A Shocking Fish Story That Will Give You Pause

American writer and humorist Mark Twain, a master of language and noted lecturer, once offered, “The right word may be effective, but no word was ever as effective as a rightly timed pause.” 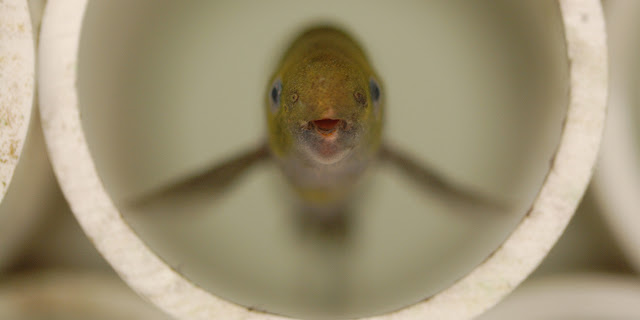 Electric fish and today’s TED talk speakers take a page from Twain’s playbook. They pause before sharing something particularly meaningful. Pauses also prime the sensory systems to receive new and important information, according to research from Washington University in St. Louis.
Carlson 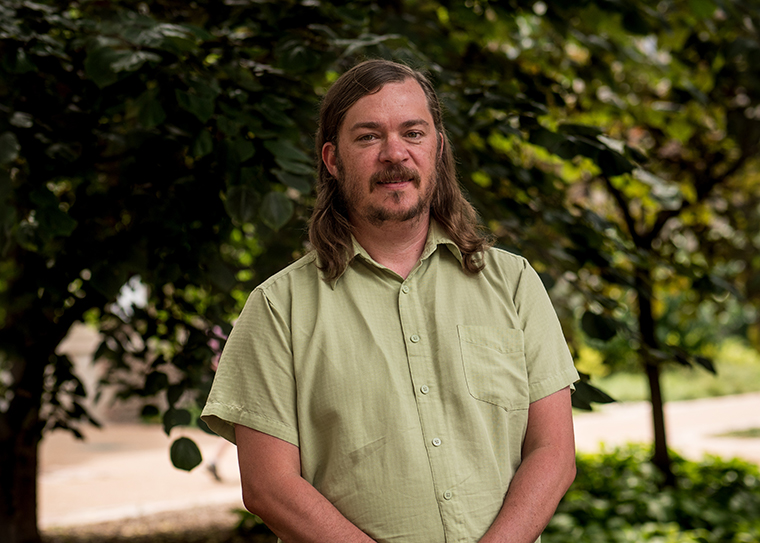 “There is an increased response in listeners to words — or in this case, electrical pulses — that happens right after a pause,” said Bruce Carlson, professor of biology in Arts & Sciences and corresponding author of the study published May 26 in Current Biology. “Fish are basically doing the same thing we do to communicate effectively.”

Beyond discovering interesting parallels between human language and electric communication in fish, the research reveals an underlying mechanism for how pauses allow neurons in the midbrain to recover from stimulation.

Carlson and collaborators, including first author Tsunehiko Kohashi, formerly a postdoctoral research associate at Washington University, conducted their study with electric fish called mormyrids. These fish use weak electric discharges, or pulses, to locate prey and to communicate with one another.

The scientists tracked the banter between fish housed under different conditions. They observed that electric fish that were alone in their tanks tend to hum along without stopping very much, producing fewer and shorter pauses in electric output than fish housed in pairs. What’s more, fish tended to produce high frequency bursts of pulses right after they paused.

The scientists then tried an experiment where they inserted artificial pauses into ongoing communication between two fish. They found that the fish receiving a pause — the listeners — increased their own rates of electric signaling just after the artificially inserted pauses. This result indicates that pauses were meaningful to the listeners.

Other researchers have studied the behavioral significance of pauses in human speech. Human listeners tend to recognize words better after pauses, and effective speakers tend to insert pauses right before something that they want to have a significant impact.

“Human auditory systems respond more strongly to words that come right after a pause, and during normal, everyday conversations, we tend to pause just before speaking words with especially high-information content,” Carlson said. “We see parallels in our fish where they respond more strongly to electrosensory stimuli that come after a pause. We also find that fish tend to pause right before they produce a high-frequency burst of electric pulses, which carries a large amount of information.” 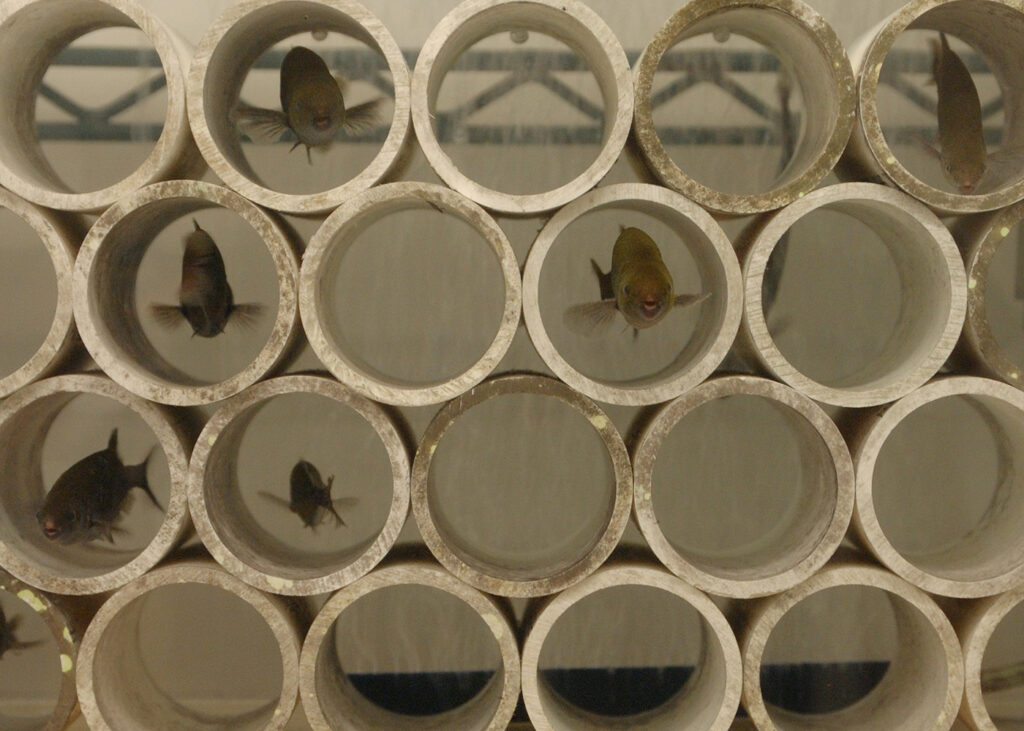 The scientists wanted to understand the underlying neural mechanism that causes these effects. They applied stimulation to electrosensory neurons in the midbrain of the electric fish and observed that continually stimulated neurons produced weaker and weaker responses. This progressive weakness is referred to as short-term synaptic depression.

The scientists inserted pauses into the continuous stimulation. They found that pauses as short as about one second allowed the synapses to recover from short-term depression and increased the response of the postsynaptic neurons to stimuli following the pause.

“Pauses inserted in electric speech reset the sensitivity of the listener’s brain, which was depressed during the continuous part of the speech,” Kohashi said. “Pauses seem to make the following message as clear as possible for the listener.”

Synaptic depression and recovery are universal in the nervous system, the researchers noted.

“We expect the same mechanism, more or less, plays a role in pauses during communication in other animals, including humans,” Carlson said.

Invisible but Mighty Particles above the Earth Come into Focus

Tiny charged electrons and protons which can damage satellites and alter the ozone have revealed some of their mysteries to University of Otago scientists.
An artist's depiction with cutaway section of the two giant donuts of radiation, called the Van Allen Belts, that surround Earth. 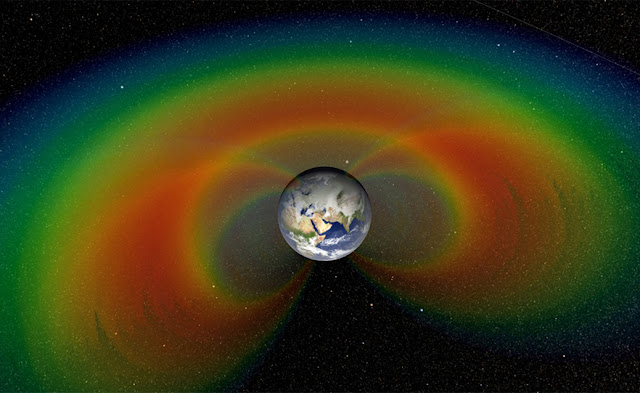 In a study, published in Geophysical Research Letters, the group looked at charged particles interacting with a type of radio wave called ‘EMIC’ – a wave generated in Earth's radiation belts (invisible rings of charged particles orbiting the Earth). 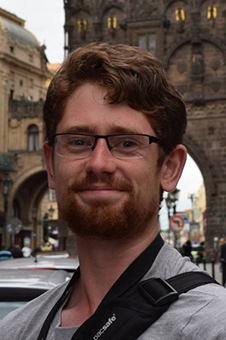 Lead author Dr Aaron Hendry, of the Department of Physics, says it is important to understand how these waves affect the belts – which are filled with expensive and important satellites – and Earth’s climate.

“Much like the Earth's atmosphere, the Earth’s magnetosphere – the region around the Earth where our magnetic field is stronger than the Sun’s – sometimes experiences strong ‘storms’, or periods of high activity. These storms can cause significant changes to the number of particles in the radiation belts and can accelerate some of them to very high speeds, making them a danger to our satellites. Knowing how many of these particles there are, as well as how fast they're moving, is very important to us, so that we can make sure our satellites keep working.

“Activity within the radiation belts can sometimes cause the orbits of these particles to change. If these changes bring the particles low enough to reach the Earth's upper atmosphere, they can hit the dense air, lose all of their energy and fall out of orbit.

“EMIC waves are known to be able to cause these changes and drive the loss of particles from the radiation belts. As well as causing beautiful light displays that we call aurora, this rain of particles can also cause complex chemical changes to the upper atmosphere that can in turn cause small, but important, changes the amount of ozone present in atmosphere.

“Although these changes are small, understanding them is very important to properly understanding how the chemistry of the atmosphere works, how it is changing over time, and the impact it is having on the climate,” Dr Hendry says.

For their latest study, the researchers used data from GPS satellites to look at how many electrons EMIC waves can knock into the Earth's atmosphere.

A general rule in the radiation belts is that at slower speeds, you have many more electrons. So, if the minimum speed of the EMIC wave interaction is lowered, there are a lot more electrons around to interact with waves.

“Excitingly, we have also seen changes in the number of electrons at speeds significantly lower than the current 'accepted' minimum speed. This means that EMIC can affect much larger numbers of electrons than we previously thought possible. Clearly, we need to rethink how we’re modelling this interaction, and the impact it has on the radiation belts. There are a lot of electrons in the radiation belts, so being able to knock enough of them into the atmosphere to make a noticeable change is quite remarkable.

Dr Hendry says the impact of EMIC-driven electrons on atmospheric chemistry is not currently being included by major climate models, which try to predict how the Earth's climate will change over time, so making sure this process is understood and included in these models is very important.

“The changes are very small compared to things like the human impact on climate, but we need to understand the whole picture in order to properly understand how everything fits together.”