How Long Is a Day on Venus? Scientists Crack Mysteries of Our Closest Neighbor

Venus is an enigma. It’s the planet next door and yet reveals little about itself. An opaque blanket of clouds smothers a harsh landscape pelted by acid rain and baked at temperatures that can liquify lead.

Now, new observations from the safety of Earth are lifting the veil on some of Venus’ most basic properties. By repeatedly bouncing radar off the planet’s surface over the last 15 years, a UCLA-led team has pinned down the precise length of a day on Venus, the tilt of its axis and the size of its core. The findings are published today in the journal Nature Astronomy.

Fundamentals such as how many hours are in a Venusian day provide critical data for understanding the divergent histories of Venus and Earth, UCLA researchers say. 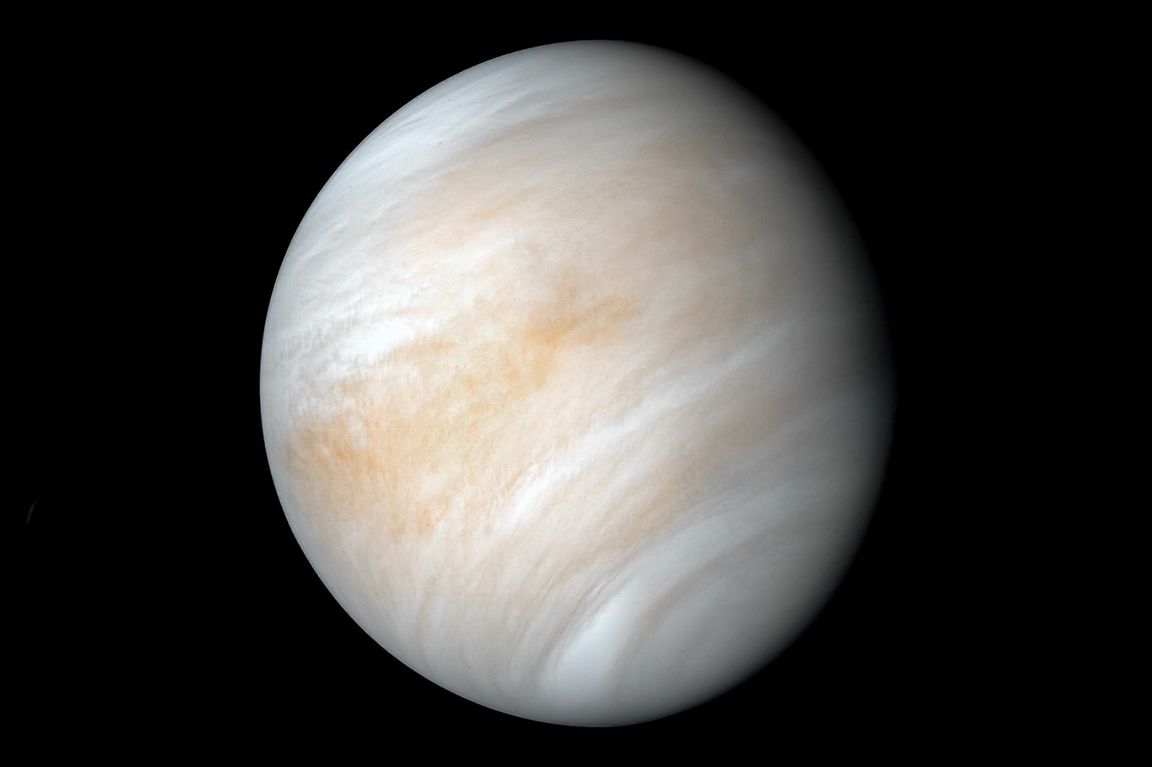 NASA/JPL-Caltech
“Venus is our sister planet, and yet these fundamental properties have remained unknown,” said Jean-Luc Margot, a UCLA professor of Earth, planetary and space sciences who led the research.

Earth and Venus have a lot in common: Both rocky planets have nearly the same size, mass and density. And yet they evolved along wildly different paths. Fundamentals such as how many hours are in a Venusian day provide critical data for understanding the divergent histories of these neighboring worlds.

Changes in Venus’ spin and orientation reveal how mass is spread out within. Knowledge of its internal structure, in turn, fuels insight into the planet’s formation, its volcanic history and how time has altered the surface. Plus, without precise data on how the planet moves, any future landing attempts could be off by as much as 30 kilometers.

The new radar measurements show that an average day on Venus lasts 243.0226 Earth days — roughly two-thirds of an Earth year. What's more, the rotation rate of Venus is always changing: A value measured at one time will be a bit larger or smaller than a previous value. The team estimated the length of a day from each of the individual measurements, and they observed differences of at least 20 minutes.

“That probably explains why previous estimates didn’t agree with one another,” Margot said.

Venus’ heavy atmosphere is likely to blame for the variation. As it sloshes around the planet, it exchanges a lot of momentum with the solid ground, speeding up and slowing down its rotation. This happens on Earth too, but the exchange adds or subtracts just one millisecond from each day. The effect is much more dramatic on Venus because the atmosphere is roughly 93 times as massive as Earth’s, and so it has a lot more momentum to trade.

The UCLA-led team also reports that Venus tips to one side by precisely 2.6392 degrees (Earth is tilted by about 23 degrees), an improvement on the precision of previous estimates by a factor of 10. The repeated radar measurements further revealed the glacial rate at which the orientation of Venus’ spin axis changes, much like a spinning child’s top. On Earth, this “precession” takes about 26,000 years to cycle around once. Venus needs a little longer: about 29,000 years.

With these exacting measurements of how Venus spins, the team calculated that the planet’s core is about 3,500 kilometers across — quite similar to Earth — though they cannot yet deduce whether it’s liquid or solid.

Venus as a giant disco ball

On 21 separate occasions from 2006 to 2020, Margot and his colleagues aimed radio waves at Venus from the 70-meter–wide Goldstone antenna in California’s Mojave Desert. Several minutes later, those radio waves bounced off Venus and came back to Earth. The radio echo was picked up at Goldstone and at the Green Bank Observatory in West Virginia.

“We use Venus as a giant disco ball,” said Margot, with the radio dish acting like a flashlight and the planet’s landscape like millions of tiny reflectors. “We illuminate it with an extremely powerful flashlight — about 100,000 times brighter than your typical flashlight. And if we track the reflections from the disco ball, we can infer properties about the spin [state].” 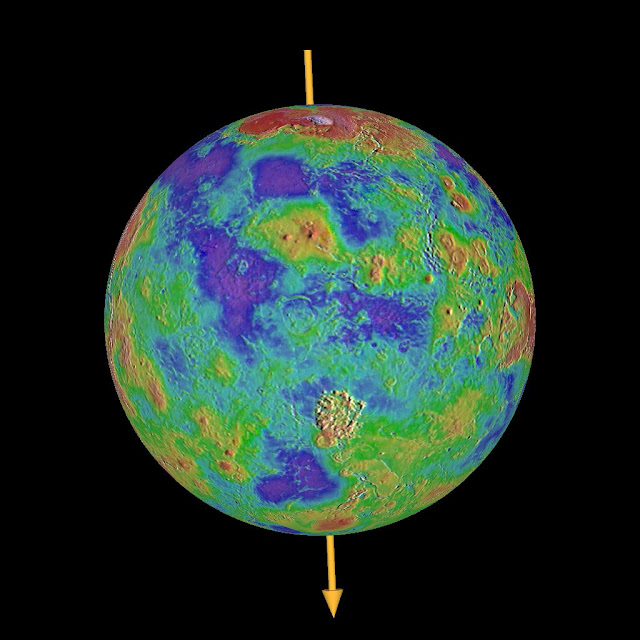 The complex reflections erratically brighten and dim the return signal, which sweeps across Earth. The Goldstone antenna sees the echo first, then Green Bank sees it roughly 20 seconds later. The exact delay between receipt at the two facilities provides a snapshot of how quickly Venus is spinning, while the particular window of time in which the echoes are most similar reveals the planet’s tilt.

The observations required exquisite timing to ensure that Venus and Earth were properly positioned. And both observatories had to be working perfectly — which wasn’t always the case. “We found that it’s actually challenging to get everything to work just right in a 30-second period,” Margot said. “Most of the time, we get some data. But it’s unusual that we get all the data that we’re hoping to get.”

Despite the challenges, the team is forging ahead and has turned its sights on Jupiter’s moons Europa and Ganymede. Many researchers strongly suspect that Europa, in particular, hides a liquid water ocean beneath a thick shell of ice. Ground-based radar measurements could fortify the case for an ocean and reveal the thickness of the ice shell.

And the team will continue bouncing radar off of Venus. With each radio echo, the veil over Venus lifts a little bit more, bringing our sister planet into ever sharper view.

This research was supported by NASA, the Jet Propulsion Laboratory and the National Science Foundation.

Other researchers who contributed to the study are Donald Campbell of Cornell University; Jon Giorgini, Joseph Jao and Lawrence Snedeker of the Jet Propulsion Laboratory; and Frank Ghigo and Amber Bonsall of the National Radio Astronomy Observatory in West Virginia.