Around 120 million years ago, the earth experienced an extreme environmental disruption that choked oxygen from its oceans.

Known as oceanic anoxic event (OAE) 1a, the oxygen-deprived water led to a minor — but significant — mass extinction that affected the entire globe. During this age in the Early Cretaceous Period, an entire family of sea-dwelling nannoplankton virtually disappeared.

By measuring calcium and strontium isotope abundances in nannoplankton fossils, Northwestern earth scientists have concluded the eruption of the Ontong Java Plateau large igneous province (LIP) directly triggered OAE1a. Roughly the size of Alaska, the Ontong Java LIP erupted for seven million years, making it one of the largest known LIP events ever. During this time, it spewed tons of carbon dioxide (CO2) into the atmosphere, pushing Earth into a greenhouse period that acidified seawater and suffocated the oceans.
Calcium carbonate samples from a sediment core drilled from the mid-Pacific Mountains. 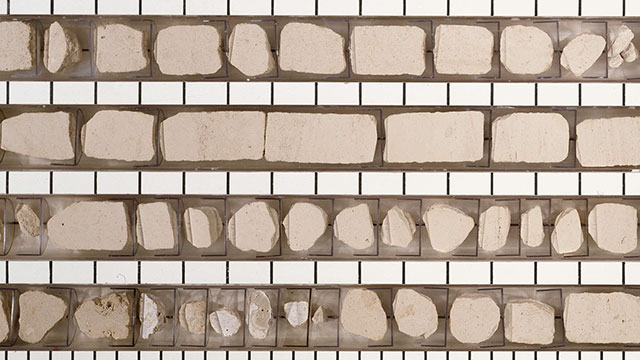 The study was published online last week (Dec. 16) in the journal Geology. It is the first study to apply stable strontium isotope measurements to the study of ancient ocean anoxic events.

Andrew Jacobson, Bradley Sageman and Matthew Hurtgen — all professors of earth and planetary sciences at Northwestern’s Weinberg College of Arts and Sciences — coauthored the paper. Wang is co-advised by all three professors.
Clues inside cores

Nannoplankton and many other marine organisms build their shells out of calcium carbonate, which is the same mineral found in chalk, limestone and some antacid tablets. When atmospheric CO2 dissolves in seawater, it forms a weak acid that can inhibit calcium carbonate formation and may even dissolve preexisting carbonate. 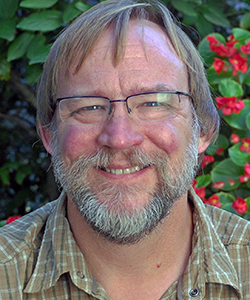 Credit: Northwestern University
To study the earth’s climate during the Early Cretaceous, the Northwestern researchers examined a 1,600-meter-long sediment core taken from the mid-Pacific Mountains. The carbonates in the core formed in a shallow-water, tropical environment approximately 127 to 100 million years ago and are presently found in the deep ocean.

“When you consider the Earth’s carbon cycle, carbonate is one of the biggest reservoirs for carbon,” Sageman said. “When the ocean acidifies, it basically melts the carbonate. We can see this process impacting the biomineralization process of organisms that use carbonate to build their shells and skeletons right now, and it is a consequence of the observed increase in atmospheric CO2 due to human activities.”
Strontium as corroborating evidence

Several previous studies have analyzed the calcium isotope composition of marine carbonate from the geologic past. The data can be interpreted in a variety of ways, however, and calcium carbonate can change throughout time, obscuring signals acquired during its formation. In this study, the Northwestern researchers also analyzed stable isotopes of strontium — a trace element found in carbonate fossils — to gain a fuller picture.
'
Andrew Jacobson 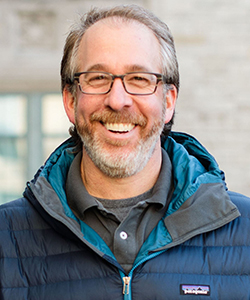 “Calcium isotope data can be interpreted in a variety of ways,” Jacobson said. “Our study exploits observations that calcium and strontium isotopes behave similarly during calcium carbonate formation, but not during alteration that occurs upon burial. In this study, the calcium-strontium isotope ‘multi-proxy’ provides strong evidence that the signals are ‘primary’ and relate to the chemistry of seawater during OAE1a.”

“Stable strontium isotopes are less likely to undergo physical or chemical alteration over time,” Wang added. “Calcium isotopes, on the other hand, can be easily altered under certain conditions.”

Researchers have long suspected that LIP eruptions cause ocean acidification. “There is a direct link between ocean acidification and atmospheric CO2 levels,” Jacobson said. “Our study provides key evidence linking eruption of the Ontong Java Plateau LIP to ocean acidification. This is something people expected should be the case based on clues from the fossil record, but geochemical data were lacking.”
Modeling future warming

By understanding how oceans responded to extreme warming and increased atmospheric CO2, researchers can better understand how earth is responding to current, human-caused climate change. Humans are currently pushing the earth into a new climate, which is acidifying the oceans and likely causing another mass extinction.

“The difference between past greenhouse periods and current human-caused warming is in the timescale,” Sageman said. “Past events have unfolded over tens of thousands to millions of years. We’re making the same level of warming (or more) happen in less than 200 years.”

“The best way we can understand the future is through computer modeling,” Jacobson added. “We need climate data from the past to help shape more accurate models of the future.”

The study, “Stable Ca and Sr isotopes support volcanically-triggered biocalcification crisis during Oceanic Anoxic Event 1a,” was supported by the David and Lucile Packard Foundation (award number 2007-31757) and the National Science Foundation (award number EAR-0723151). This work was jump-started with supported from the Ubben Program for Climate and Carbon Science at Northwestern University, which funded previous, related work on the topic.