Poor Nutrition in School Years May Have Created 7.8 Inch Height Gap across Nations

A new global analysis, led by Imperial College London, has assessed the height and weight of school-aged children and adolescents across the world.

The research is published in the journal The Lancet. 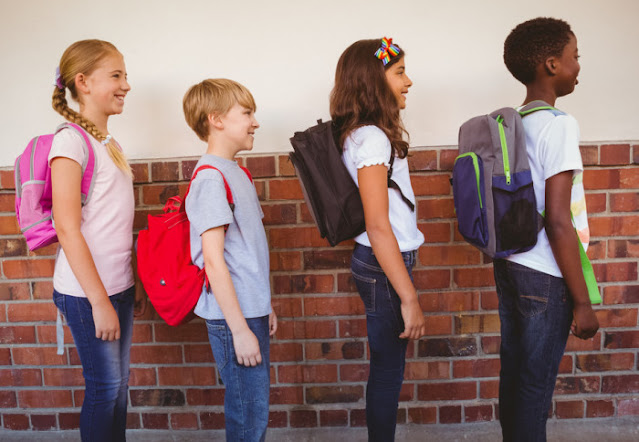 Credit:  Imperial College London
The study, which used data from 65 million children aged five to 19 years old in 193 countries, revealed that school-aged children’s height and weight, which are indicators of their health and quality of their diet, vary enormously around the world.

Country-by-country data is available on this link: http://www.ncdrisc.org/data-visualisations.html

There was a 20cm (7.87 inches0 difference between 19-year-olds in the tallest and shortest nations – this represented an eight-year growth gap for girls, and a six-year growth gap for boys. For instance, the study revealed that the average 19-year-old girl in Bangladesh and Guatemala (the nations with the world’s shortest girls) is the same height as an average 11-year-old girl in the Netherlands, the nation with the tallest boys and girls.

The international team behind the study warn that highly variable childhood nutrition, especially a lack of quality food, may lead to stunted growth and a rise in childhood obesity – affecting a child’s health and wellbeing for their entire life.

Manchester United and England star, and child poverty campaigner, Marcus Rashford MBE tweeted about the study.: Give this a read to better understand the importance of the Healthy Start voucher scheme. ‘UK children and adolescents are less healthy compared to other wealthy countries because of inadequate access to nutritious food.’

The research, which reported data from 1985 to 2019, revealed that the nations with the tallest 19-year-olds in 2019 were in northwest and central Europe, and included the Netherlands, Montenegro, Denmark and Iceland.

These nations with the shortest 19-year-olds in 2019 were mostly in south and southeast Asia, Latin America and East Africa, including Timor-Leste, Papua New Guinea, Guatemala and Bangladesh.

The largest improvements in average height of children over the 35-year period were seen in emerging economies such as China, South Korea and some parts of southeast Asia. For example, 19-year old boys in China in 2019 were 8 cm taller than in 1985, with their global rank changing from 150th tallest in 1985 to 65th in 2019. In contrast the height of children, especially boys, in many Sub-Saharan African nations has stagnated or reduced over these decades.

The study also assessed children’s Body Mass Index (BMI) – a measure of height to weight ratio, which gives an indication of whether a person has a healthy weight for their height. The analysis found that 19-year-olds with the largest BMI were found in the Pacific islands, Middle East, USA and New Zealand. The BMI of 19-year-olds was lowest in south Asian countries such as India and Bangladesh. The difference between the lightest and the heaviest BMIs in the study was around nine units of BMI (equivalent to around 25 kg of weight).
Lack of healthy nutrition in school years

The research team explain the analysis also revealed that, in many nations, children at age five had a height and weight in the healthy range, defined by the World Health Organization (WHO). However, after this age, children in some countries have experienced too small an increase in height, and gained too much weight, compared to the potential for healthy growth.

The team say the most important reason for this is the lack of adequate and healthy nutrition and living environment in the school years, as both height and weight gains are closely linked to the quality of a child’s diet.

Professor Majid Ezzati, senior author of the study from Imperial’s School of Public Health said: “Children in some countries grow healthily to five years, but fall behind in school years. This shows that there is an imbalance between investment in improving nutrition in pre-schoolers, and in school-aged children and adolescents. This issue is especially important during the COVID-19 pandemic when schools are closed throughout the world, and many poor families are unable to provide adequate nutrition for their children.”

Dr Andrea Rodriguez Martinez, the lead author of the study from Imperial’s School of Public Health, added: “Our findings should motivate policies that increase the availability and reduce the cost of nutritious foods, as this will help children grow taller without gaining excessive weight for their height. These initiatives include food vouchers towards nutritious foods for low-income families, and free healthy school meal programmes which are particularly under threat during the pandemic. These actions would enable children to grow taller without gaining excessive weight, with lifelong benefits for their health and wellbeing.”