Earthquakes, have been used by scientists to develop a universal scaling law for the sense of touch.

A team, led by researchers at the University of Birmingham, used Rayleigh waves to create the first scaling law for touch sensitivity. The results are published in Science Advances.

The researchers are part of a European consortium (H-Reality) that are already using the theory to develop new Virtual Reality technologies that incorporate the sense of touch. 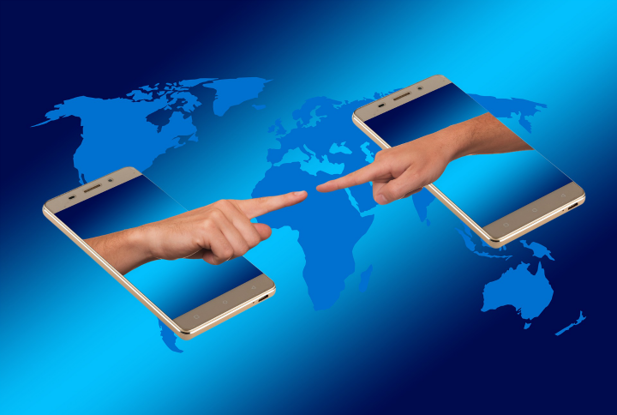 Credit: University of Birmingham
Rayleigh waves are created by impact between objects and are commonly thought to travel only along surfaces. The team discovered that, when it comes to touch, the waves also travel through layers of skin and bone and are picked up by the body’s touch receptor cells.

Using mathematical modelling of these touch receptors the researchers showed how the receptors were located at depths that allowed them to respond to Rayleigh waves. The interaction of these receptors with the Rayleigh waves will vary across species, but the ratio of receptor depth vs wavelength remains the same, enabling the universal law to be defined.

The mathematics used by the researchers to develop the law is based on approaches first developed over a hundred years ago to model earthquakes. The law supports predictions made by the Nobel-Prize-winning physicist Georg von Békésy who first suggested the mathematics of earthquakes could be used to explore connections between Rayleigh waves and touch.

The team also found that the interaction of the waves and receptors remained even when the stiffness of the outermost layer of skin changed. The ability of the receptors to respond to Rayleigh waves remained unchanged despite the many variations in this outer layer caused by, age, gender, profession, or even hydration.

Dr Tom Montenegro-Johnson, of the University of Birmingham’s School of Mathematics, led the research. He explains: “Touch is a primordial sense, as important to our ancient ancestors as it is to modern day mammals, but it’s also one of the most complex and therefore least understood. While we have universal laws to explain sight and hearing, for example, this is the first time that we’ve been able to explain touch in this way.”

James Andrews, co-author of the study at the University of Birmingham, adds: “The principles we’ve defined enable us to better understand the different experiences of touch among a wide range of species. For example, if you indent the skin of a rhinoceros by 5mm, they would have the same sensation as a human with a similar indentation – it’s just that the forces required to produce the indentation would be different. This makes a lot of sense in evolutionary terms, since it’s connected to relative danger and potential damage.”

The work was funded by the European Union’s Horizon 2020 research and innovation programme, under collaborative project “H-Reality” (grant 801413, hreality.eu). The other institutions involved in the project are Ultraleap Ltd. (UK), Actronika (France), TU Delft (The Netherlands), and CNRS (France).