Researchers at the Institute of Industrial Science at The University of Tokyo sifted through experimental data to probe the possibility that supercooled water has a liquid-to-liquid phase transition between disordered and tetrahedrally structured forms. They found evidence of a critical point based on the cooperative formation of tetrahedra, and show its minor role in water's anomalies. This work shows that water's special qualities--which are essential for life--originate predominantly from the two-state feature.

Liquid water is indispensable for life as we know it, yet many of its properties do not conform with the way other fluids behave. Some of these anomalies, such as water's maximum density at 4°C and its large heat capacity, have important implications for living organisms. The origin of these features has sparked fierce debates in the scientific community since the time of Röntgen.
Water (H2O) is actually a bent molecule. Oxygen has two lone pairs of electrons that do not bond with another atom. Since water is a tetrahedral molecule, the lone pairs must be adjacent to each other. When this happens, the lone pairs exert a repulsive force on each other effectively bending the entire molecule. This bent nature generates polarity in the water molecule 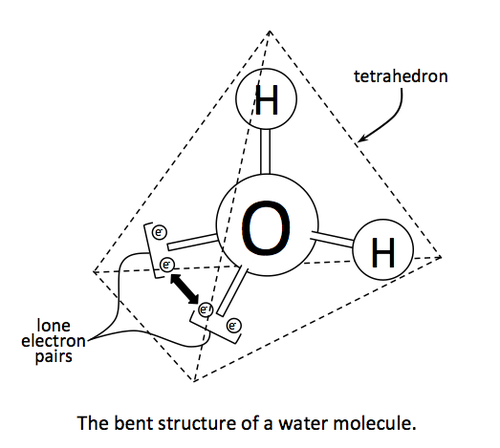 Credit: Thebiologyprimer / Wikimedia Commons
Now, researchers at The University of Tokyo have utilized a two-state model that posits the dynamical coexistence of two types of molecular structures in liquid water. These are the familiar disordered normal-liquid structure and a locally favored tetrahedral structure. As with many other phase transitions, there may be a "critical point" at which the correlation between tetrahedra takes on a power-law form, which means there will no longer be any "typical" length scale.
Scientists at The University of Tokyo use a two-state model based on the formation of tetrahedral structures to explain water's anomalous properties and the surprising liquid-liquid transition of water 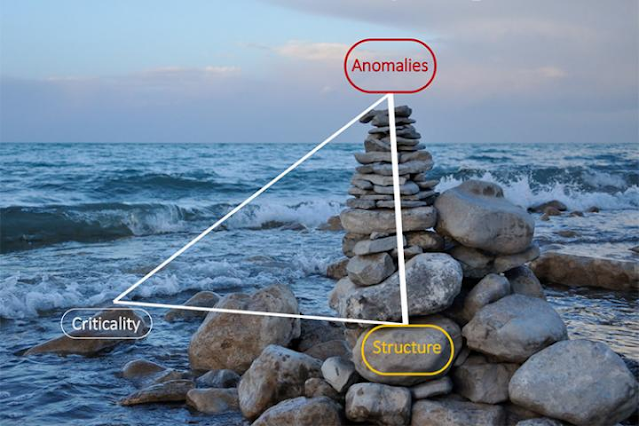 Credit: Institute of Industrial Science, the University of Tokyo

Using computer simulations of water molecules, along with a comprehensive analysis of experimental structural, thermodynamic, and dynamic data--including X-ray scattering, density, compressibility, and viscosity measurements--the researchers were able to narrow down where a critical point should be, if it exists.

"If the formation of tetrahedral structures in liquid water is cooperative under these conditions, then a liquid-liquid phase transition with a critical point is possible," lead author Rui Shi says.

The team showed that this occurs around a temperature of ?90°C and a pressure of about 1,700 atmospheres. Experiments in this range are exceedingly difficult: because the water is so far below its normal freezing, ice crystals can quickly form. However, samples can remain liquid in a metastable "supercooled" state at these very high pressures.

"We saw evidence that the critical point is real, but its effect is almost negligible in the experimentally accessible region of liquid water because it is too far from the critical point. This means that water's anomalies come from the two-state feature and not from criticality," senior author Hajime Tanaka says. The scientists anticipate that this project will lead to the convergence of the long debate on the origin of water's anomalies and more experimental research to access the second critical point of water.

Institute of Industrial Science (IIS), the University of Tokyo is one of the largest university-attached research institutes in Japan.