"Smoking Gun" Evidence of Supernova Near Earth 2.5 Million Years Ago

When the brightness of the star Betelgeuse dropped dramatically a few months ago, some observers suspected an impending supernova - a stellar explosion that could also cause damage on Earth. While Betelgeuse has returned to normal, physicists from the Technical University of Munich (TUM) have found evidence of a supernova that exploded near the Earth around 2.5 million years ago.
The life of stars with a mass more than ten times that of our sun ends in a supernova, a colossal stellar explosion. This explosion leads to the formation of iron, manganese and other heavy elements.

In layers of a manganese crust that are around two and a half million years old a research team led by physicists from the Technical University of Munich has now confirmed the existence of both iron-60 and manganese-53.

This manganese crust started to grow about 20 million years ago. It grew layer by layer until it was retrieved a few years ago and analyzed in the Maier-Leibnitz-Laboratory at the Technical University of Munich. In layers that are around 2.5 million years old, the researchers found iron-60 and elevated levels of manganese-53. Their occurrence is evidence of a near-Earth supernova 2.5 million years ago. 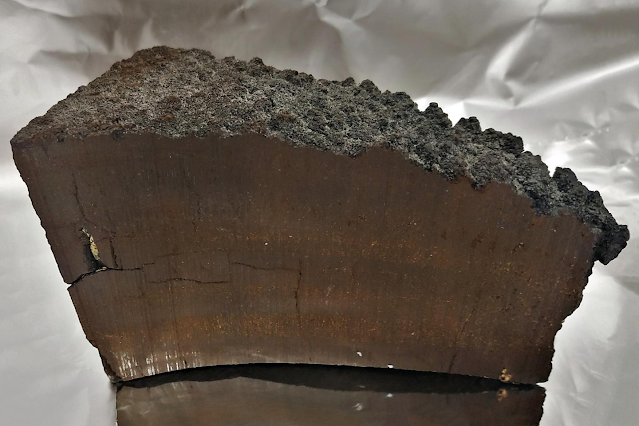 Credit: Dominik Koll / TUM
"The increased concentrations of manganese-53 can be taken as the "smoking gun" - the ultimate proof that this supernova really did take place," says first author Dr. Gunther Korschinek.

While a very close supernova could inflict massive harm to life on Earth, this one was far enough away. It only caused a boost in cosmic rays over several thousand years. "However, this can lead to increased cloud formation," says co-author Dr. Thomas Faestermann. "Perhaps there is a link to the Pleistocene epoch, the period of the Ice Ages, which began 2.6 million years ago."

Typically, manganese occurs on earth as manganese-55. Manganese-53, on the other hand, usually stems from cosmic dust, like that found in the asteroid belt of our solar system. This dust rains down onto the earth continuously; but only rarely do we perceive larger specks of dust that glow as meteorites.
This picture of the dramatic nebula around the bright red supergiant star Betelgeuse was created from images taken with the VISIR infrared camera on ESO’s Very Large Telescope (VLT). 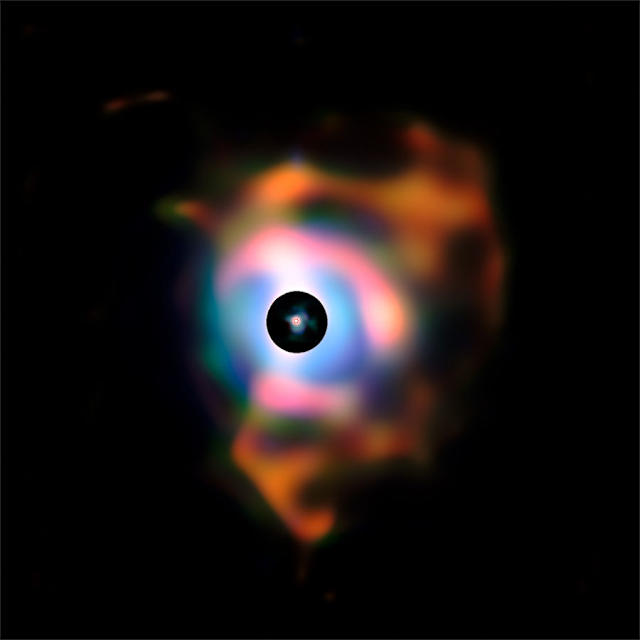 New sediment layers that accumulate year for year on the sea floor preserve the distribution of the elements in manganese crusts and sediment samples. Using accelerator mass spectrometry, the team of scientists has now detected both iron-60 and increased levels of manganese-53 in layers that were deposited about two and a half million years ago.

"This is investigative ultra-trace analysis," says Korschinek. "We are talking about merely a few atoms here. But accelerator mass spectrometry is so sensitive that it even allows us to calculate from our measurements that the star that exploded must have had around 11 to 25 times the size of the sun."

The researchers were also able to determine the half-life of manganese-53 from comparisons to other nuclides and the age of the samples. The result: 3.7 million years. To date, there has only been a single measurement to this end worldwide.

The research was funded by the German Research Foundation as part of the Cluster of Excellence "Origin and Structure of the Universe". In addition to the Technical University of Munich, the Laboratorio TANDAR, the Comisión Nacional de Energía Atómica, San Martín (Argentina), the Consejo Nacional de Investigaciones Científicas y Tecnicas (CONICET), Buenos Aires (Argentina) and the Helmholtz Center in Dresden-Rossendorf were participated in the research.