A University of Copenhagen chemist has invented a cutting-edge green technology that uses CO2 to convert seawater into drinking water — within minutes. The plan is to use the desalination technology to replace electricity with CO2 and use it in survival gear and large-scale industrial plants in areas where people lack clean drinking water.
Jiwoong Lee, of the University of Copenhagen’s Department of Chemistry, has invented a groundbreaking technology that uses of CO2 to convert seawater into drinking water without electricity. 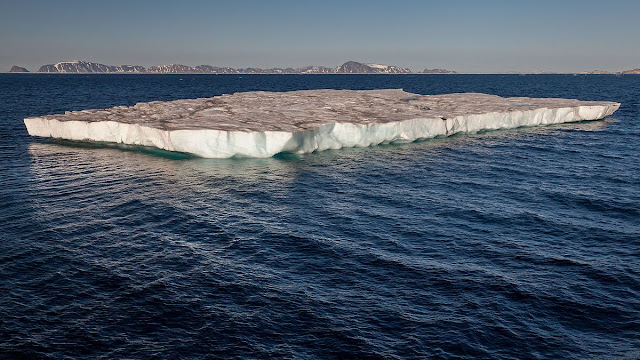 Credit: Andreas Weith / Wikimedia Commons
More than 800 million people around the world lack access to clean drinking water. And according to the United Nations, the figure will swell to 3.3 billion by 2030. As seawater is already a vital source of drinking water in many parts of the world, the need to find smarter desalination methods increases by the day.

One of the fundamental challenges facing modern day water desalination is energy consumption. Desalination plants use vast amounts of fossil fuel-generated electricity, and in so doing, contribute to climate change.

Jiwoong Lee, of the University of Copenhagen’s Department of Chemistry, has invented a groundbreaking technology that uses of CO2 to convert seawater into drinking water without electricity.

"It's a bit like the SodaStream machine that many people have in their kitchens. You add some CO2 to the water, after which a chemical process begins. But instead of using the CO2 for bubbly carbonation, we use it to separate salt from water," explains Jiwoong Lee, who, in addition to being a Department of Chemistry researcher and assistant professor, is the founder and CSO of CowaTech ApS, the spinout that patented his invention.
Desalinated water in less than 10 minutes

The technology works by adding the compound diamine to saltwater. The type of diamine used is CO2-responsive, meaning that the substance’s behaviour can be controlled when it comes into contact with CO2. The diamine binds with the added CO2 and thereafter acts as a sponge to absorb the salt, which can then be separated. The entire process takes 1-10 minutes. Once the CO2 is removed, the salt is released again – allowing for the chemicals to be reused for several more rounds of desalination.

In the laboratory, the method can in principle remove 99.6 percent of the salt content in seawater. The technology is still being developed to, among other things, lower its price and optimise the recycling process with minimum energy consumption.

"I've always wanted to apply my chemistry research towards something good. People usually associate chemistry with things that pollute water. But by using the same technologies that we pollute it with, we can do just the opposite. And instead of emitting CO2, we put it to good use," says Jiwoong Lee.
Bottle bound

For the time being, the technology needs to be tested on a smaller scale. This will be done in water bottles outfitted with specially designed filters that can be used in lifeboats or as gear for outdoors activities. CowaTech, in collaboration with the engineering company Kapacitet A/S, has produced a prototype bottle that will be ready in 2-3 months.

In the long term, the goal is to apply the technology on a much larger scale, as an alternative to today's desalination plants. Here, the plan is to deploy the technology to supplement reverse osmosis plants – the desalination method which currently dominates the market. In doing so, CowaTech expects to be able to reduce energy consumption by 50 percent.

Lee's hope is that the technology will eventually be able to make use of CO2 sucked from the atmosphere. This is a field that Jiwoong Lee and his research group are also researching.

Jiwoong Lee and his research group have been nominated for the University of Copenhagen’s Innovation Award 2020.


FACTS:
Fresh water accounts for only 2.5% of the planet’s water supply. The remaining 97.5% of Earth’s water is salt water.

There are approximately 16,000 desalination plants around the planet, distributed across 177 countries. (source: UNU-INWEH)

The energy consumption of CowaTech technology is expected to be less than 0.5 kWh per cubic meter of desalinated water. This makes it a much more energy efficient alternative to the leading technologies on the market.

Find out more about CowaTech Aps and its desalination technology at: www.cowatech.dk

The research has received funding from the VILLUM FOUNDATION’s Villum Young Investigator programme, the Ministry of Environment and Food of Denmark’s MUDP programme, and Innovation Fund Denmark’s Innobooster programme.