An 80,000-year-old Neanderthal reveals cultural and genetic affinities between Poland and the Northern Caucasus

A new study by an international team reports the oldest mitochondrial genome of a Neanderthal from Central-Eastern Europe. The mitochondrial genome of the tooth, discovered at the site of Stajnia Cave in Poland, is closer to a Neanderthal specimen from the Caucasus than to the contemporaneous Neanderthals of Western Europe. Stone tools found at the site are also analogous to the southern regions suggesting that Neanderthals living in the steppe/taiga environment had a broader foraging radius than previously envisaged. The Prut and Dniester rivers were probably used as the main corridors of dispersal from Poland to the Caucasus. 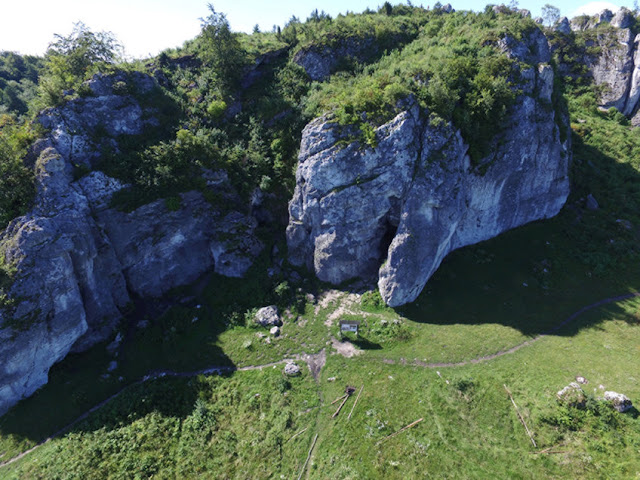 Around 100,000 years ago, the climate worsened abruptly and the environment of Central-Eastern Europe shifted from forested to open steppe/taiga habitat, promoting the dispersal of wooly mammoth, wooly rhino and other cold adapted species from the Arctic. Neanderthals living in these territories suffered severe demographic contractions due to the new ecological conditions and only returned to the areas above 48° N latitude during climatic ameliorations. However, in spite of the discontinuous settlement, specific bifacial stone tools persisted in Central-Eastern Europe from the beginning of this ecological shift until the demise of the Neanderthals.

This cultural tradition is named Micoquian, and spread across the frosty environment between eastern France, Poland and the Caucasus. Previous genetic analyses showed that two major demographic turnover events in Neanderthal history are associated with the Micoquian cultural tradition. At ~90,000 years ago, western European Neanderthals replaced the local Altai Neanderthals population in Central Asia. Successively, by at least ~45,000 years ago, western European Neanderthals substituted the local groups in the Caucasus.

The paper led by researchers of the Max Planck Institute for Evolutionary Anthropology in Germany, Wrocław University, Institute of Systematics and Evolution of Animals Polish Academy of Sciences, and University of Bologna reports the oldest mitochondrial genome of a Neanderthal found in Central-Eastern Europe. The molecular age of ~80,000 years places the tooth from Stajnia Cave in this important period of Neanderthal history when the environment was characterized by extreme seasonality and some groups dispersed eastwards to Central Asia. “Poland, located at the crossroad between the Western European Plains and the Urals, is a key region in understanding these migrations and for solving questions about the adaptability and biology of Neanderthals in periglacial habitat. The Stajnia S5000 molar is truly an exceptional find that sheds light on the debate over the wide distribution of the Micoquian artefacts”, says Andrea Picin, lead author of the study and Postdoctoral Researcher at the Max Planck Institute for Evolutionary Anthropology in Leipzig.
Genetic analysis

Neanderthal remains associated with the Micoquian cultural tradition are very few and genetic information has only been extracted from samples of Germany, Northern Caucasus and Altai. “We were aware of the geographical importance of this tooth for adding more chronological points in the distribution map of genetic information of Neanderthals”, says Mateja Hajdinjak, co-author of the paper and Postdoctoral Researcher at the Max Planck Institute for Evolutionary Anthropology. “We found that the mitochondrial genome of Stajnia S5000 was closest to the one of a Mezmaiskaya 1 Neanderthal from the Caucasus. We then used the molecular genetic clock in order to determine its approximate age. Although the molecular branch shortening approach comes with a wide error range, crossing the information with the archaeological record permitted us to place the fossil at the beginning of the Last Glacial”.

The tooth was discovered in 2007 during fieldwork directed by Mikołaj Urbanowski, co-author of the paper, within animal bones and a few stone tools. The opening of the cave was probably too narrow for prolonged settlement, and Neanderthal occupations were short-term. The site could have been a logistical location settled during forays into the Kraków-Częstochowa Upland.

“We were thrilled when the genetic analysis revealed that the tooth was at least ~80,000 years old. Fossils of this age are very difficult to find and, generally, the DNA is not well preserved”, say Wioletta Nowaczewska of Wrocław University and Adam Nadachowski from the Institute of Systematics and Evolution of Animals Polish Academy of Sciences, co-authors of the paper. “At the beginning, we thought that the tooth was younger since it was found in an upper layer. We were aware that Stajnia Cave is a complex site, and post-depositional frost disturbance mixed artefacts between layers. We are happily surprised by the result”. Concerning the paleoanthropological features, Stefano Benazzi of Bologna University, co-author of the paper, adds, “The morphology of the tooth is typical of Neanderthal, which was also confirmed by the genetic analysis. The worn condition of the crown suggests that it belonged to an adult”.
Neanderthals in periglacial environments 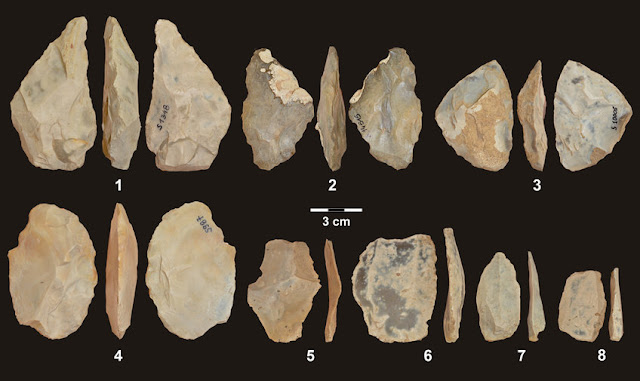 Archaeologists have been puzzled for a long time by the resilience of Neanderthals in these regions and by the persistence of Micoquian stone tools for more than 50,000 years across a huge area. Beyond the taphonomic issues, the lithic assemblage of Stajnia displays a set of features that are common to several key sites in Germany, Crimea, Northern Caucasus and Altai. These similarities are likely the result of increasing mobility of Neanderthal groups that frequently moved across the Northern and Eastern European Plains chasing cold adapted migratory animals. The Prut and Dniester rivers were probably used as the main corridors of dispersal from Central Europe to the Caucasus. Similar corridors could also have been used at ~45,000 years ago when other western Neanderthals carrying Micoquian stone tools replaced local populations at Mezmaiskaya Cave in the Caucasus.

In summarizing the wider implications of this study, Sahra Talamo from the University of Bologna says, “The multidisciplinary approach is always the best way to better contextualize a challenging archeological site, as is evident in this research. The result of the Neanderthal of Stajnia is a great example showing that the molecular clock is incredibly effective for dates older than 55,000 years BP”.