Ancient Volcanoes Once Boosted Ocean Carbon, But Humans Are Now Far Outpacing Them

A new study of an ancient period that is considered the closest natural analog to the era of modern human carbon emissions has found that massive volcanism sent great waves of carbon into the oceans over thousands of years--but that nature did not come close to matching what humans are doing today. The study estimates that humans are now introducing the element three to eight times faster, or possibly even more. The consequences for life both in the water and on land are potentially catastrophic. The findings appear this week in the journal Proceedings of the National Academy of Sciences.

A living foraminifera, a type of marine plankton, that researchers grew in laboratory culture. To reconstruct past climate, fossilized specimens are collected from deep sea sediments. 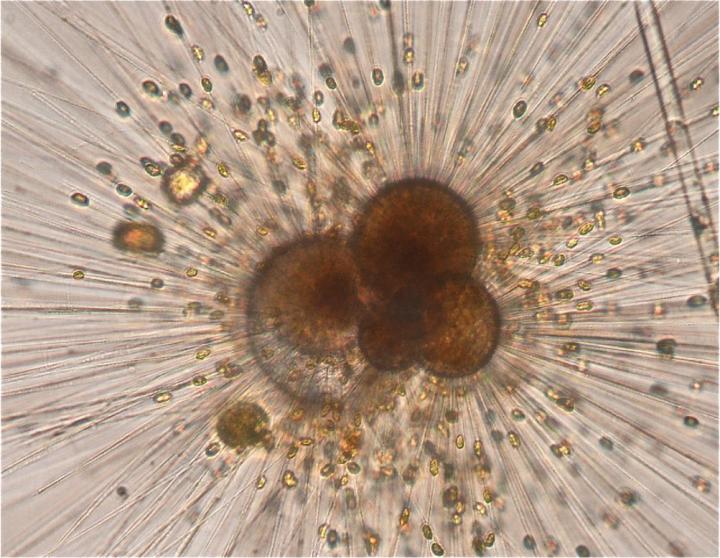 Researchers at Columbia University's Lamont-Doherty Earth Observatory examined ocean conditions 55.6 million years ago, a time known as the Paleocene-Eocene Thermal Maximum (PETM). Before this, the planet was already considerably warmer than it is today, and the soaring CO2 levels of the PETM drove temperatures up another 5 to 8 degrees C (9 to 14 degrees F). The oceans absorbed large amounts of carbon, spurring chemical reactions that caused waters to become highly acidic, and killing or impairing many marine species.

Scientists have known about the PETM carbon surge for years, but until now, have been shaky on what caused it. Aside from volcanism, hypotheses have included the sudden dissolution of frozen methane (which contains carbon) from ocean-floor muds, or even a collision with a comet. Researchers have also been uncertain about how much carbon dioxide was present in the air, and thus how much the oceans took in. The new study solidifies both the volcano theory, and the amount of carbon that was released into the air.

The research is directly relevant to today, said lead author Laura Haynes, who did the research as a graduate student at Lamont-Doherty. "We want to understand how the earth system is going to respond to rapid CO2 emissions now," she said. "The PETM is not the perfect analog, but it's the closest thing we have. Today, things are moving much faster." Haynes is now an assistant professor at Vassar College.

Up to now, marine studies of the PETM have relied on scant chemical data from the oceans, and assumptions based on a certain degree of guesswork that researchers fed into computer models.

The authors of the new study got at the questions more directly. They did this by culturing tiny shelled marine organisms called foraminifera in seawater that they formulated to resemble the highly acidic conditions of the PETM. They recorded how the organisms took up the element boron into their shells during growth. They then compared these data with analyses of boron from fossilized foraminifera in Pacific and Atlantic ocean-floor cores that span the PETM. This allowed them to identify carbon-isotope signatures associated with specific carbon sources. This indicated that volcanoes were the main source--probably from massive eruptions centered around what is now Iceland, as the North Atlantic ocean opened up, and northern North America and Greenland separated from northern Europe.

Study coauthor Bärbel Hönisch captures foraminifera eight miles off Puerto Rico, near the ocean surface. Specimens were brought back to the lab to be incubated in controlled conditions. 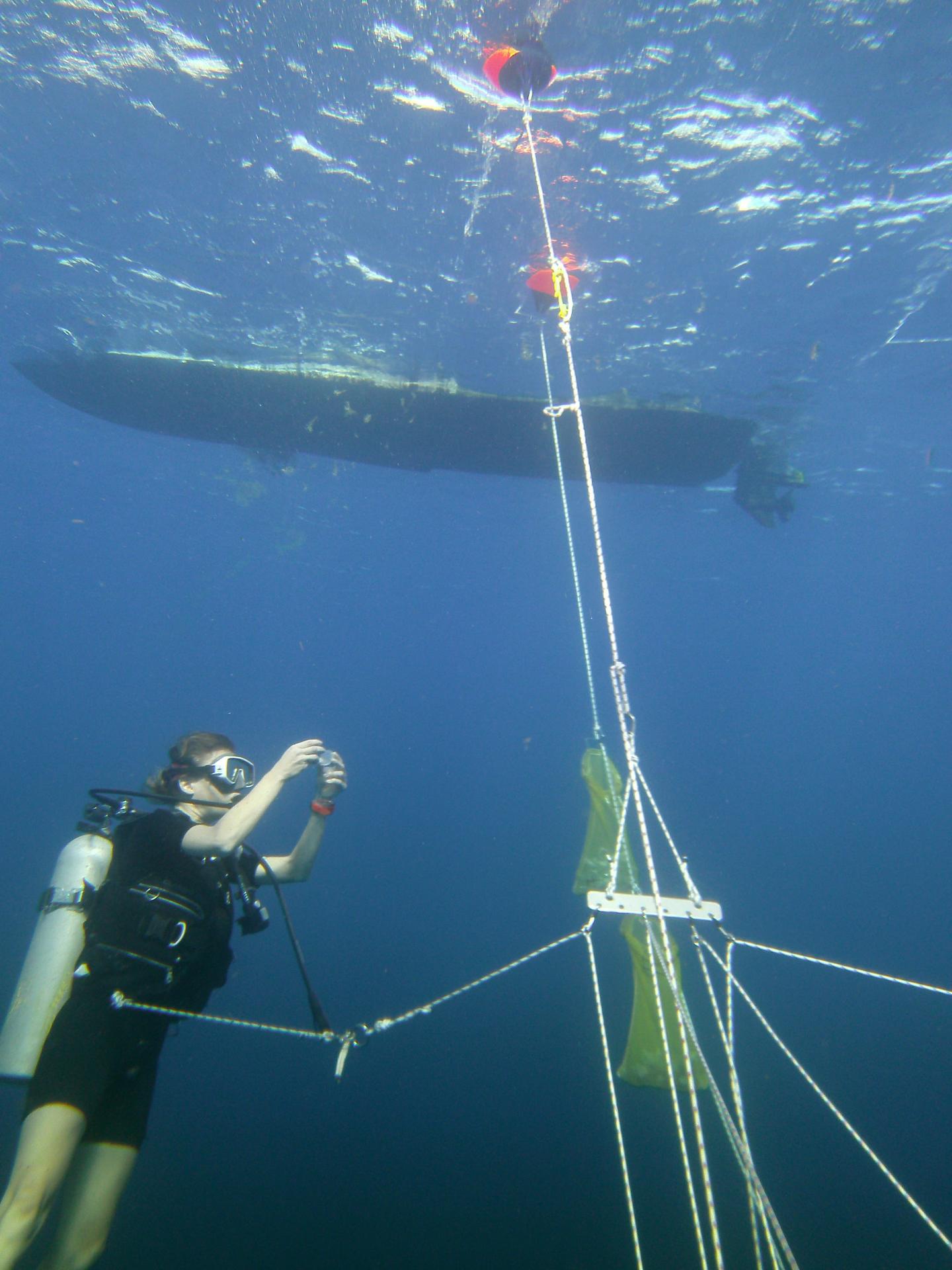 The researchers say the carbon pulses, which others estimate lasted for at least 4,000 to 5,000 years, added as much as 14.9 quadrillion metric tons of carbon to the oceans--a two-thirds increase over their previous content. The carbon would have come from CO2 emitted directly by the eruptions, the combustion of surrounding sedimentary rocks, and some methane welling up from the depths. As the oceans absorbed carbon from the air, waters became highly acidic, and remained that way for tens of thousands of years. There is evidence that this killed off much deep-sea life, and probably other marine creatures as well.

Today, human emissions are causing carbon dioxide in the atmosphere to skyrocket, and the oceans are again absorbing much of it. The difference is that we are introducing it much faster than the volcanoes did--within decades instead of millennia. Atmospheric levels have shot up from about 280 parts per million in the 1700s to about 415 today, and they are on a path to keep rising rapidly. Atmospheric levels would already be much higher if the oceans were not absorbing so much. As they do, rapid acidification is starting to stress marine life.

"If you add carbon slowly, living things can adapt. If you do it very fast, that's a really big problem," said the study's coauthor Bärbel Hönisch, a geochemist at Lamont-Doherty. She pointed out that even at the much slower pace of the PETM, marine life saw major die-offs. "The past saw some really dire consequences, and that does not bode well for the future," she said. "We're outpacing the past, and the consequences are probably going to be very serious."