What Were They Smoking? Non-Tobacco Plant Identified In Ancient Pipe For First Time


People in what is now Washington State were smoking Rhus glabra, a plant commonly known as smooth sumac, more than 1,400 years ago.


Replica pipes used to experimentally "smoke" tobacco and other native plants in WSU laboratories for the study. The charred residue is then extracted, chemically "fingerprinted", and compared to residue of ancient archaeological pipes. 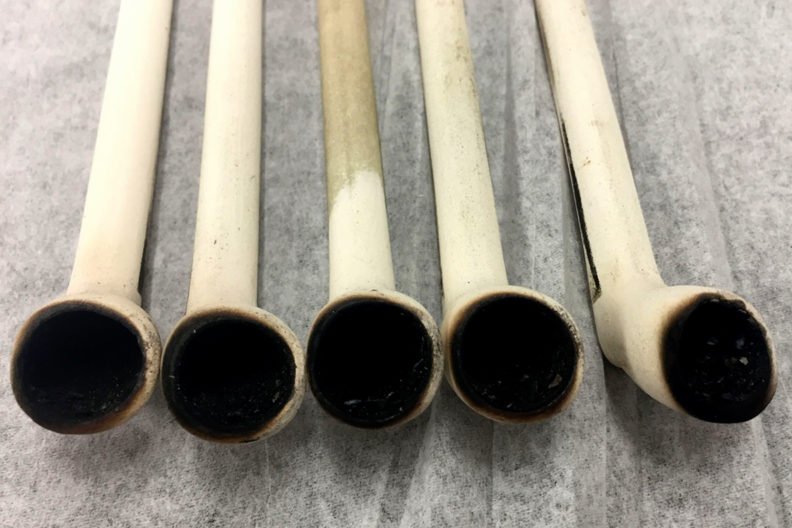 The discovery, made by a team of Washington State University researchers, marks the first-time scientists have identified residue from a non-tobacco plant in an archeological pipe.

Unearthed in central Washington, the Native American pipe also contained residue from N. quadrivalvis, a species of tobacco not currently grown in the region but that is thought to have been widely cultivated in the past. Until now, the use of specific smoking plant mixtures by ancient people in the American Northwest had only been speculated about.

“Smoking often played a religious or ceremonial role for Native American tribes and our research shows these specific plants were important to these communities in the past,” said Korey Brownstein, a former WSU Ph.D. student now at the University of Chicago and lead author of a study on the research in the journal Frontiers in Molecular Biosciences. “We think the Rhus glabra may have been mixed with tobacco for its medicinal qualities and to improve the flavor of smoke.” 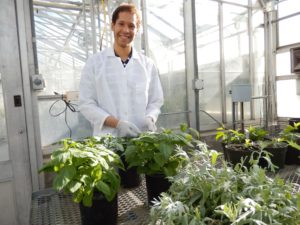 The discovery was made possible by a new metabolomics-based analysis method that can detect thousands of plant compounds or metabolites in residue collected from pipes, bowls and other archeological artifacts. The compounds can then be used to identify which plants were smoked or consumed.

“Not only does it tell you, yes, you found the plant you’re interested in, but it also can tell you what else was being smoked,” said David Gang, a professor in WSU’s Institute of Biological Chemistry and a co-author of the study. “It wouldn’t be hyperbole to say that this technology represents a new frontier in archaeo-chemistry.”

Previously, the identification of ancient plant residues relied on the detection of a limited number of biomarkers, such as nicotine, anabasine, cotinine and caffeine. Gang said the issue with this approach is while the presence of a biomarker like nicotine shows tobacco was smoked it doesn’t distinguish which species it was.

“Also, if you are only looking for a few specific biomarkers, you aren’t going to be able to tell what else was consumed in the artifact,” Gang said.

In addition to identifying the first non-tobacco plant smoked in an archaeological pipe, the WSU researchers’ work also helps elucidate the complex evolution of tobacco trade in the American Northwest. 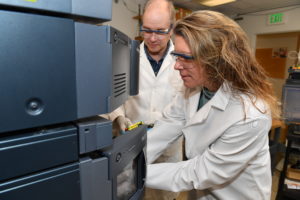 Analysis of a second pipe that was used by people living in Central Washington after Euro-American contact revealed the presence of a different tobacco species, N. rustica, which was grown by native peoples on the east coast of what is now the United States.

“Our findings show Native American communities interacted widely with one another within and between ecological regions, including the trade of tobacco seeds and materials,” said Shannon Tushingham, an assistant professor of anthropology at WSU and co-author of the study. “The research also casts doubt on the commonly held view that trade tobacco grown by Europeans overtook the use of natively-grown smoke plants after Euro-American contact.”

Moving forward, the WSU researchers’ work could ultimately help scientists studying ancient societies in the Americas and elsewhere around the globe identify which plant species ancient people were consuming, providing important information about the evolution of drug use and similar plant-human dynamics. 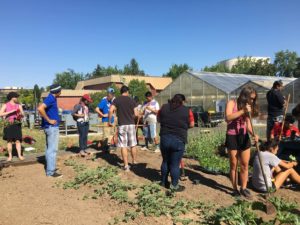 Closer to home, the WSU team is also putting their work to use helping confirm connections between ancient plant management practices from before the arrival of Western settlers with cultural traditions of modern indigenous communities such as the Nez Perce. The researchers shared their work with members of the tribe who also used some of the seeds from the study to grow some of the pre-contact tobacco. The smoking of tobacco is a sacred tradition for Native American groups including the Nez Perce, Colville and other northwest Tribes and before now it was impossible to tell which kind of tobacco their ancestors smoked.

“We took over an entire greenhouse to grow these plants and collected millions of seeds so that the Nez Perce people could reintroduce these native plants back onto their land,” Brownstein said. “I think these kinds of projects are so important because they help build trust between us and tribal communities and show that we can work together to make discoveries.”