Innovation by ancient farmers to improve soil fertility continues to have an impact on the biodiversity of the Amazon, a major new study shows.

Early inhabitants fertilized the soil with charcoal from fire remains and food waste. Areas with this “dark earth” have a different set of species than the surrounding landscape, contributing to a more diverse ecosystem with a richer collection of plant species, researchers from the State University of Mato Grosso in Brazil and the University of Exeter have found. 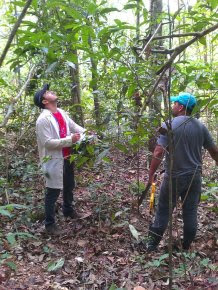 The legacy of this land management thousands of years ago means there are thousands of these patches of dark earth dotted around the region, most around the size of a small field. This is the first study to measure the difference in vegetation in dark and non-dark earth areas in mature forests across a region spanning a thousand kilometers.

The team of ecologists and archaeologists studied abandoned areas along the main stem of the Amazon River near Tapajós and in the headwaters of the Xingu River Basin in southern Amazonia.

This is a map of the Amazon River drainage basin with the Xingu River highlighted.

Lead author Dr Edmar Almeida de Oliveira said: “This is an area where dark earth lush forests grow, with colossal trees of different species from the surrounding forest, with more edible fruit trees, such as taperebá and jatobá.”

The number of indigenous communities living in the Amazon collapsed following European colonization of the region, meaning many dark earth areas were abandoned.

The study, published in the journal Global Ecology and Biogeography, reveals for the first time the extent to which pre-Columbian Amerindians influenced the current structure and diversity of the Amazon forest of the areas they once farmed.

Researchers sampled around 4,000 trees in southern and eastern Amazonia. Areas with dark earth had a significantly higher pH and more nutrients that improved soil fertility. Pottery shards and other artefacts were also found in the rich dark soils.

Professor Ben Hur Marimon Junior, from the State University of Mato Grosso, said: “Pre-Columbian indigenous people, who fertilized the poor soils of the Amazon for at least 5,000 years, have left an impressive legacy, creating the dark earth, or Terras Pretas de Índio”

This 30 May 2006 image of the Xingu River in Brazil was acquired by Envisat's Medium Resolution Imaging Spectrometer (MERIS). It clearly highlights the contrast between the rainforest and sprawling urbanisation 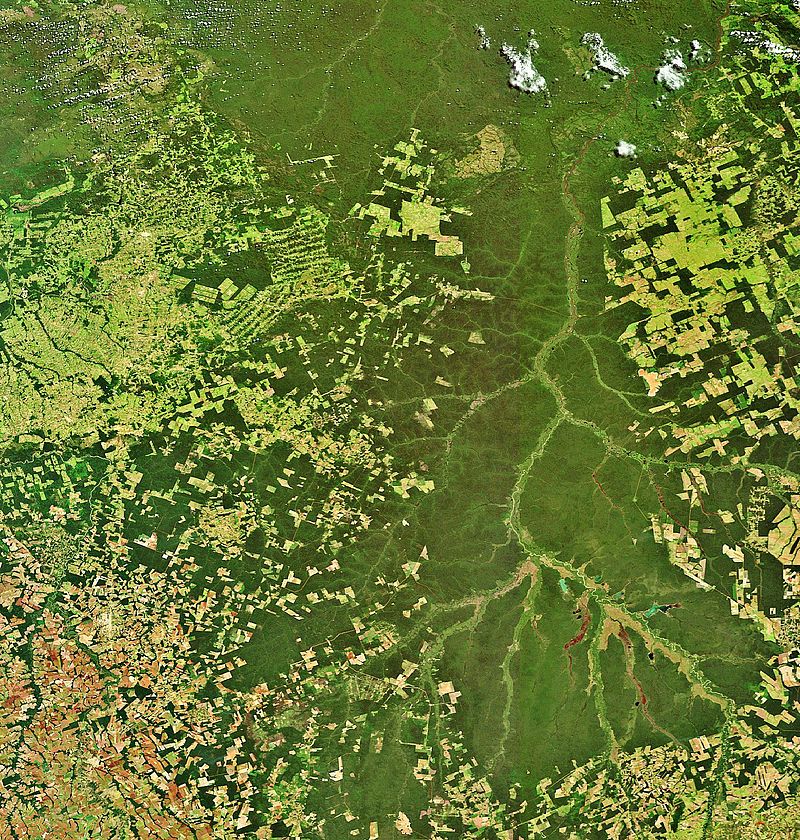 Professor José Iriarte, an archaeologist from the University of Exeter, said: “By creating dark earth early inhabitants of the Amazon were able to successfully cultivate the soil for thousands of years in an agroforestry system

Dr Ted Feldpausch, from the University of Exeter, who co-authored the study with Dr Luiz Aragão from the National Institute for Space Research (INPE) in Brazil, said: “After being abandoned for hundreds of years, we still find a fingerprint of the ancient land-use in the forests today as a legacy of the pre-Colombian Amazonian population estimated in millions of inhabitants.

“We are currently expanding this research across the whole Amazon Basin under a project funded by the UK Natural Environment Research Council (NERC) to evaluate whether historical fire also affected the forest areas distant from the anthropogenic dark earths”.

Many areas with dark earth are currently cultivated by local and indigenous populations, who have had great success with their food crops. But most are still hidden in the native forest, contributing to increased tree size, carbon stock and regional biodiversity. For this reason, the lush forests of the “Terra Preta de Índio” and their biological and cultural wealth in the Amazon must be preserved as a legacy for future generations, the researchers have said. Areas with dark earth are under threat due to illegal deforestation and fire.

“Dark earth increases the richness of species, an important consideration for regional biodiversity conservation. These findings highlight the small‐scale long‐term legacy of pre‐Columbian inhabitants on the soils and vegetation of Amazonia,” said co-author Prof Beatriz Marimon, from the State University of Mato Grosso.


Contacts and sources:
University of Exeter