Herd immunity to Covid-19 could be achieved with less people being infected than previously estimated according to new research.

Mathematicians from the University of Nottingham and University of Stockholm devised a simple model categorising people into groups reflecting age and social activity level. When differences in age and social activity are incorporated in the model, the herd immunity level reduces from 60% to 43%. The figure of 43% should be interpreted as an illustration rather than an exact value or even a best estimate. The research has been published in Science. 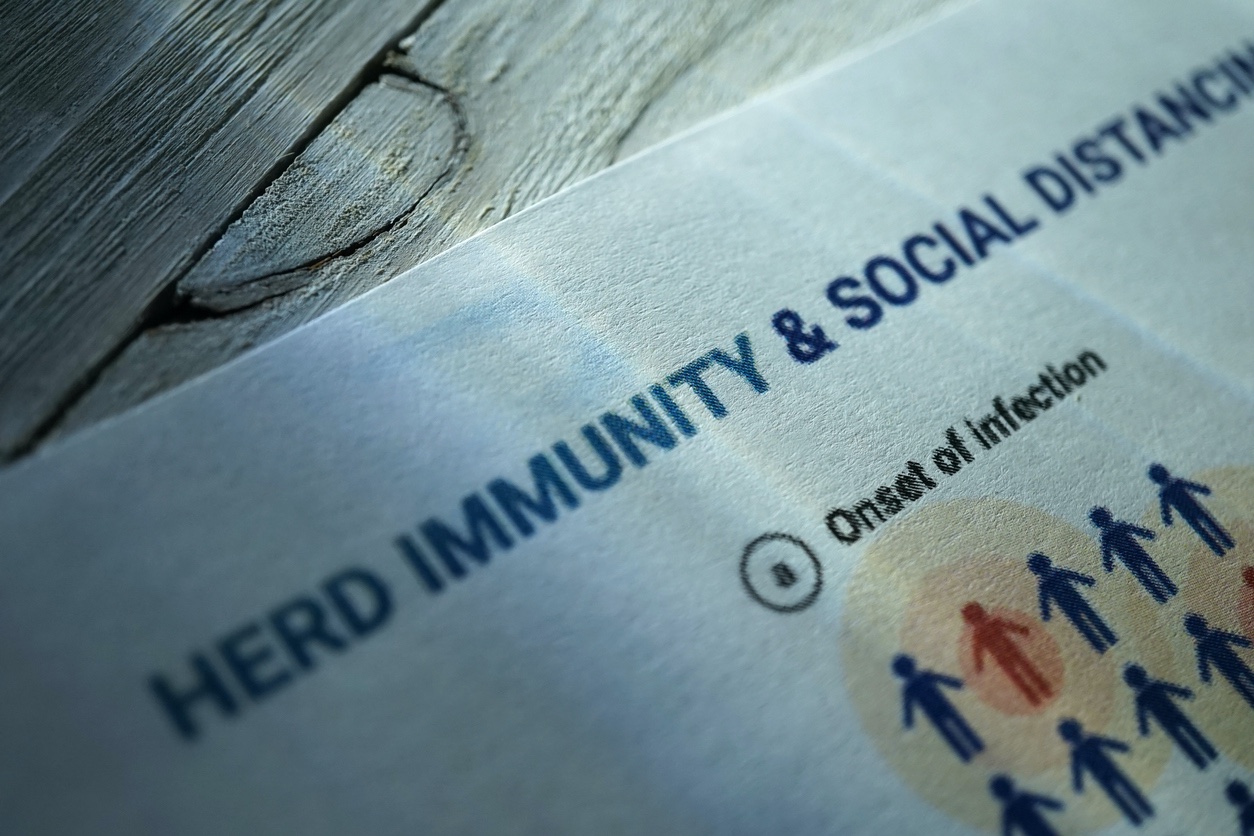 
Herd immunity happens when so many people in a community become immune to an infectious disease that is stops the disease from spreading. This happens by people contracting the disease and building up natural immunity and by people receiving a vaccine. When a large percentage of the population becomes immune to a disease, the spread of that disease slows down or stops and the chain of transmission is broken.

This research takes a new mathematical approach to estimating the herd immunity figure for a population to an infectious disease, such as the current COVID-19 pandemic. The herd immunity level is defined as the fraction of the population that must become immune for disease spreading to decline and stop when all preventive measures, such as social distancing, are lifted. For COVID-19 it is often stated that this is around 60%, a figure derived from the fraction of the population that must be vaccinated (in advance of an epidemic) to prevent a large outbreak.

The figure of 60% assumes that each individual in the population is equally likely to be vaccinated, and hence immune. However, that is not the case if immunity arises as a result of disease spreading in a population consisting of people with many different behaviours.

Professor Frank Ball from the University of Nottingham participated in the research and explains: “By taking this new mathematical approach to estimating the level for herd immunity to be achieved we found it could potentially be reduced to 43% and that this reduction is mainly due to activity level rather than age structure. The more socially active individuals are then the more likely they are to get infected than less socially active ones, and they are also more likely to infect people if they become infected. Consequently, the herd immunity level is lower when immunity is caused by disease spreading than when immunity comes from vaccination.

Our findings have potential consequences for the current COVID-19 pandemic and the release of lockdown and suggests that individual variation (e.g. in activity level) is an important feature to include in models that guide policy.”