Did Traipsing Through he African Savannah Strengthen Our Brains

Ever wonder how land animals like humans evolved to become smarter than their aquatic ancestors? You can thank the ground you walk on.

Compared to the vast emptiness of open water, land is rife with obstacles and occlusions. By providing prey with spaces to hide and predators with cover for sneak attacks, the habitats possible on land may have helped give rise to planning strategies — rather than those based on habit — for many of those animals.

But the researchers found that planning did not give our ancestors the upper hand in all landscapes. The researchers’ simulations show there is a Goldilocks level of barriers — not too few and not too many — to a predator’s perception, in which the advantage of planning really shines. In simple landscapes like open ground or packed landscapes like dense jungle, there was no advantage. 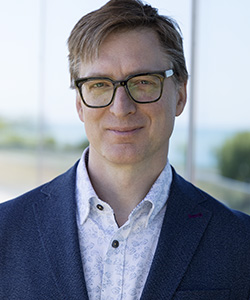 “All animals — on land or in water — had the same amount of time to evolve, so why do land animals have most of the smarts?” asked Northwestern’s Malcolm MacIver, who led the study. “Our work shows that it’s not just about what’s in the head but also about what’s in the environment.”

And, no, dolphins and whales do not fall into the category of less intelligent sea creatures. Both are land mammals that recently (evolutionarily speaking) returned to water.

The paper was published today (June 16) in the journal Nature Communications.

Moving into the African Savannah

It is the latest in a series of studies conducted by MacIver that advance a theory of how land animals evolved the ability to plan. In a follow-up study now underway with Dan Dombeck, a professor of neurobiology at Northwestern, MacIver will put the predictions generated by this computational study to the test through experiments with small animals in a robotic reconfigurable environment.

MacIver is a professor of biomedical and mechanical engineering in Northwestern’s McCormick School of Engineering and a professor of neurobiology in the Weinberg College of Arts and Sciences. Ugurcan Mugan, a Ph.D. candidate in MacIver’s laboratory, is the paper’s first author.
Simulating survival

In previous work, MacIver showed that when animals started invading land 385 million years ago, they gained the ability to see around a hundred times farther than they could in water. MacIver hypothesized that being a predator or a prey in the context of being able to see so much farther might require more brain power than hunting through empty, open water. However, the supercomputer simulations for the new study (35 years of calculations on a single PC) revealed that although seeing farther is necessary to advantage planning, it’s not sufficient. Instead, only a combination of long-range vision and landscapes with a mix of open areas and more densely vegetated zones resulted in a clear win for planning.

Can you outsmart a predator in water? On land? Play MacIver's new video game to find out how landscapes affect survival.

“We speculated that moving onto land poured jet fuel on the evolution of the brain as it may have advantaged the hardest cognitive operation there is: Envisioning the future,” MacIver said. “It could explain why we can go out for seafood, but seafood can’t go out for us.”

To test this hypothesis, MacIver and his team developed computational simulations to test the survival rates of prey being actively hunted by a predator under two different decision-making strategies: Habit-based (automatic, such as entering a password that you have memorized) and plan-based (imagining several scenarios and selecting the best one). The team created a simple, open world without visual barriers to simulate an aquatic world. Then, they added objects of varying densities to simulate land.
Survival of the smartest

“When defining complex cognition, we made a distinction between habit-based action and planning,” MacIver said. “The important thing about habit is that it is inflexible and outcome independent. That’s why you keep entering your old password for a while after changing it. In planning, you have to imagine different futures and choose the best potential outcome.”

In the simple aquatic and terrestrial environments examined in the study, survival rate was low both for prey that used habit-based actions and those that had the capability to plan. The same was true of highly packed environments, such as coral reefs and dense rainforests.

When patches of vegetation and topography are interspersed with wide open areas similar to a savanna, however, simulations showed that planning results in a huge survival payoff compared to habit-based movements. Because planning increases the chance of survival, evolution would have selected for the brain circuitry that allowed animals to imagine future scenarios, evaluate them and then enact one.

“With patchy landscapes, there is an interplay of transparent and opaque regions of space and long-range vision, which means that your movement can hide or reveal your presence to an adversary,” MacIver said. “Terra firma becomes a chess board. With every movement, you have a chance to unfurl a strategy.

“Interestingly,” he noted, “when we split off from life in the trees with chimpanzees nearly seven million years ago and quickly quadrupled in brain size, paleoecology studies point to our having invaded patchy landscapes, similar to those our study highlights. And in our simulations, those patchy landscapes gave the biggest payoff for strategic thinking.”