The first confirmed heartbeat of a supermassive black hole is still going strong more than ten years after first being observed.

X-ray satellite observations spotted the repeated beat after its signal had been blocked by our Sun for a number of years. 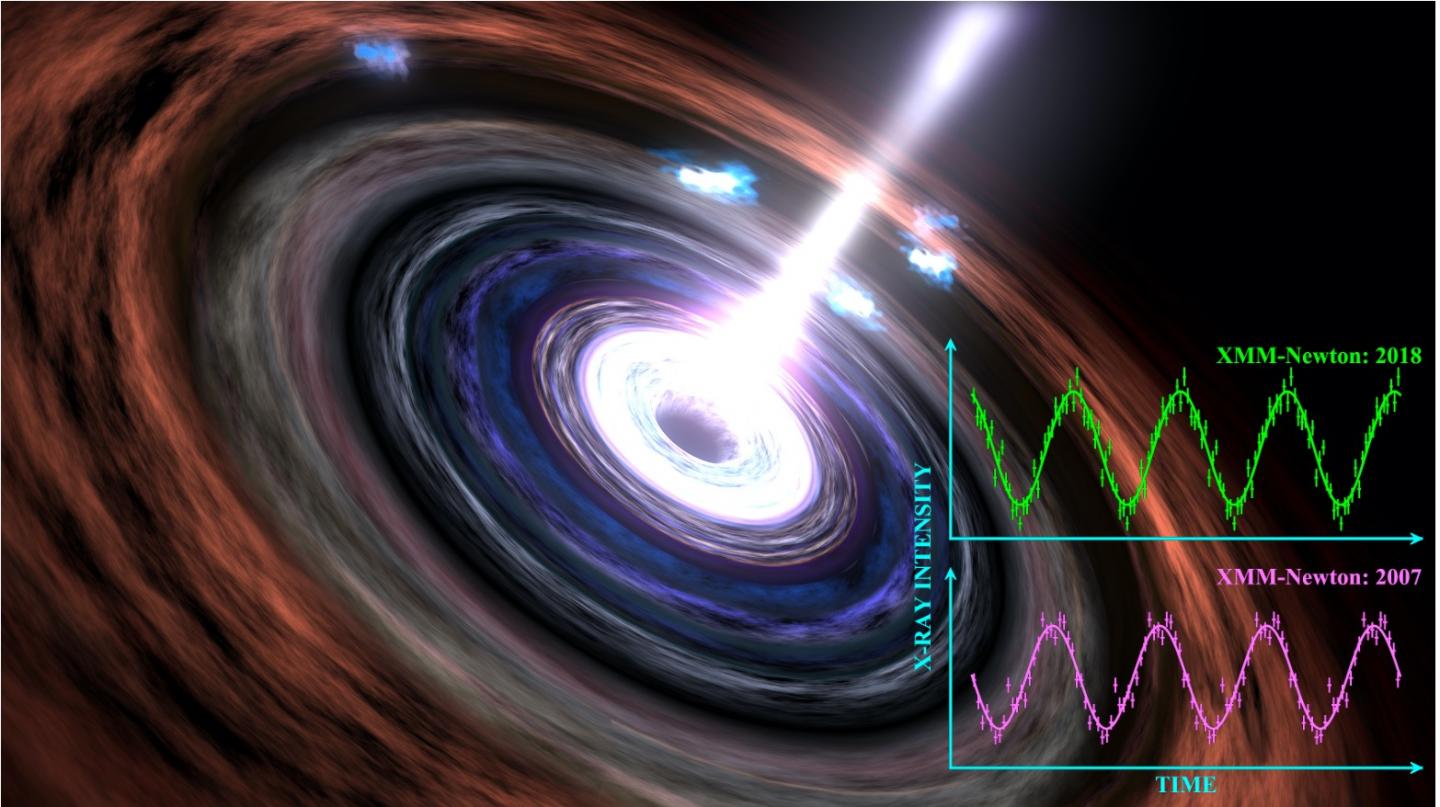 Our astronomers say this is the most long lived heartbeat ever seen in a black hole and tells us more about the size and structure close to its event horizon – the space around a black hole from which nothing, including light, can escape.

The black hole’s heartbeat was first detected in 2007 at the centre of a galaxy called RE J1034+396 which is approximately 600 million light years from Earth.

The signal from this galactic giant repeated every hour and this behaviour was seen in several snapshots taken before satellite observations were blocked by our Sun in 2011.
In 2018 the European Space Agency’s XMM-Newton X-ray satellite was able to finally re-observe the black hole and to scientists’ amazement the same repeated heartbeat could still be seen.

Matter falling on to a supermassive black hole, as it feeds from its surroundings, releases an enormous amount of power from a comparatively tiny region of space, but this is rarely seen as a specific repeatable pattern like a heartbeat.

The time between beats can tell us about the size and structure of the matter close to the black hole’s event horizon.

The heartbeat also proves that such signals arising from a supermassive black hole can be very strong and persistent.

The next step in the research is to perform a comprehensive analysis of this intriguing signal, and compare it with the behaviour of stellar-mass black holes in our Milky Way.

Find out more
Read the research paper in Monthly Notices of the Royal Astronomical Society.
Durham’s involvement in the research was conducted by Professor Chris Done and Professor Martin Ward in our Centre for Extragalactic Astronomy. The study was led by Dr Chichuan Jin of the National Astronomical Observatories, Chinese Academy of Sciences. Dr Chichuan is a former PhD student at Durham who was supported by the Durham Doctoral Fellowship.
Undergraduate and postgraduate study in Physics at Durham.
The research was funded in the UK by the UKRI Science and Technology Facilities Council.