An international research team has been stunned to discover that some species of ancient crocodiles walked on their two hind legs like dinosaurs and measured over three metres in length.

A reconstruction of the ancient landscape of South Korea with crocodile track-makers. 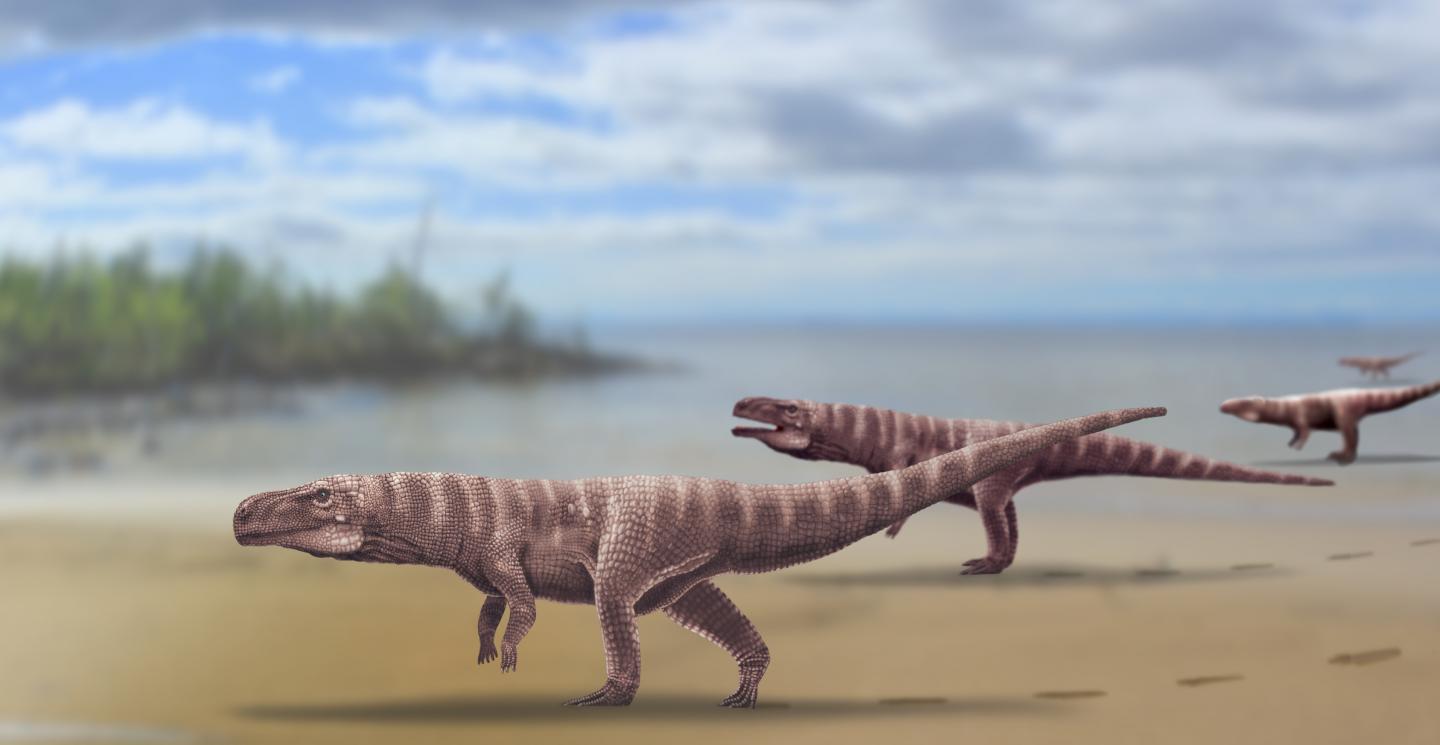 University of Queensland palaeontologist Dr Anthony Romilio said the researchers first thought the similar-shaped fossilised footprints were from another ancient animal known as the pterosaurs.

"At one site, the footprints were initially thought to be made by a giant bipedal pterosaur walking on the mudflat, we now understand that these were bipedal crocodile prints," Dr Romilio said.

"The footprints measure around 24 centimetres, suggesting the track-makers had legs about the same height as human adult legs.

"These were long animals that we estimate were over three metres in length. 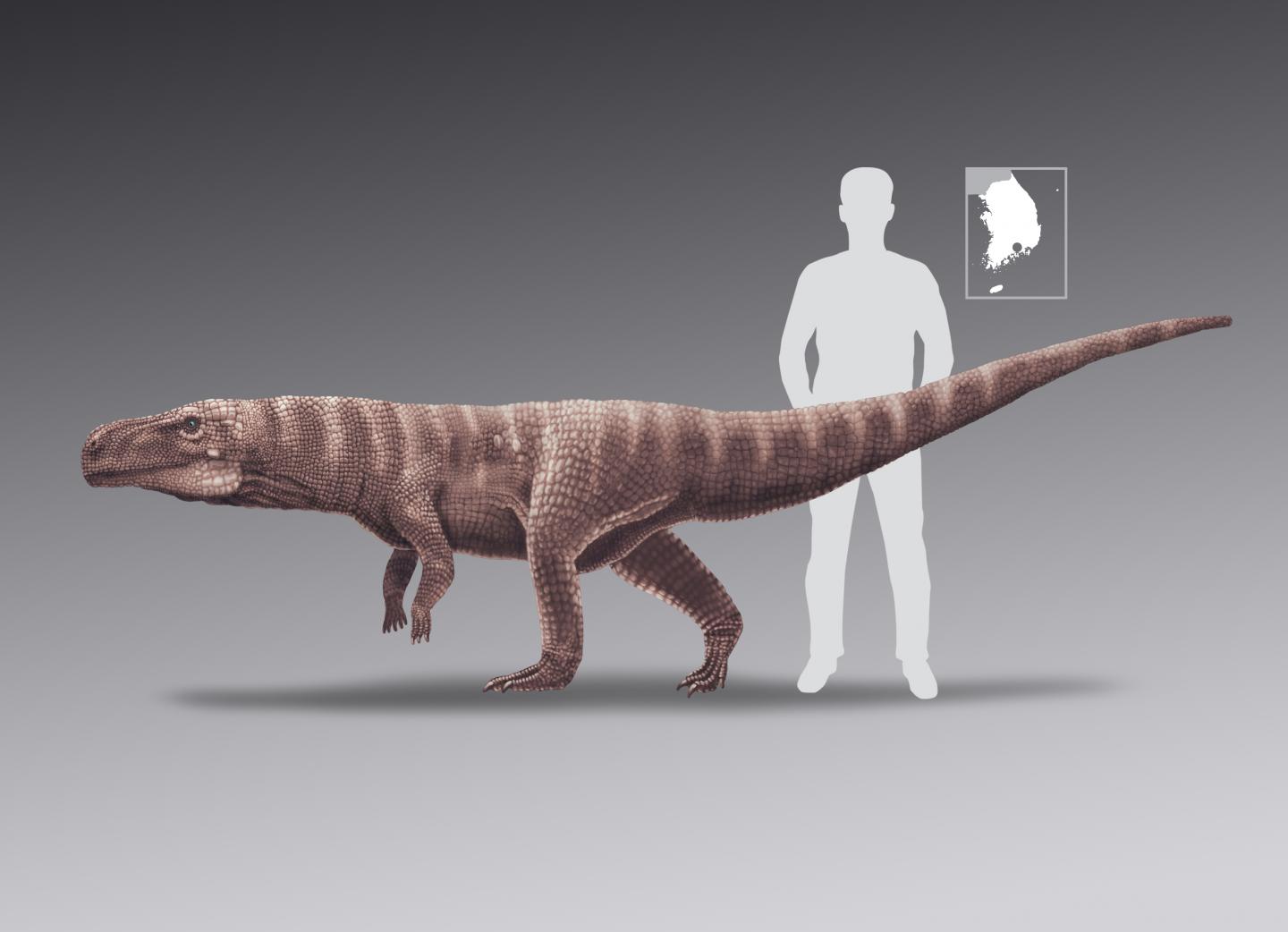 "And while footprints were everywhere on the site, there were no handprints."

The research team, led by Professor Kyung Soo Kim from Chinju National University of Education, soon found clues as to why there were no handprints.

"Typical crocodiles walk in a squat stance and create trackways that are wide," Professor Kim said.

"Oddly, our trackways are very narrow looking - more like a crocodile balancing on a tight-rope.

"When combined with the lack of any tail-drag marks, it became clear that these creatures were moving bipedally.

"They were moving in the same way as many dinosaurs, but the footprints were not made by dinosaurs.

"Dinosaurs and their bird descendants walk on their toes.

"Crocodiles walk on the flat of their feet leaving clear heel impressions, like humans do."

The footprints dated between 110-120 million years ago and were discovered after analysing animal track sites in what is now known as South Korea.

Researchers initially questioned the absence of hand impressions from the trackways, given that today's typical crocodiles are 'four-legged' or quadrupedal.

"Fossil crocodile tracks are quite rare in Asia, so finding an abundance of nearly one hundred footprints was extraordinary," Dr Romilio said. 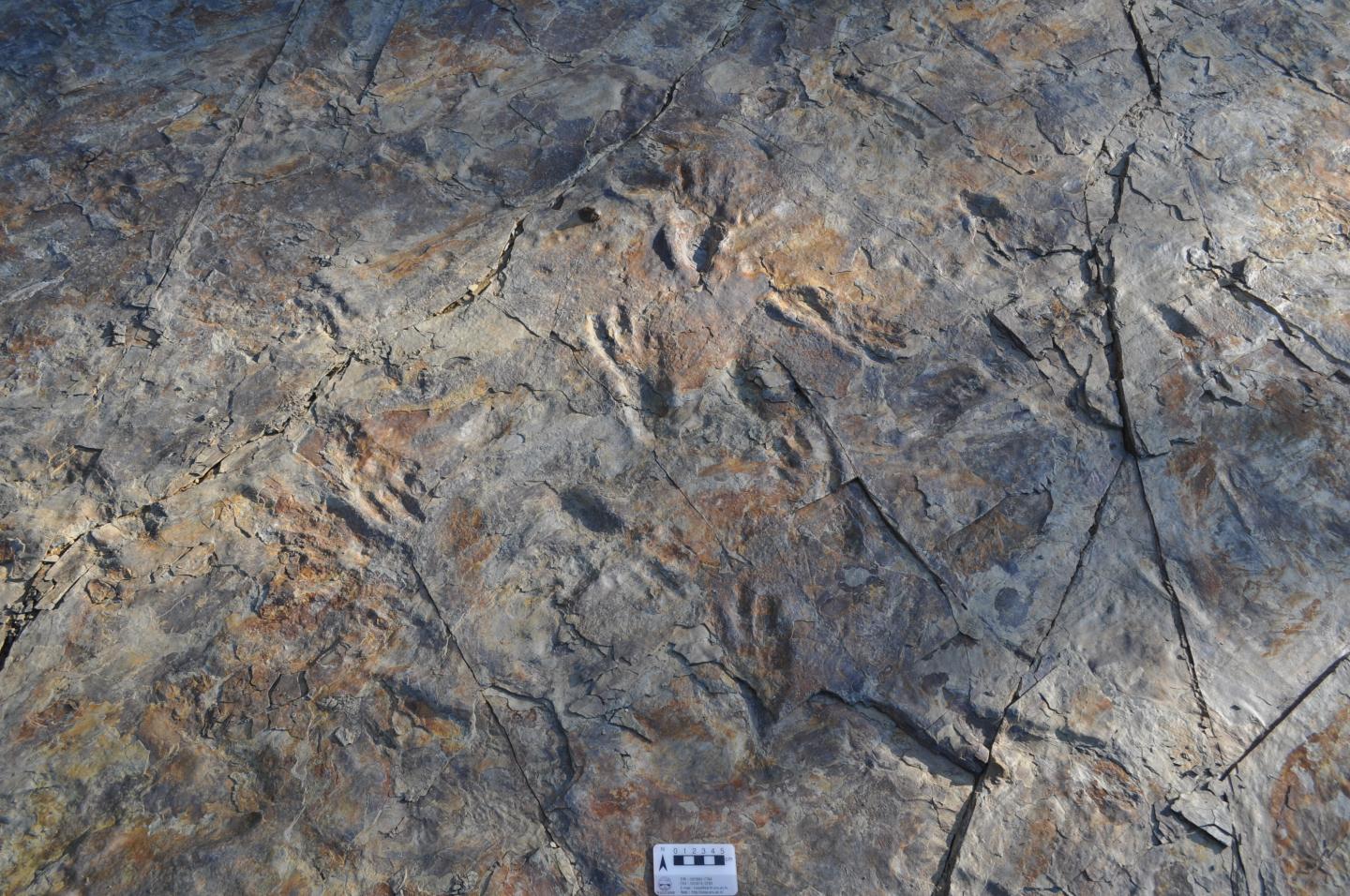 "As an animal walks, the hind feet have the potential of stepping into the impression made by the hand and 'over-printing' it, but we find no evidence of this at these Korean sites.

"It isn't due to poor preservation either, because these fossils are spectacular, they even have the fine details of the toe-pads and scales on their soles preserved."