When we look out at our universe of planets, stars and galaxies, we are looking at a universe that should not exist.

According to our understanding of how the cosmos began, equal amounts of matter and anti-matter were created in the Big Bang nearly 14 billion years ago – and should have cancelled each other out 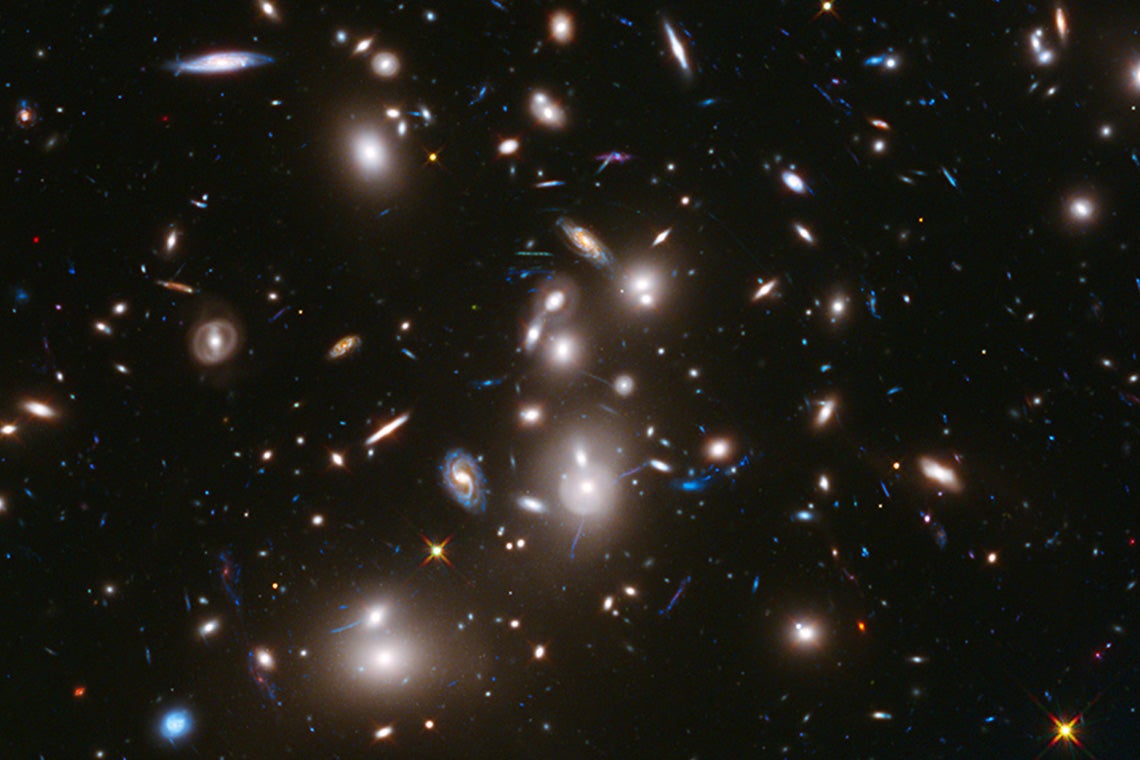 According to our understanding of how the cosmos began, equal amounts of matter and anti-matter were created in the Big Bang nearly 14 billion years ago. For every proton there was an anti-proton; for every neutron there was an anti-neutron; and so on. And – just as Star Trek taught us – all that matter and anti-matter should have completely self-annihilated, leaving empty space filled with nothing but photons.

For decades, physicists have been searching for an explanation for why that didn’t happen –why we instead find ourselves in a universe dominated by matter with next to no anti-matter. In other words, why are there galaxies, stars, planets and people when there should be nothing?

In a paper published in the journal Nature earlier this year, a team of physicists – including particle physicist John Martin, a University of Toronto professor emeritus, and PhD student Trevor Towstego – reported the best evidence yet for an asymmetry between neutrinos and anti-neutrinos that could explain our matter-dominated universe. Both are from the department of physics in the Faculty of Arts & Science.

Martin has spent his career plumbing the depths of the sub-atomic world. The pursuit often involves smashing particles together in order to understand what they’re made of — a process somewhat like throwing two clocks together and examining the debris to figure out how they work.

The research into neutrino and anti-neutrino asymmetry finds Martin at the intersection between the micro- and macro-universe.

“I certainly come to this research from a particle physics point of view,” he says. “Cosmology, the study of the universe as a whole, is not my field at all. But particle physics and cosmology are becoming more and more connected.” 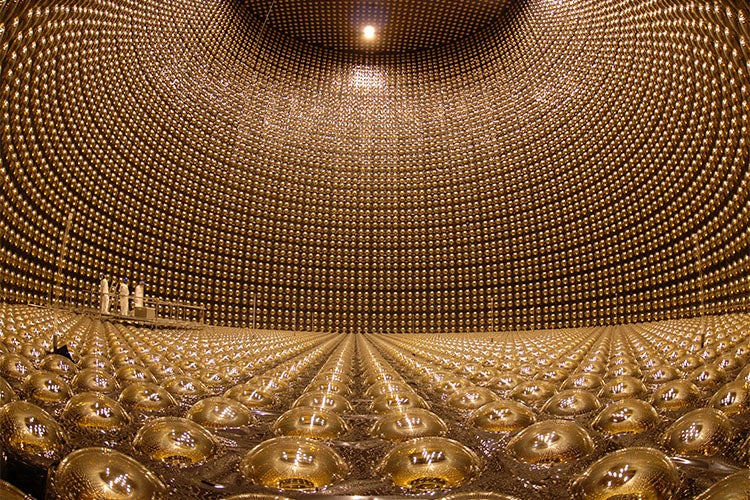 Neutrinos are ghostlike subatomic particles – millions of times less massive than electrons – that interact with other particles so rarely that they can routinely pass through an entire planet as if it wasn’t there. Neutrinos are generated in the nuclear reactions inside stars, including the sun, and fill the universe. One hundred trillion of them pass harmlessly through our bodies every second; in our lifetimes, only one will interact with an atom inside of us.

There are three types, or “flavours,” of neutrinos and anti-neutrinos: muon, tau and electron. And the particles change, or oscillate, between flavours.

Oscillation of electron neutrinos from the sun was first discovered by physicists working at the Sudbury Neutrino Observatory (SNO), a finding that culminated in a share of the 2015 Nobel Prize for Canadian physicist Art McDonald. Observations of the same phenomenon conducted by five other teams – two of which included Martin – garnered the 2016 Breakthrough Prize in Fundamental Physics.

The physicists made the discovery with an experiment known as T2K, for Tokai to Kamiokande. At the Japan Proton Accelerator Research Complex (J-PARC) in Tokai, Japan, they generated beams of muon neutrinos and anti-neutrinos that traveled 295 kilometres across the country to the Super-Kamiokande (Super-K) neutrino detector.

Super-K is the largest instrument of its kind, an enormous, underground tank measuring 40 metres by 40 metres and containing 50,000 metric tons of ultra-pure water. All of the neutrons, protons and electrons in the water are targets for the incoming neutrinos and Super-K’s enormity is based on the idea that the more targets, the greater the chances a neutrino will interact with one.

Lining the inside of the tank are 13,000 highly sensitive photon detectors designed to record the very faint light generated in collisions between incoming neutrinos and the water.

After a decade of collecting data, the collaboration found what they were looking for: a strong indication that matter and anti-matter neutrinos changed flavour at different rates – a telltale sign of asymmetry.

While the experiment has taken a significant step toward an explanation for our matter-filled universe, more observations are needed in order to be certain.

Even with such a voluminous detector, the elusive nature of neutrinos meant that running the T2K experiment for 10 years yielded a mere 90 neutrino and 15 anti-neutrino collisions. In order to claim success, more particle collisions are needed, as well as larger, more sensitive detectors.

With that goal in mind, Martin and physicists around the world are working on intensifying the J-PARC particle beams. They are also building Hyper-Kamiokande – the successor to Super-K planned for 2027 – which will have 10 times the volume of its predecessor.

“Two decades ago, we discovered that neutrinos oscillate from flavour to flavour,” says Martin of the continuing research. “And now it looks like matter and anti-matter neutrinos do so differently – and the more we learn, the more interesting it gets.

“With particle physics, cosmology, astronomy, we’re simply trying to learn as much as possible about how the universe works. That’s what drives us.”