Pu Zhang likes to compare his team’s research on liquid metals to the Terminator — specifically 1991’s Terminator 2: Judgment Day, in which a killer robot sent from a grim future can transform into anyone and anything in pursuit of its human prey.

When told maybe that’s not the best comparison, Zhang laughed and made a confession: “To be honest, I’ve never watched that movie!” 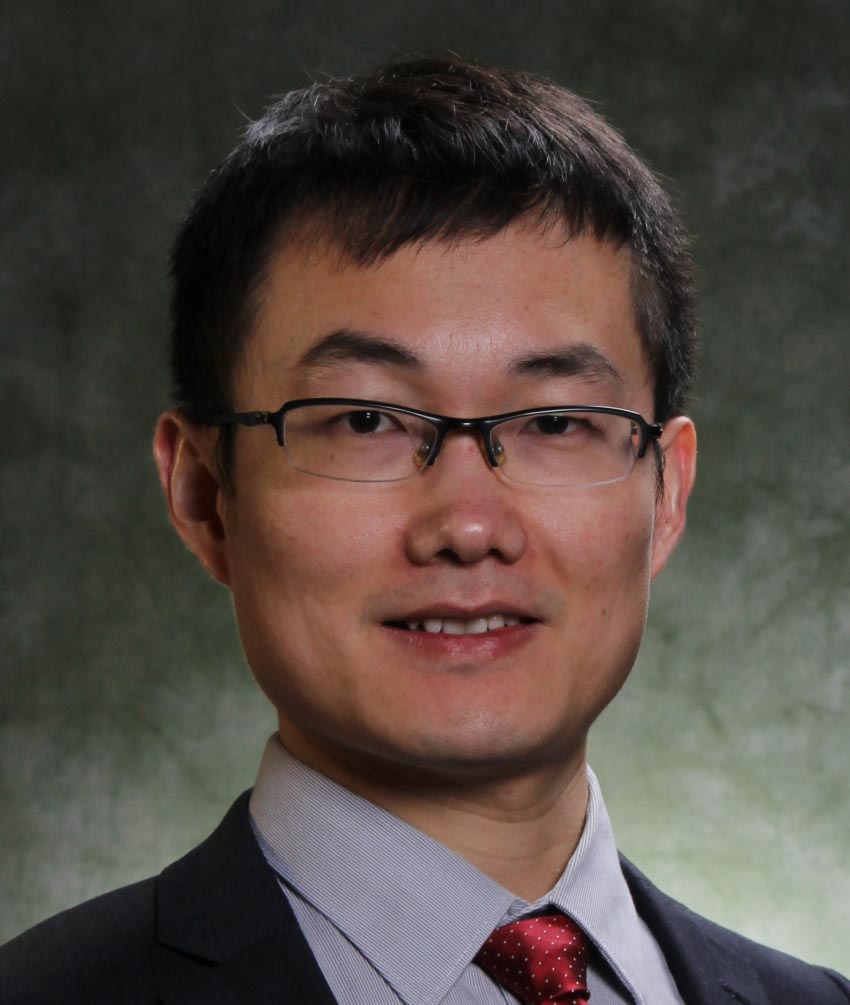 Zhang — an assistant professor of mechanical engineering at the Thomas J. Watson School of Engineering and Applied Science — has much more benign plans for his latest study, which will be published in the May issue of the journal Additive Manufacturing.

Working with PhD students Fanghang Deng and Quang-Kha Nguyen, Zhang developed what he calls “the first liquid metal lattice in the world,” which is made from Field’s alloy. The mix of bismuth, indium and tin — named after its inventor, Simon Quellen Field — becomes liquid at the relatively low melting point of 62°C (144°F).

Field’s alloy is currently used as a liquid-metal coolant in nuclear engineering, among other applications, but the Watson team demonstrates other potential applications. They combined the metal lattice material with a rubber shell through a hybrid manufacturing process. This novel process integrates 3D printing, vacuum casting and conformal coating (which is used on electronic circuitry to protect against moisture, dust, chemicals and temperature extremes).

“Without the shell, it won’t work, because the liquid metal will flow away,” Zhang said. “The shell skeleton controls the overall shape and integrity, so the liquid metal itself can be confined in the channels. We spent over half a year developing this manufacturing process, because this new lattice material is very hard to process. You need to find the best materials and processing parameters.”

Researchers into a new kind of liquid metal lattice material created a series of prototypes that returned to their shapes when crushed, including a hand that moved when heated up. 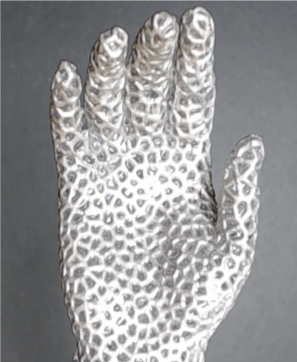 
The Watson team made a series of prototypes that regain their shapes after being heated to the melting point, including “spider web”-like mesh antennas, honeycombs and soccer balls, as well as the letters BUME (for Binghamton University mechanical engineering, of course). Perhaps the most Terminator-like one, though, is a hand that slowly opens as the metal lattice melts.

These prototypes offer remarkable visuals, but the properties behind them could inspire myriad uses. When the liquid metal is in a solid state, it is very safe and strong. It absorbs a lot of energy when crushed; then, after some heating and cooling, it returns to its original shape and can be reused.

Zhang has studied lattice materials since his PhD work at the University of Pittsburgh in 2012, and he sees in this new liquid metal research many possibilities for NASA or private space-faring companies. For instance, satellite designers could pack the “spider web” into a small package and then unfold it as an antenna when in orbit. Perhaps structures for future settlements on the moon or Mars could take up less room onboard an exploration vessel and then be expanded when astronauts reach their destination.

As part of research on liquid metal lattices created a series of prototypes that returned to their shapes when crushed, including a honeycomb-like structure. 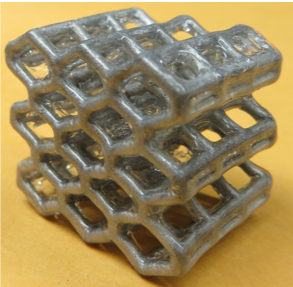 
It might even make sense to build an interplanetary ship using a metal lattice material, he said: “A spacecraft may crash if it lands on the moon or Mars with some kind of impact. Normally, engineers use aluminum or steel to produce the cushion structures, but after you land on the moon, the metal absorbs the energy and deforms. It’s over — you can use it only once.”

“Using this Field’s alloy, you can crash into it like other metals, but then heat it up later to recover its shape. You can use it over and over again.”

The Watson team is already exploring how to build on this metal lattice research, including different structure types and improved coating materials. Zhang still has a final goal in mind: “Our dream is to build a liquid metal lattice robot, and now we have a hand, so we’re one step further.”

Just as long as it’s a friendly robot.