The sprawling 11,500-year-old stone Göbekli Tepe complex in southeastern Anatolia, Turkey, is the earliest known temple in human history and one of the most important discoveries of Neolithic research.

Researchers at Tel Aviv University and the Israel Antiquities Authority have now used architectural analysis to discover that geometry informed the layout of Göbekli Tepe's impressive round stone structures and enormous assembly of limestone pillars, which they say were initially planned as a single structure. 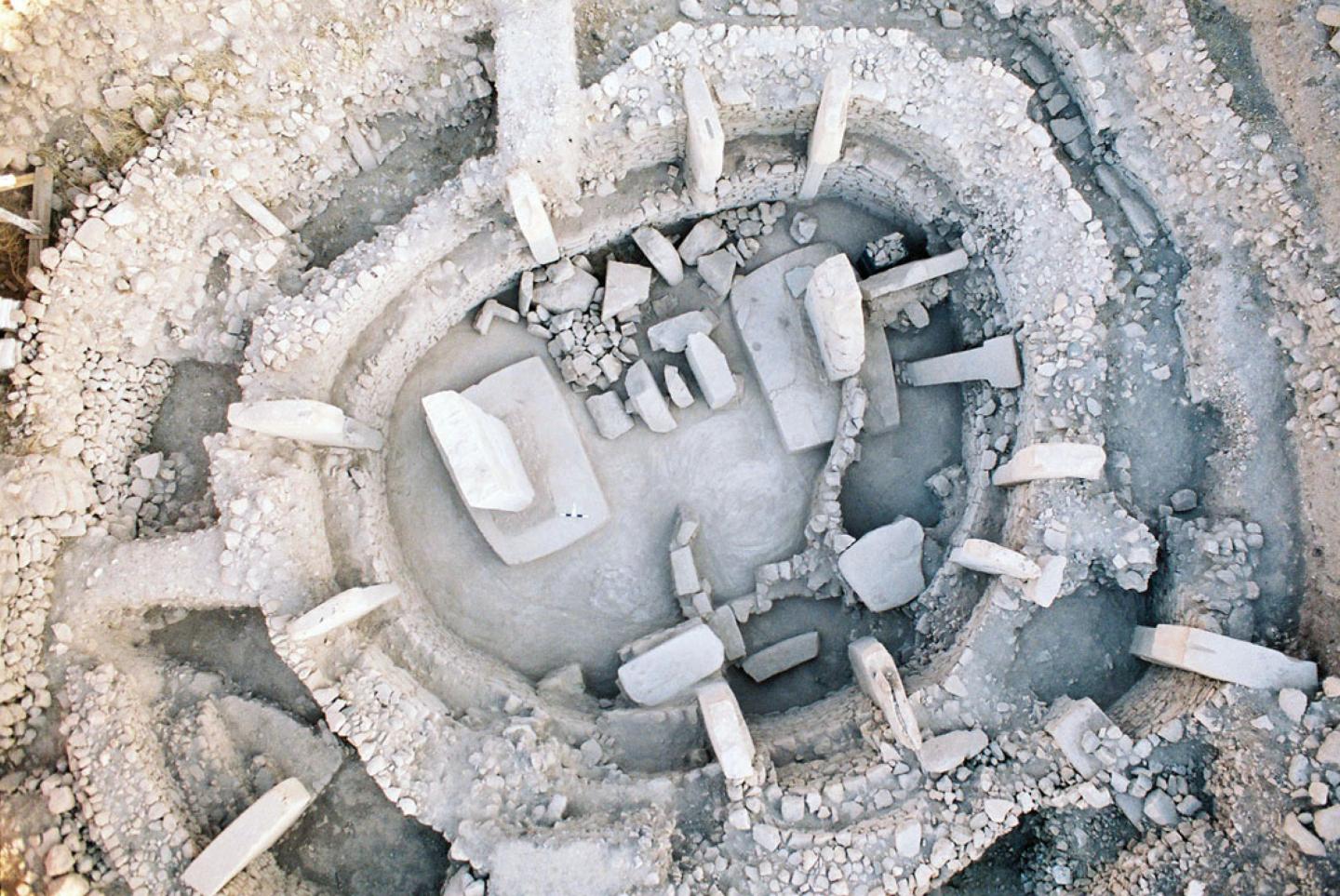 Three of the Göbekli Tepe's monumental round structures, the largest of which are 20 meters in diameter, were initially planned as a single project, according to researchers Gil Haklay of the Israel Antiquities Authority, a PhD candidate at Tel Aviv University, and Prof. Avi Gopher of TAU's Department of Archaeology and Ancient Near Eastern Civilizations. They used a computer algorithm to trace aspects of the architectural design processes involved in the construction of these enclosures in this early Neolithic site.

Their findings were published in Cambridge Archaeological Journal in May.

"Göbekli Tepe is an archaeological wonder," Prof. Gopher explains. "Built by Neolithic communities 11,500 to 11,000 years ago, it features enormous, round stone structures and monumental stone pillars up to 5.5 meters high. Since there is no evidence of farming or animal domestication at the time, the site is believed to have been built by hunter-gatherers. However, its architectural complexity is highly unusual for them."

Discovered by German archaeologist Dr. Klaus Schmidt in 1994, Göbekli Tepe has since been the subject of hot archaeological debate. But while these, and other early Neolithic remains, have been intensively studied, the issue of architectural planning during these periods and its cultural
ramifications have not.

Geometric pattern underlying the architectural planning of a complex at Göbekli Tepe. A diagram superimposed over the schematic plan. 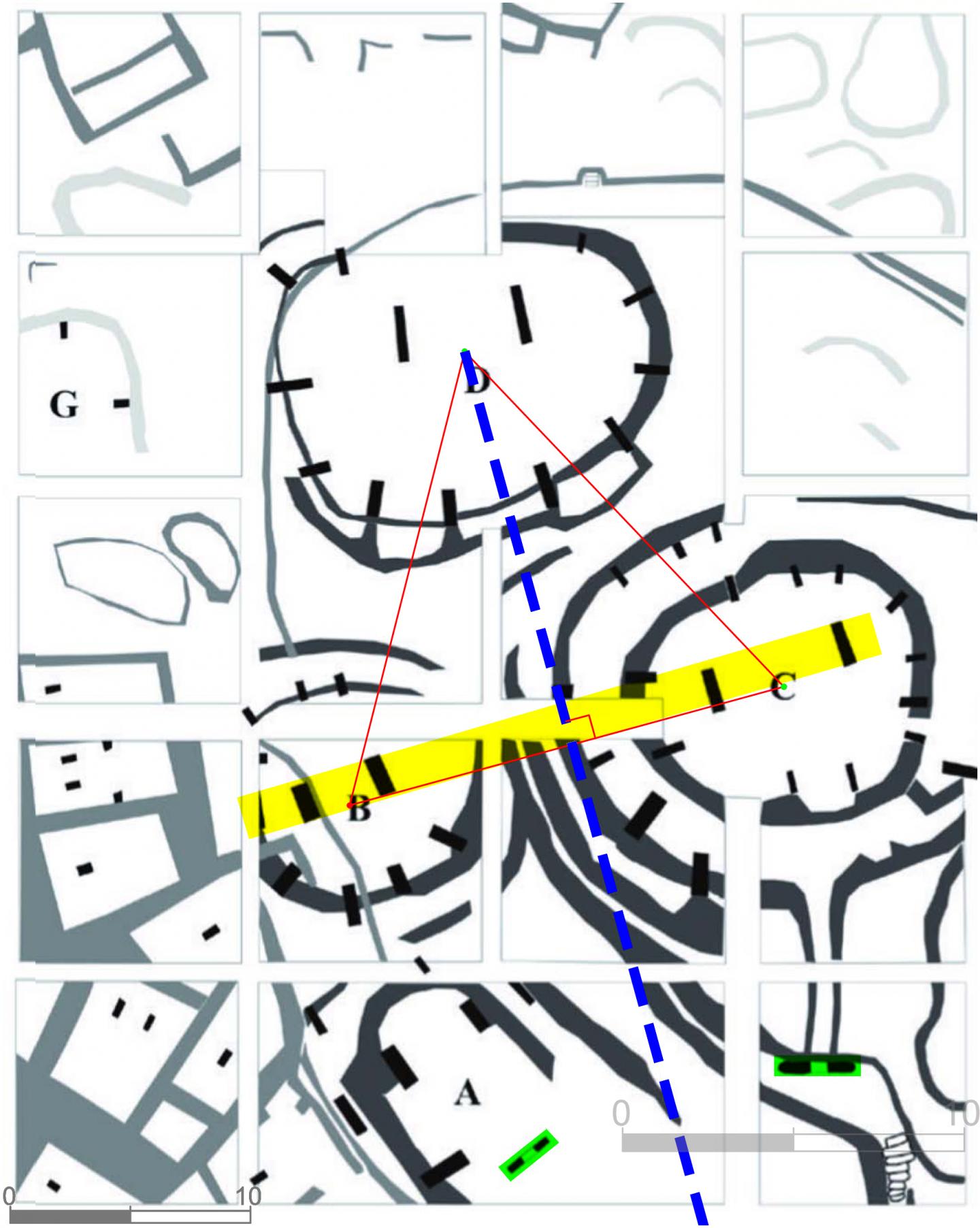 Most researchers have made the case that the Göbekli Tepe enclosures at the main excavation area were constructed over time. However, Haklay and Prof. Gopher say that three of the structures were designed as a single project and according to a coherent geometric pattern.

"The layout of the complex is characterized by spatial and symbolic hierarchies that reflect changes in the spiritual world and in the social structure," Haklay explains. "In our research, we used an analytic tool -- an algorithm based on standard deviation mapping -- to identify an underlying geometric pattern that regulated the design."

"This research introduces important information regarding the early development of architectural planning in the Levant and in the world," Prof. Gopher adds. "It opens the door to new interpretations of this site in general, and of the nature of its megalithic anthropomorphic pillars specifically."

Certain planning capabilities and practices, such as the use of geometry and the formulation of floor plans, were traditionally assumed to have emerged much later than the period during which the Göbekli Tepe was constructed -- after hunter-gatherers transformed into food-producing farmers some 10,500 years ago. Notably, one of the characteristics of early farmers is their use of rectangular architecture.

"This case of early architectural planning may serve as an example of the dynamics of cultural changes during the early parts of the Neolithic period," Haklay says. "Our findings suggest that major architectural transformations during this period, such as the transition to rectangular architecture, were knowledge-based, top-down processes carried out by specialists.

"The most important and basic methods of architectural planning were devised in the Levant in the Late Epipaleolithic period as part of the Natufian culture and through the early Neolithic period. Our new research indicates that the methods of architectural planning, abstract design rules and organizational patterns were already being used during this formative period in human history."

Next, the researchers intend to investigate the architectural remains of other Neolithic sites throughout the Levant.