In an area stretching from Africa to South America, Earth’s magnetic field is gradually weakening. This strange behaviour has geophysicists puzzled and is causing technical disturbances in satellites orbiting Earth. Scientists are using data from ESA’s Swarm constellation to improve our understanding of this area known as the ‘South Atlantic Anomaly.’

Earth’s magnetic field is vital to life on our planet. It is a complex and dynamic force that protects us from cosmic radiation and charged particles from the Sun. The magnetic field is largely generated by an ocean of superheated, swirling liquid iron that makes up the outer core around 3000 km beneath our feet. Acting as a spinning conductor in a bicycle dynamo, it creates electrical currents, which in turn, generate our continuously changing electromagnetic field.

This field is far from static and varies both in strength and direction. For example, recent studies have shown that the position of the north magnetic pole is changing rapidly.

The South Atlantic Anomaly refers to an area where our protective shield is weak. White dots on the map indicate individual events when Swarm instruments registered the impact of radiation from April 2014 to August 2019. The background is the magnetic field strength at the satellite altitude of 450 km. 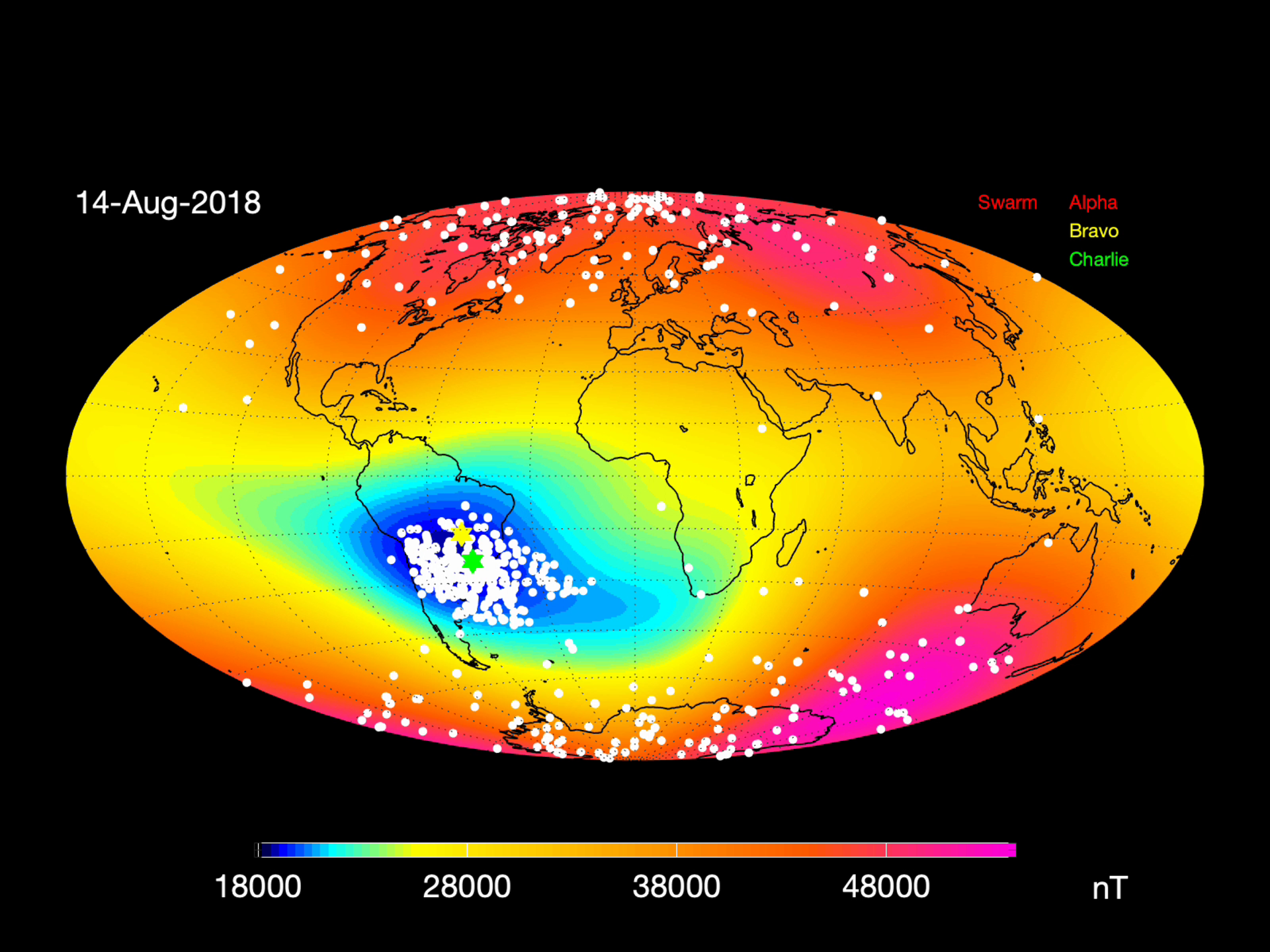 From 1970 to 2020, the minimum field strength in this area has dropped from around 24 000 nanoteslas to 22 000, while at the same time the area of the anomaly has grown and moved westward at a pace of around 20 km per year. Over the past five years, a second centre of minimum intensity has emerged southwest of Africa – indicating that the South Atlantic Anomaly could split up into two separate cells.

Earth’s magnetic field is often visualised as a powerful dipolar bar magnet at the centre of the planet, tilted at around 11° to the axis of rotation. However, the growth of the South Atlantic Anomaly indicates that the processes involved in generating the field are far more complex. Simple dipolar models are unable to account for the recent development of the second minimum.

Scientists from the Swarm Data, Innovation and Science Cluster (DISC) are using data from ESA’s Swarm satellite constellation to better understand this anomaly. Swarm satellites are designed to identify and precisely measure the different magnetic signals that make up Earth’s magnetic field. 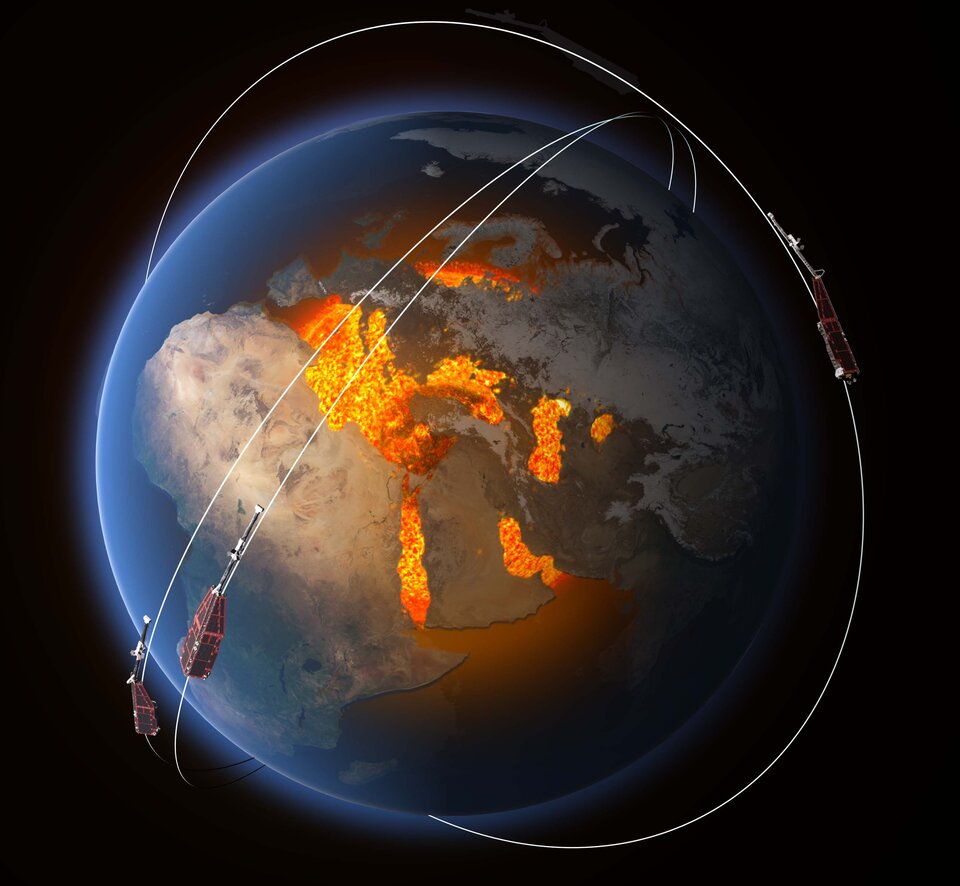 Jürgen Matzka, from the German Research Centre for Geosciences, says, “The new, eastern minimum of the South Atlantic Anomaly has appeared over the last decade and in recent years is developing vigorously. We are very lucky to have the Swarm satellites in orbit to investigate the development of the South Atlantic Anomaly. The challenge now is to understand the processes in Earth’s core driving these changes.”

It has been speculated whether the current weakening of the field is a sign that Earth is heading for an eminent pole reversal – in which the north and south magnetic poles switch places. Such events have occurred many times throughout the planet’s history and even though we are long overdue by the average rate at which these reversals take place (roughly every 250 000 years), the intensity dip in the South Atlantic occurring now is well within what is considered normal levels of fluctuations.

At surface level, the South Atlantic Anomaly presents no cause for alarm. However, satellites and other spacecraft flying through the area are more likely to experience technical malfunctions as the magnetic field is weaker in this region, so charged particles can penetrate the altitudes of low-Earth orbit satellites.

The mystery of the origin of the South Atlantic Anomaly has yet to be solved. However, one thing is certain: magnetic field observations from Swarm are providing exciting new insights into the scarcely understood processes of Earth’s interior.