The trees of tropical forests are the focus of debates on nature conservation, climate change and carbon sequestration. However, while their ecological importance has always been out of the question, their ability to store cultural information has often been ignored. By using the latest scientific methods and a better understanding of the growth of these trees, researchers today can not only understand in detail the growth conditions of these centuries-old giants, but also the human activities of forest management in their vicinity.


Trunk and crown of a Brazil nut tree 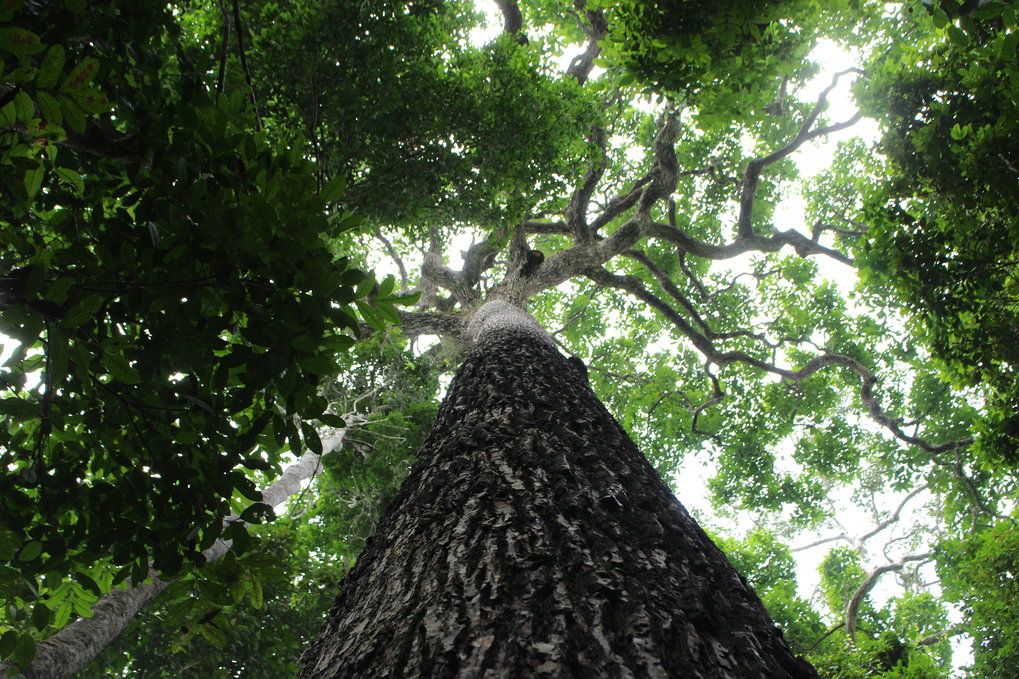 
In a new study, an international research team presents the combined use of dendrochronology (annual ring research), radiocarbon dating as well as isotope and gene analysis to investigate the effects of human activities on the tropical forest ecosystem and the growth dynamics of tropical tree species. The thesis describes the potential applicability of these methods for the study of prehistoric, historical and industrial periods in tropical forests worldwide and demonstrates that they have the potential to identify cross-epochal man-made threats; Information that can help prioritize and control the conservation of these rapidly disappearing environments. The study will appear in the journal on February 6, 2020Trends in plant science .

For a long time, tropical forests were considered barriers to human migration, the introduction of agriculture and the settlement of larger sections of the population, and until recently were often referred to as "green deserts". However, over the past two decades, extensive research from various disciplines has provided extensive and varied evidence of domestication of plants and animals in these environments, including forest management, landscape changes, and the deliberate relocation of wild taxa by early human societies and the establishment of some of the largest pre-industrial cities on earth.


Settlement near useful plants on the banks of the Jaú River, Amazonas, Brazil 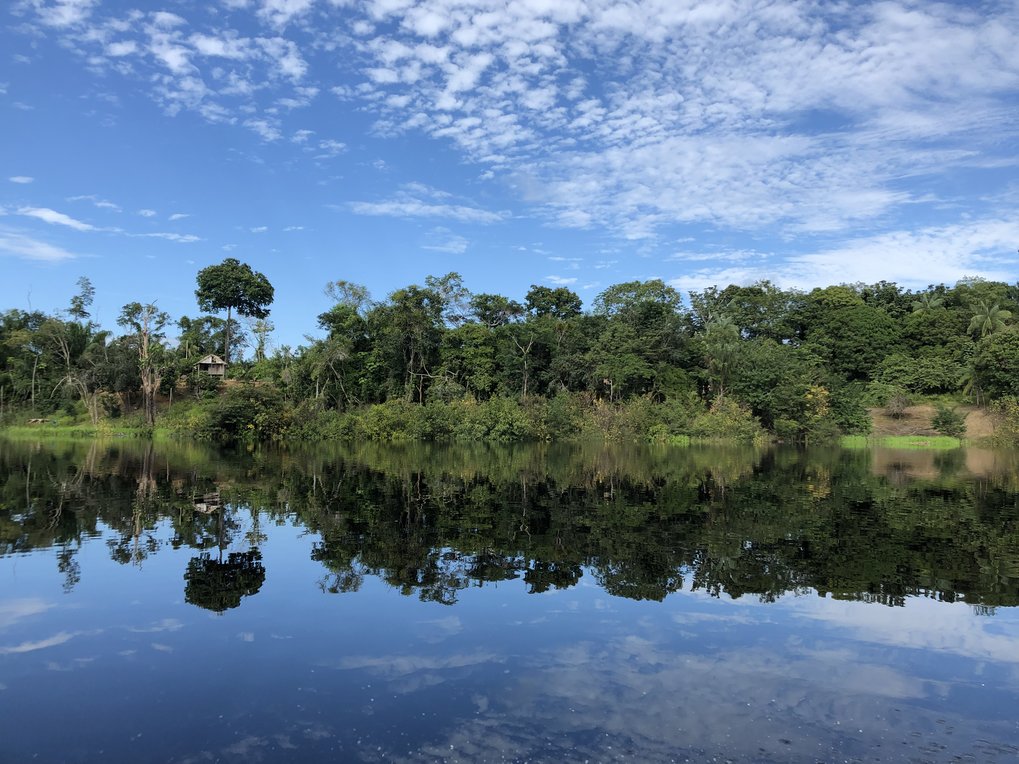 
Western colonialism and global capitalism have had new far-reaching impacts on the tropical forests, with consumption decisions in Europe and other industrialized countries continuing to drive deforestation and the exploitation of tropical resources. Understanding how different societies, economic systems and administrative organizations changed the tropical forests is very important if we want to develop a really sustainable conservation policy.


However, detailed records of human influences on tropical ecosystems are often difficult to obtain. "Amazingly, some of the largest and oldest witnesses that the tropical forests have to offer have been neglected: their trees," says Victor Caetano Andrade from the Max Planck Institute for Human History and first author of the study. "Archaeological excavations and archaeobotanical analyzes have vastly expanded our knowledge of the lives of former people in the tropics, but the trees next to these excavations also tell us something," he continues.


Tree ring research has been used extensively in temperate climates to get an idea of ​​the impact of changing climatic conditions and human activity on forests. In contrast, such work was rarely carried out in the tropics, since it was believed that no rings were recognizable due to the lack of seasons. However, it is now known that more than 200 tropical tree species form annual rings. This opens up a completely new way of studying the changing conditions in the tropical forests in the past.


Tree ring counting, in addition to radiocarbon dating, can provide robust, high-resolution chronologies or "stratigraphies" of the growth of a single tree. A change in the thickness of annual rings, which is found in the same forest with a larger number of trees, can be an indication of sudden changes in environmental conditions. In addition, these rings can be chemically sampled to investigate how climate conditions have changed over time and how such changes correlate with tree growth. Where there is no strong correlation between climate and growth, other possible explanations, such as human activity, can be considered. 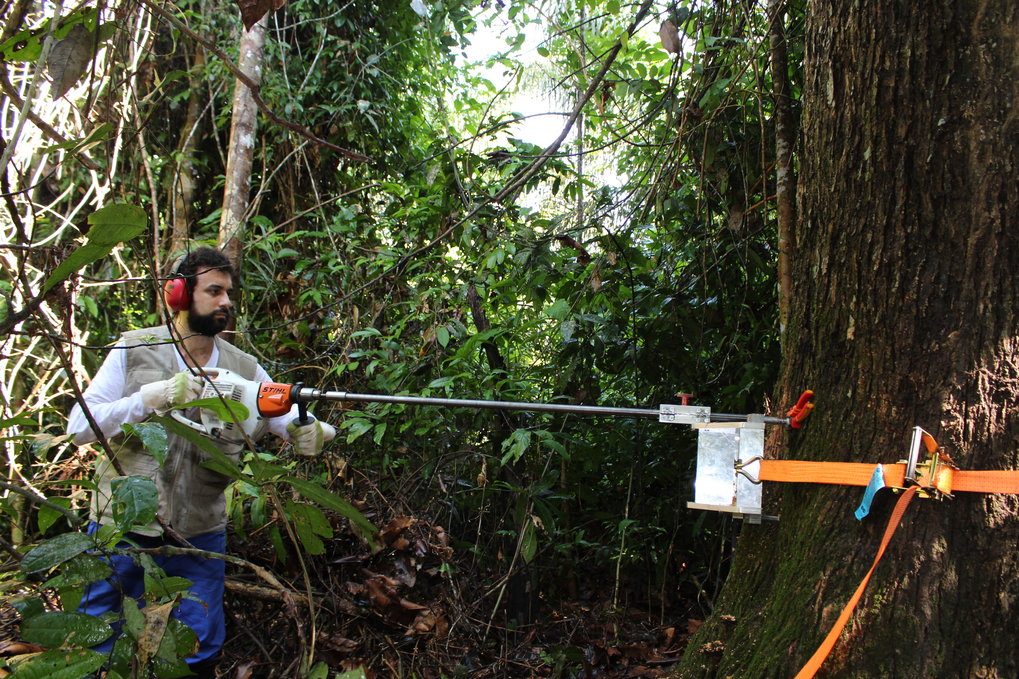 
Victor Caetano Andrade explains: "There are some tree species that are of particular importance to humans, for example because their fruits serve as food or the trees are used for a specific purpose." In these cases, people are likely to adopt forest management practices such as clearing the undergrowth, opening the forest, or actively protecting individual trees. However, other species may have been deliberately removed for use as building materials or to make room for settlements. The combination of observations of tree growth with local historical and archaeological data makes it possible to
study the interactions between tree stands and previous human societies and their economic practices.


The analysis of the DNA of today's trees is often used by companies and foresters to select trees with economically particularly desirable characteristics. However, the application of modern gene analysis to old tree populations can also provide important insights into how the populations of a particular species have changed through space and time. Genetic analysis can also be used to research domestication processes and to clarify the characteristics on the basis of which specific species were selected for domestication.


Given the progress in full genome sequencing, the team of authors believes that applying these methods to very old forest populations could allow the reconstruction of past human deforestation and management events. This is especially true if detailed historical and archaeological information is also available.


Trees as a source of new data and past human societies


While the majority of ecological studies on the supposedly "untouched" tropics have focused on the question of how changes in forest structure and tree growth are related to climate fluctuations and natural disturbances, the present study underlines the centuries-long influence of humans. Co-author Patrick Roberts of the MPI for Human History states: "The work evaluated here offers two important insights: firstly, that human societies from hunters and gatherers to city dwellers have had a significant influence on the growth of tropical trees in the past, and second, that this influence can be observed and investigated on trees that still stand today.

Device for storing fruit collected in the forest. 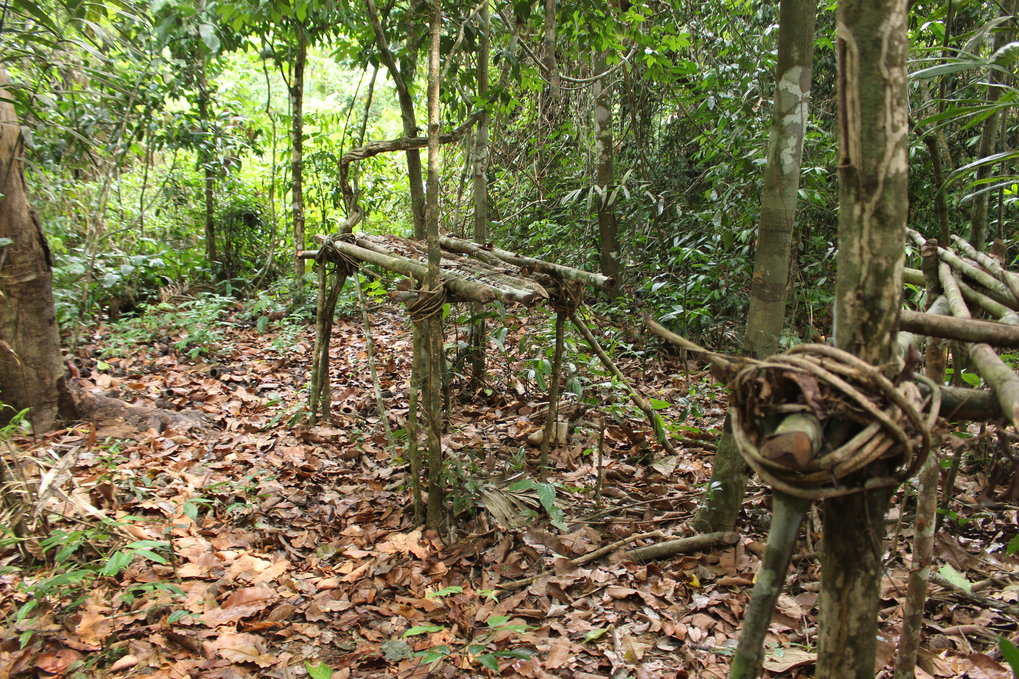 
"Beyond that," added Victor Caetano Andrade, "with this multidisciplinary approach, we will be able to understand changes in the management of tropical forests from pre-colonial to post-colonial and pre-industrial times to the threats of the 21st century The level of detail of the information available is enormous and will allow us to gain an overview of the legacy of past human activities and how the changing practices have put new pressure on this highly threatened environment. " The study ends by arguing that it is essential that
Archeology and ecology work together. Not only to preserve the ecological benefits of the tropical forests, but also to preserve the millennia-long records of the cultural heritage of mankind.