The 'Purrfect' Music for Calming Cats

Taking a cat to the vets can be a stressful experience, both for cat and owner. However, a study published in this month's issue of the Journal of Feline Medicine and Surgery (JFMS)1 has shown that playing cat-specific music during the visit can help.'' 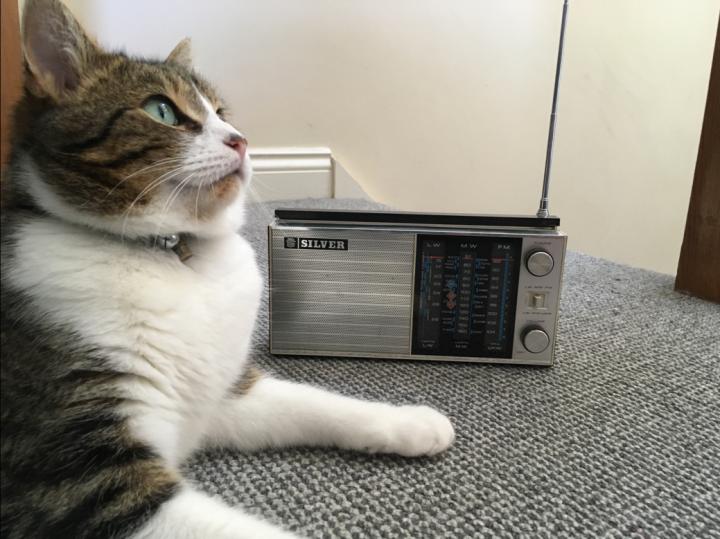 The use of music has become increasingly popular in human medicine, with studies showing a range of benefits, from improving motor and cognitive function in stroke patients to reducing anxiety associated with medical examinations, diagnostic procedures and surgery. The benefits of music are also being investigated in cats and other animals. Research published previously in JFMS has indicated that cats that are under general anaesthesia remain physiologically responsive to music;2 furthermore, they appear to be in a more relaxed state when played classical music, compared with pop and heavy metal.3

In this latest study, researchers at Louisiana State University (LSU), USA, have taken the analysis of the impact of different types of music a step further by exploring the calming effects of music composed specifically for cats. Musical pieces that are considered pleasing to the human ear often have a beat similar to the human resting pulse rate and contain frequencies from the human vocal range. This principle has been extended to cat-specific music, which is composed of lines based on affiliative cat vocalisations, such as purring and suckling sounds, as well as frequencies similar to the feline vocal range, which is two octaves higher than for humans.

In order to assess the effects of cat-specific music, 20 pet cats enrolled in the LSU study were played 20 minutes of cat-specific music ('Scooter Bere's Aria' by David Teie - classical music ('Élégie' by Fauré) or no music (silence) in a random order at each of three physical examinations at the veterinary clinic, 2 weeks apart.'
Credit:  Music for Cats

Cat stress scores, based on the behaviour and body posture of the cats, and handling scale scores, based on the cats' reactions to the handler, were assigned for each of the cats from video recordings of the examinations; neutrophil:lymphocyte ratios from blood samples were also measured to look for a physiological stress response.


The study found that the cats appeared to be less stressed during the examination - as indicated by lower cat stress scores and handling scale scores - when played the cat-specific music, compared with both classical music and no music. This effect was not reflected in the neutrophil:lymphocyte ratio, but the researchers suggest that 20 minutes may not have been long enough to allow music to affect this measure.

By decreasing stress levels, the researchers conclude that cat-specific music may not only have benefits in terms of the welfare of the cat, but owners can feel reassured that their cat will have a more comfortable visit, and the veterinary team will be able to assess their feline patients more accurately.