Professor Sandra Chapman from the University of Warwick Department of Physics discusses the 1859 solar flare witnessed by Richard Carrington and the impact that level of disruption could have on earth today.

A ‘great’ space weather super-storm large enough to cause significant disruption to our electronic and networked systems occurred on average once in every 25 years according to a new joint study by the University of Warwick and the British Antarctic Survey.

By analyzing magnetic field records at opposite ends of the Earth (UK and Australia), scientists have been able to detect super-storms going back over the last 150 years.

What is affected by solar storms by NASA 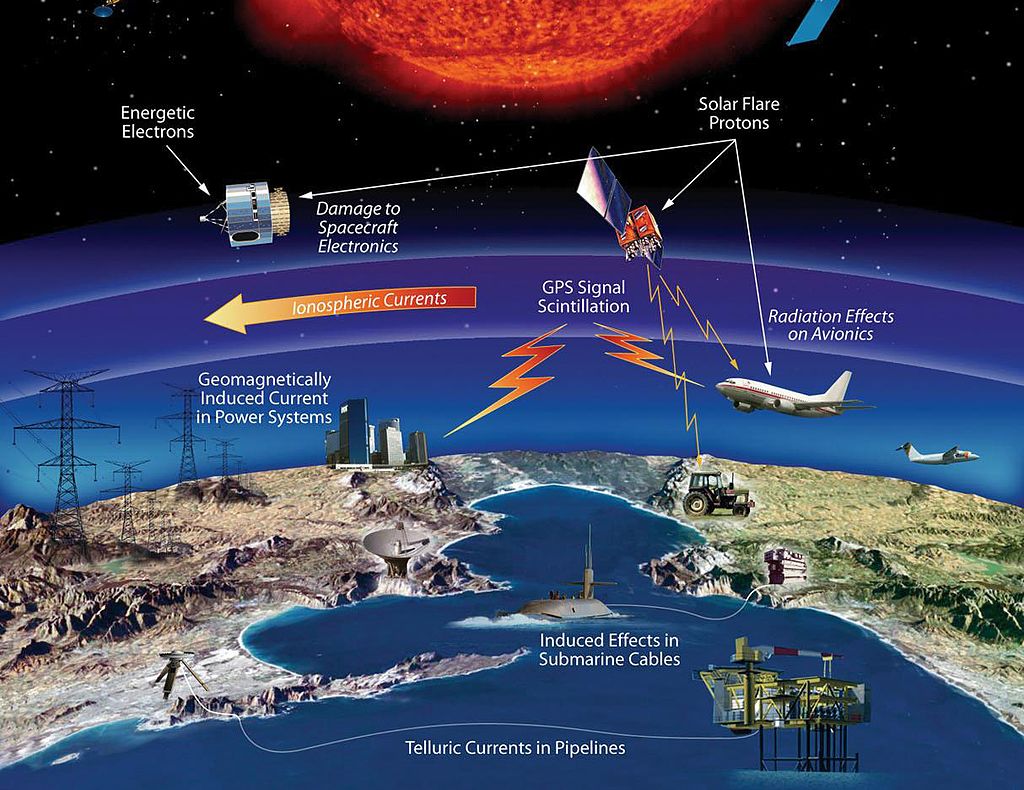 This result was made possible by a new way of analysing historical data, pioneered by the University of Warwick, from the last 14 solar cycles, way before the space age began in 1957, instead of the last five solar cycles currently used.

The analysis shows that ‘severe’ magnetic storms occurred in 42 out of the last 150 years, and ‘great’ super-storms occurred in 6 years out of 150. Typically, a storm may only last a few days but can be hugely disruptive to modern technology. Super-storms can cause power blackouts, take out satellites, disrupt aviation and cause temporary loss of GPS signals and radio communications.

Lead author Professor Sandra Chapman, from the University of Warwick’s Centre for Fusion, Space and Astrophysics, said: “These super-storms are rare events but estimating their chance of occurrence is an important part of planning the level of mitigation needed to protect critical national infrastructure. 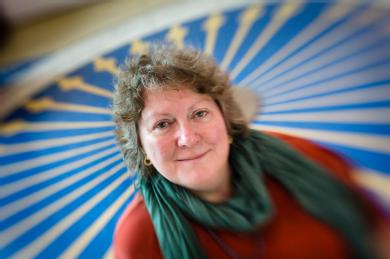 “This research proposes a new method to approach historical data, to provide a better picture of the chance of occurrence of super-storms and what super-storm activity we are likely to see in the future.”

The Carrington storm of 1859 is widely recognised as the largest super-storm on record, but predates even the data used in this study. The analysis led by Professor Chapman estimates what amplitude it would need to have been to be in the same class as the other super-storms- and hence with a chance of occurrence that can be estimated.

Professor Richard Horne, who leads Space Weather at the British Antarctic Survey, said: “Our research shows that a super-storm can happen more often than we thought. Don’t be misled by the stats, it can happen any time, we simply don’t know when and right now we can’t predict when.”

Space weather is driven by activity from the sun. Smaller scale storms are common, but occasionally larger storms occur that can have a significant impact.

One way to monitor this space weather is by observing changes in the magnetic field at the earth’s surface. High quality observations at multiple stations have been available since the beginning of the space age (1957). The sun has an approximately 11-year cycle of activity which varies in intensity and this data, which has been extensively studied, covers only five cycles of solar activity.

If we want a better estimate of the chance of occurrence of the largest space storms over many solar cycles, we need to go back further in time. The aa geomagnetic index is derived from two stations at opposite ends of the earth (in UK and Australia) to cancel out the earth’s own background field. This goes back over 14 solar cycles or 150 years, but has poor resolution.

In 2012 the Earth narrowly avoided trouble when a coronal mass ejection from the Sun missed the Earth and went off in another direction. According to satellite measurements if it had hit the Earth it would have caused a super-storm. 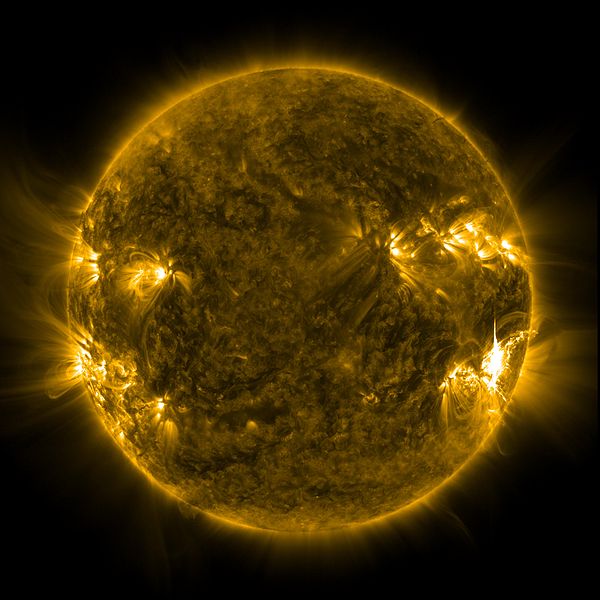 Space weather was included in the UK National Risk Register in 2012 and updated in 2017 with a recommendation for more investment in forecasting. In September 2019 the Prime Minister announced a major new investment of £20 million into space weather. The object is to forecast magnetic storms and develop better mitigation strategies.