Beetle parasites clinging to a primitive bee 100 million years ago may have caused the flight error that, while deadly for the insect, is a boon for science today.

The female bee, which became stuck in tree resin and thus preserved in amber, has been identified by Oregon State University researcher George Poinar Jr. as a new family, genus and species. 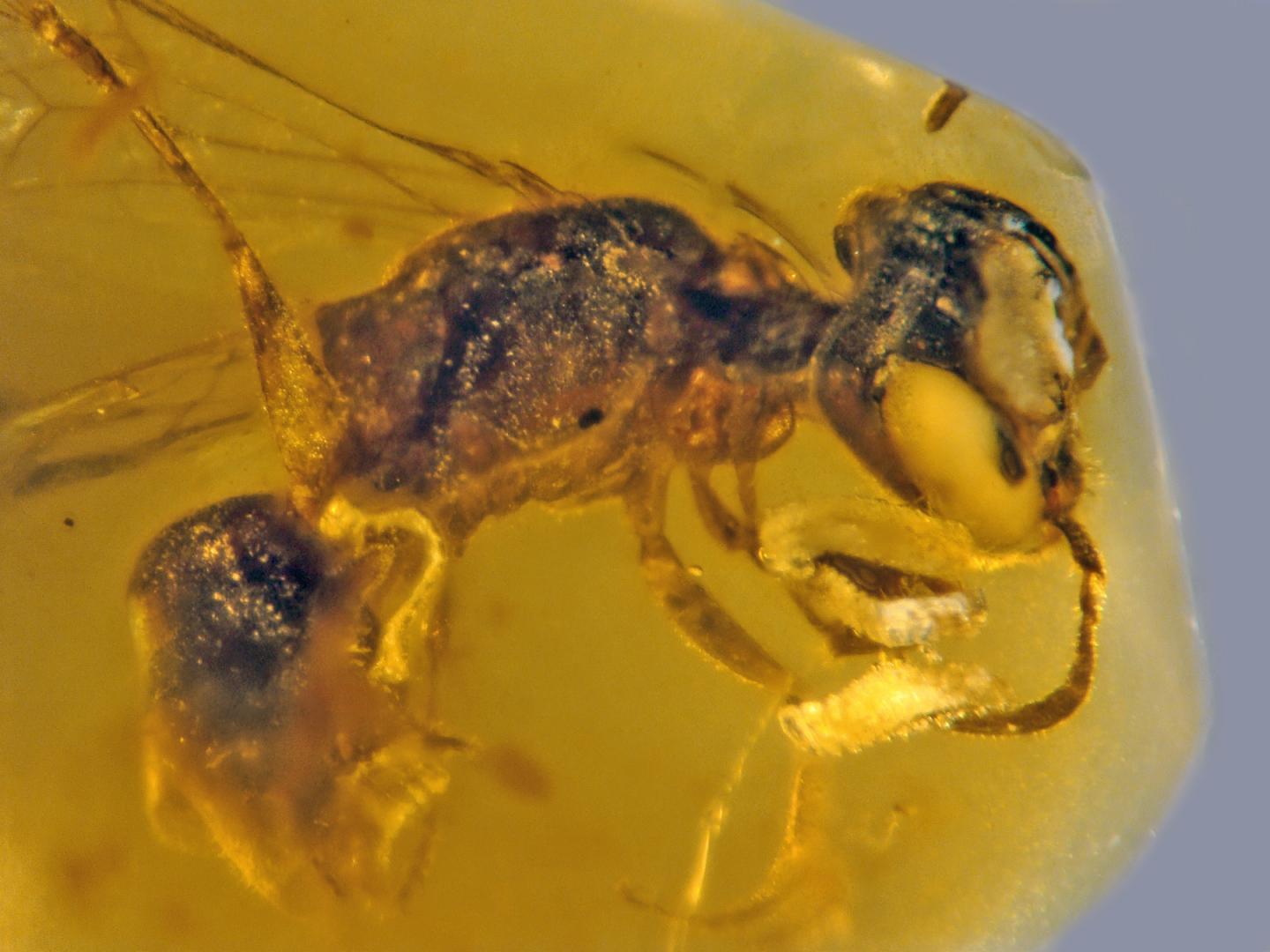 The findings, published in BioOne Complete, shed new light on the early days of bees, a key component in evolutionary history and the diversification of flowering plants.

Insect pollinators aid the reproduction of flowering plants around the globe and are also ecologically critical as promoters of biodiversity. Bees are the standard bearer because they’re usually present in the greatest numbers and because they’re the only pollinator group that feeds exclusively on nectar and pollen throughout their life cycle.

Bees evolved from apoid wasps, which are carnivores. Not much is known, however, about the changes wasps underwent as they made that dietary transition.

Poinar, professor emeritus in the OSU College of Science and an international expert in using plant and animal life forms preserved in amber to learn more about the biology and ecology of the distant past, classified the new find as Discoscapa apicula, in the family Discoscapidae. 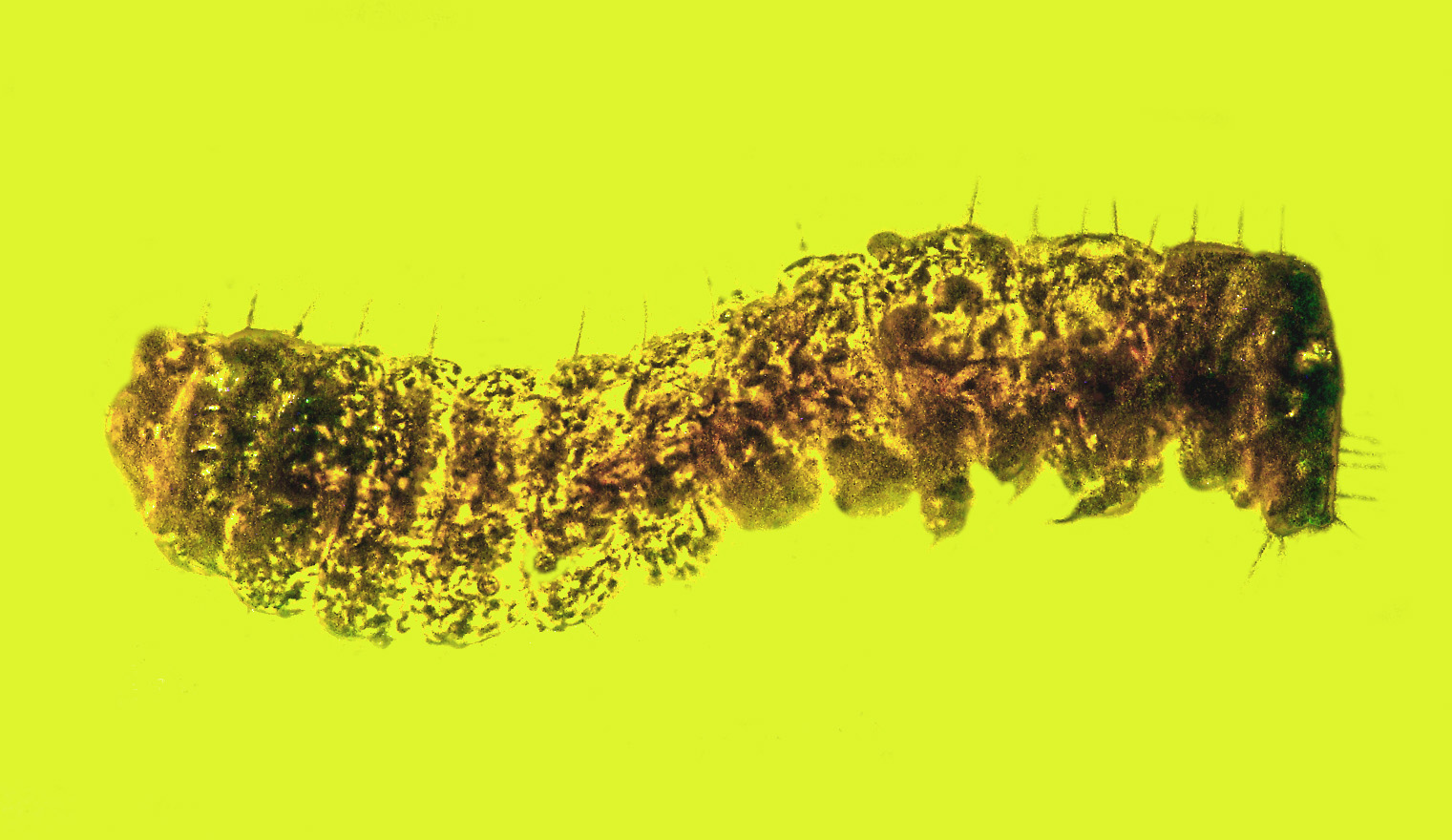 The fossilized bee shares traits with modern bees – including plumose hairs, a rounded pronotal lobe, and a pair of spurs on the hind tibia – and also those of apoid wasps, such as very low-placed antennal sockets and certain wing-vein features.

“Something unique about the new family that’s not found on any extant or extinct lineage of apoid wasps or bees is a bifurcated scape,” Poinar said, referring to a two-segment antennae base. “The fossil record of bees is pretty vast, but most are from the last 65 million years and look a lot like modern bees. Fossils like the one in this study can tell us about the changes certain wasp lineages underwent as they became palynivores – pollen eaters.”

Numerous pollen grains on Discoscapa apicula show the bee had recently been to one or more flowers.

“Additional evidence that the fossil bee had visited flowers are the 21 beetle triungulins – larvae – in the same piece of amber that were hitching a ride back to the bee’s nest to dine on bee larvae and their provisions, food left by the female,” Poinar said. “It is certainly possible that the large number of triungulins caused the bee to accidently fly into the resin.”