The researchers say the new sensors could help detect spoilage and reduce food waste for supermarkets and consumers.

One in three UK consumers throw away food solely because it reaches the use-by date, but sixty per cent (4.2 million tonnes) of the £12.5 billion-worth of food we throw away each year is safe to eat.

PEGS, incorporated into packaging, could soon detect spoilage gases in meat and fish

The sensor data can be read by smartphones, so that people can hold their phone up to the packaging to see whether the food is safe to eat.

PEGS are made of carbon electrodes printed onto readily available cellulose paper. 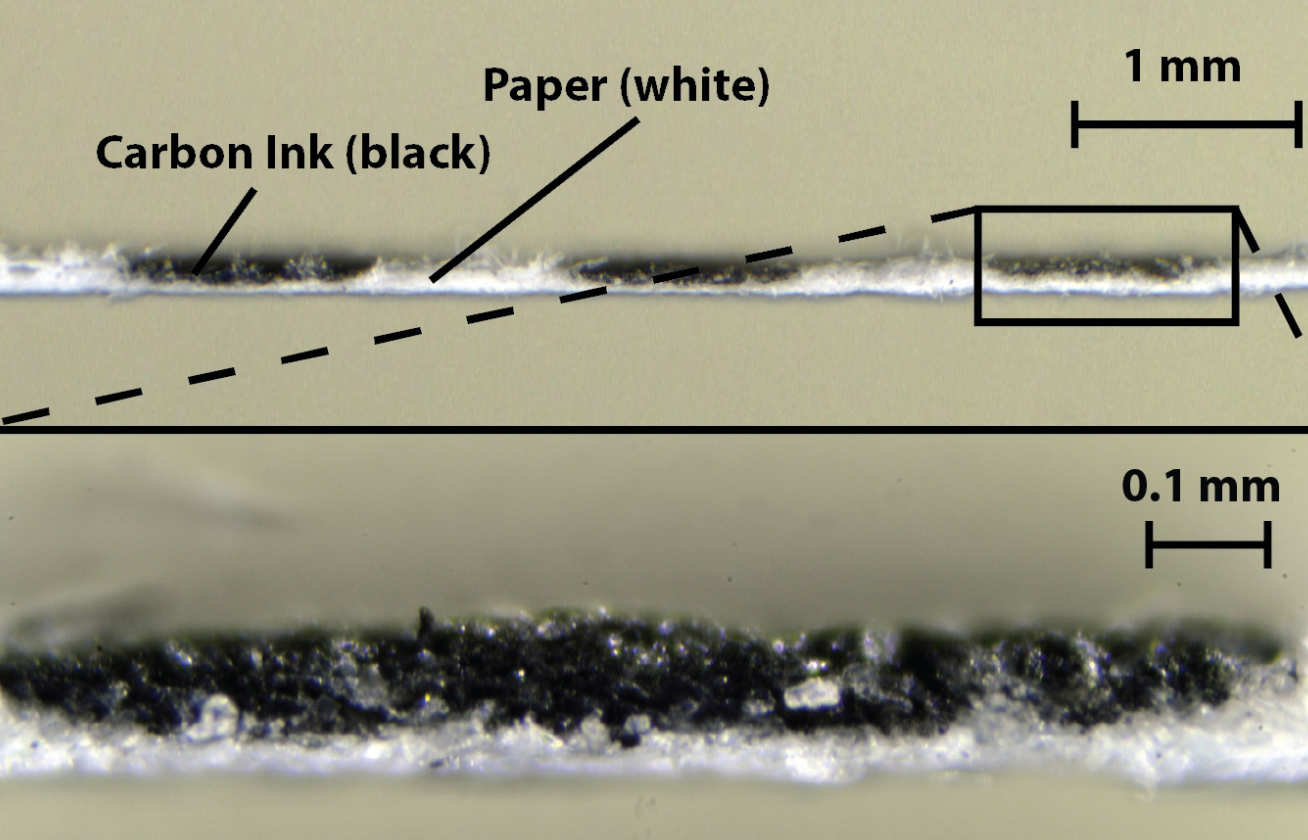 The materials are biodegradable and nontoxic, so they don’t harm the environment and are safe to use in food packaging. The sensors are combined with ‘near field communication (NFC)’ tags – a series of microchips that can be read by nearby mobile devices.

During laboratory testing on packaged fish and chicken, PEGS picked up trace amounts of spoilage gases quickly and more accurately than existing sensors, at a fraction of their price.

The researchers say the sensors could also eventually replace the ‘use-by’ date – a less reliable indicator of freshness and edibility. Lower costs for retailers may also eventually lower the cost of food for consumers.

Dr Güder said: “Although they’re designed to keep us safe, use-by dates can lead to edible food being thrown away. In fact, use-by dates are not completely reliable in terms of safety as people often get sick from foodborne diseases due to poor storage, even when an item is within its use-by.

“Citizens want to be confident that their food is safe to eat, and to avoid throwing food away unnecessarily because they aren’t able to judge its safety. These sensors are cheap enough that we hope supermarkets could use them within three years.

“Our vision is to use PEGS in food packaging to reduce unnecessary food waste and the resulting plastic pollution.”

The research is published in ACS Sensors.

Consumers rely on use-by dates or even ‘sniff tests’ to see if their food is safe to eat, but there is currently no commercially viable, reliable alternative that provides objective feedback on food freshness and safety.

Although developed by food technologists over many years to ensure safety, use-by dates don’t take storage and processing conditions of specific food items into account. Thus, they can lead to safe and edible food being thrown away by shops and consumers. In addition, most of the food wasted is packaged in plastic, thus contributing to plastic pollution.

First author of the study Giandrin Barandun, also from Imperial’s Department of Bioengineering, said: “Use-by dates estimate when a perishable product might no longer be edible – but they don’t always reflect its actual freshness.

“Although the food industry – and consumers – are understandably cautious about shelf life, it’s time to embrace technology that could more accurately detect food edibility and reduce food waste and plastic pollution.”

Because PEGS work on high-value items like meat and fish, they could save money for shops and their customers, by reducing waste and by enabling shops to use targeted price reduction for specific items based on PEGS rather than use-by dates.

Existing food spoilage sensors are either too expensive for common use (often comprising a quarter of overall packaging costs) or too difficult to interpret. Some types, like colour-changing sensors, could in fact increase food waste as consumers might interpret even the slightest colour change as ‘bad food’.

The researchers used ballpoint pens and robotic cutters to create the sensors. Dr Güder said: “We believe our very simple technique could easily be scaled up to produce PEGS on a mass scale by using existing high-volume printing methods such as screen printing and roll-to-roll printing.”

The authors hope that PEGS could have applications beyond food processing, like sensing chemicals in agriculture, air quality, and detecting disease markers in breath like those involved in kidney disease. However, before they can be applied beyond their current use, the researchers will address how sensitive PEGS are to lower humidity.

They are also developing an array of PEGS in which each sensor detects a different chemical. Using this technique, the array will give unique signals for different gases and/or changing humidity, which would make the technology applicable to a wider variety of food types.

This work was funded by the Engineering and Physical Sciences Research Council (EPSRC).