McMaster University researchers have identified an antibacterial compound made by cannabis plants that may serve as a lead for new drug development.

An interdisciplinary team of McMaster researchers found that the chemical compound, or cannabinoid, called cannabigerol (CBG) is not only antibacterial but also effective in mice against a resilient family of bacteria known as methicillin-resistant Staphylococcus aureus (MRSA). 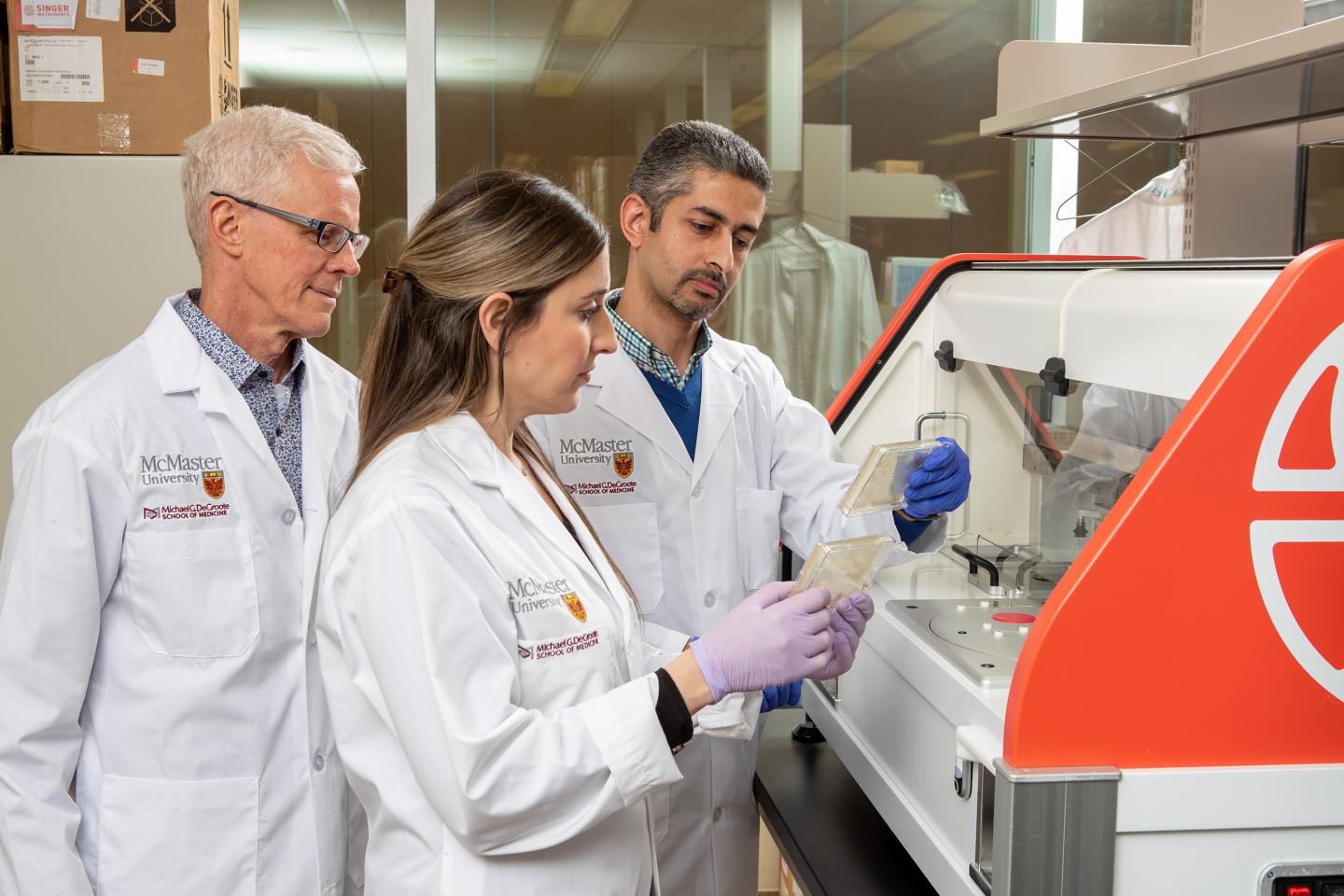 The findings were published in the journal American Chemical Society Infectious Diseases.

"In this study, we investigated 18 commercially available cannabinoids and they all showed antibiotic activity, some much more than others," said study lead Eric Brown, professor of biochemistry and biomedical sciences at McMaster.

"The one we focused on was a non-psychoactive cannabinoid called CBG, as it had the most promising activity. We synthesized that cannabinoid in mass quantity which gave us sufficient compound to go deep into the research."

The research team found that CBG had antibacterial activity against drug-resistant MRSA. It prevented the ability of that bacteria to form biofilms, which are communities of microorganisms that attach to each other and to surfaces; and it destroyed preformed biofilms and cells resistant to antibiotics. CBG achieved this by targeting the cell membrane of the bacteria.

These findings in the laboratory were supported when mice with an MRSA infection were given CBG.

One caveat noted by the research team is the toxicity of CBG on the host cells which makes the study's findings an important lead rather than a likely final product, Brown said.

"It opens a therapeutic window, but a narrow one, to develop this into a drug," he said. "The next steps are to try to make the compound better in that it is more specific to the bacteria and has a lower chance of toxicity."

The Brown lab has been studying the antibiotic potential of cannabis for the past two years since the legalization of marijuana in Canada.

"This research became top of mind for us, in part, because we are in Canada," Brown said. "There has been some stigma of investing in this kind of research, but there's increasing anecdotal evidence of the medicinal use of cannabis. The stigma seems to be waning."

Brown said the study was reliant on his collaborator, Jakob Magolan, a McMaster associate professor of biochemistry and biomedical sciences who specializes in drug development using organic synthetic chemistry.

"The labs of Jake and I are just steps away from each other and our teams are talking to each other all the time," Brown said. "This is just one of many exciting projects we're involved with that combine scientists with very different but complementary expertise."