"And the Lord delivered Lachish into the hand of Israel, which took it on the second day, and smote it with the edge of the sword, and all the souls therein..." -Joshua, 10:32

The Biblical Book of Joshua tells the story of the ancient Israelites' entry into the Promised Land after a 40-year sojourn in the desert. Now, a team of archaeologists led by Professor Yosef Garfinkel at the Hebrew University of Jerusalem's Institute of Archaeology and Professor Michael Hasel at Southern Adventist University in Tennessee, have opened a window onto the Canaanite society that inhabited the land during that era.

A Canaanite storage jar with an inscription bearing the letter "samek." 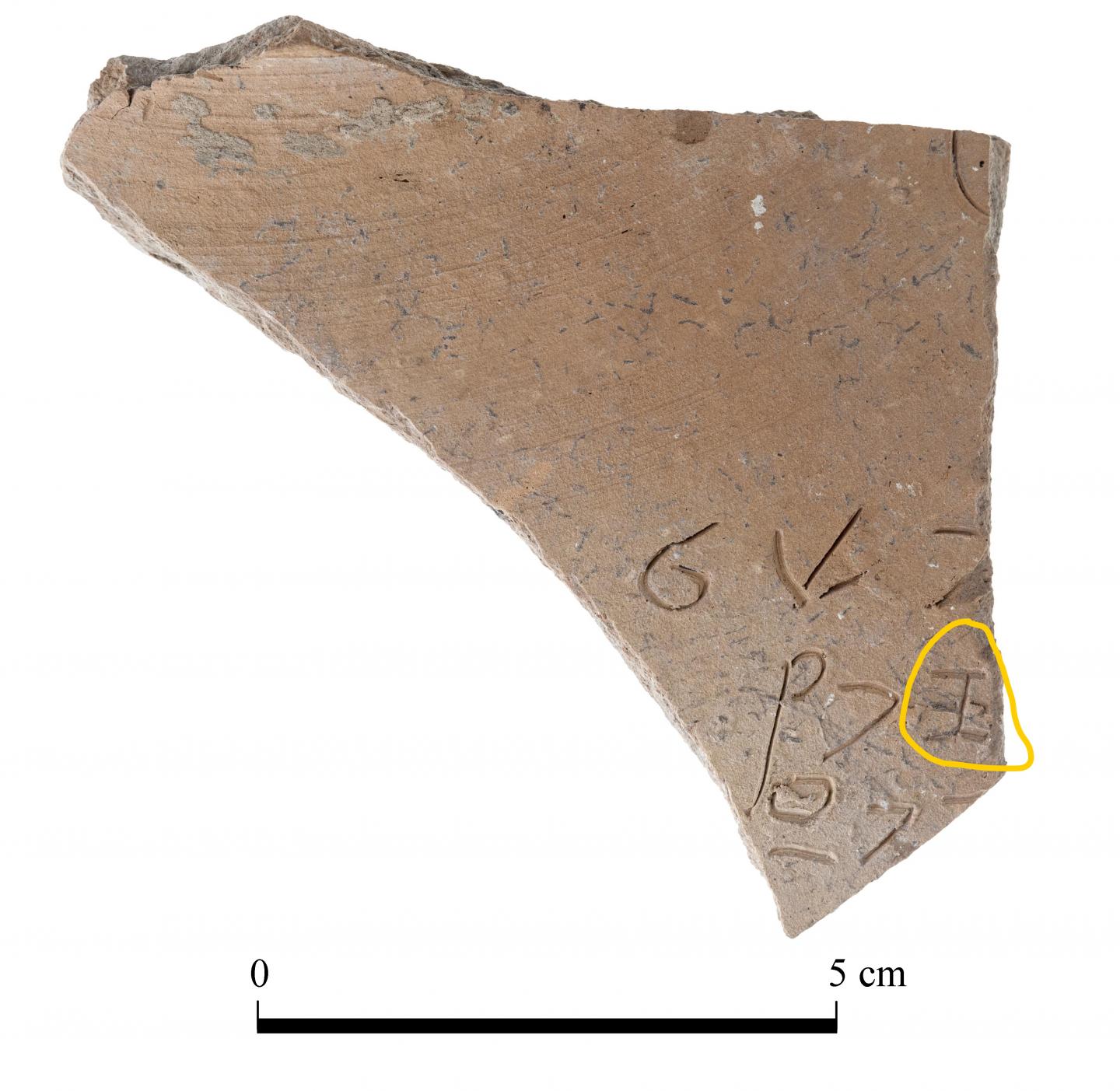 In a study published last month in Levant, Garfinkel and his co-authors revealed, for the first time ever, extensive ruins of a Canaanite temple dating to the 12th century BCE that they uncovered in National Park Tel Lachish, a large Bronze Age-era settlement near the present-day Israeli city of Kiryat Gat.

Lachish was one of the most important Canaanite cities in the Land of Israel during the Middle and late Bronze Ages; its people controlled large parts of the Judean lowlands. The city was built around 1800 BCE and later destroyed by the Egyptians around 1550 BCE. It was rebuilt and destroyed twice more, succumbing for good around 1150 BCE. The settlement is mentioned in both the Bible and in various Egyptian sources and was one of the few Canaanite cities to survive into the 12th century BCE.

"This excavation has been breath-taking," shared Garfinkel. "Only once every 30 or 40 years do we get the chance to excavate a Canaanite temple in Israel. What we found sheds new light on ancient life in the region. It would be hard to overstate the importance of these findings." 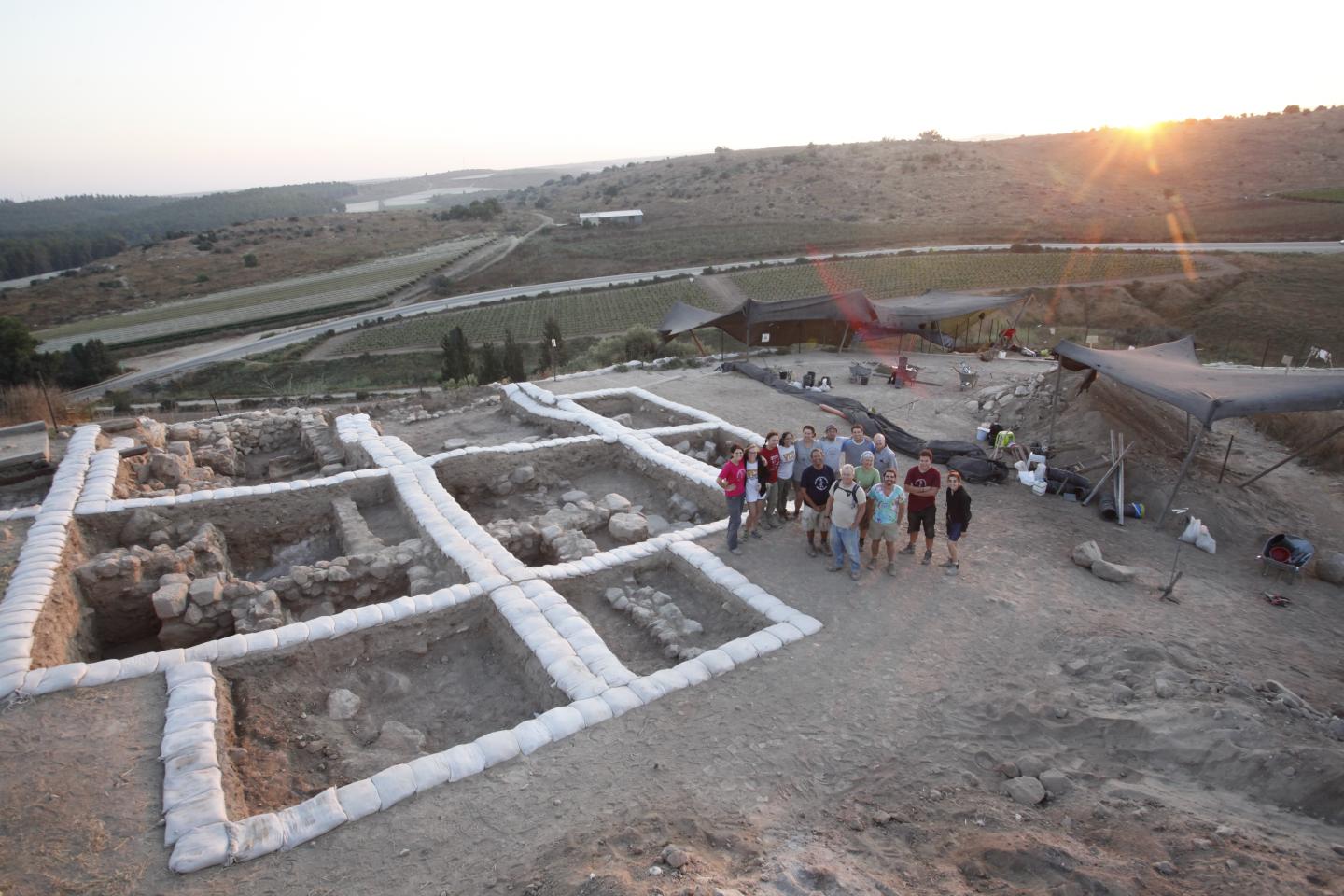 Credit:  Courtesy of the Fourth Expedition to Lachish

The layout of the temple is similar to other Canaanite temples in northern Israel, among them Nablus, Megiddo and Hazor. The front of the compound is marked by two columns and two towers leading to a large hall. The inner sanctum has four supporting columns and several unhewn "standing stones" that may have served as representations of temple gods. The Lachish temple is more square in shape and has several side rooms, typical of later temples including Solomon's Temple.

In addition to these archaeological ruins, the team unearthed a trove of artifacts including, bronze cauldrons, Hathor-inspired jewellery, daggers and axe-heads adorned with bird images, scarabs, and a gold-plated bottle inscribed with the name Ramses II, one of Egypt's most powerful pharaohs. Near the temple's holy of holies, the team found two bronze figurines. Unlike the winged cherubs in Solomon's Temple, the Lachish figurines were armed "smiting gods".

Of particular interest was a pottery sherd engraved with ancient Canaanite script. There, the letter "samek" appears, marked by an elongated vertical line crossed by three perpendicular shorter lines. This makes it the oldest known example of the letter and a unique specimen for the study of ancient alphabets.

Only time will tell what treasures still remain to be uncovered in the ancient city of Lachish.