Powder, Not Gas: A Safer, More Effective Way To Create A Star On Earth

A major issue with operating ring-shaped fusion facilities known as tokamaks is keeping the plasma that fuels fusion reactions free of impurities that could reduce the efficiency of the reactions. Now, scientists at the U.S. Department of Energy’s (DOE) Princeton Plasma Physics Laboratory (PPPL) have found that sprinkling a type of powder into the plasma could aid in harnessing the ultra-hot gas within a tokamak facility to produce heat to create electricity without producing greenhouse gases or long-term radioactive waste. 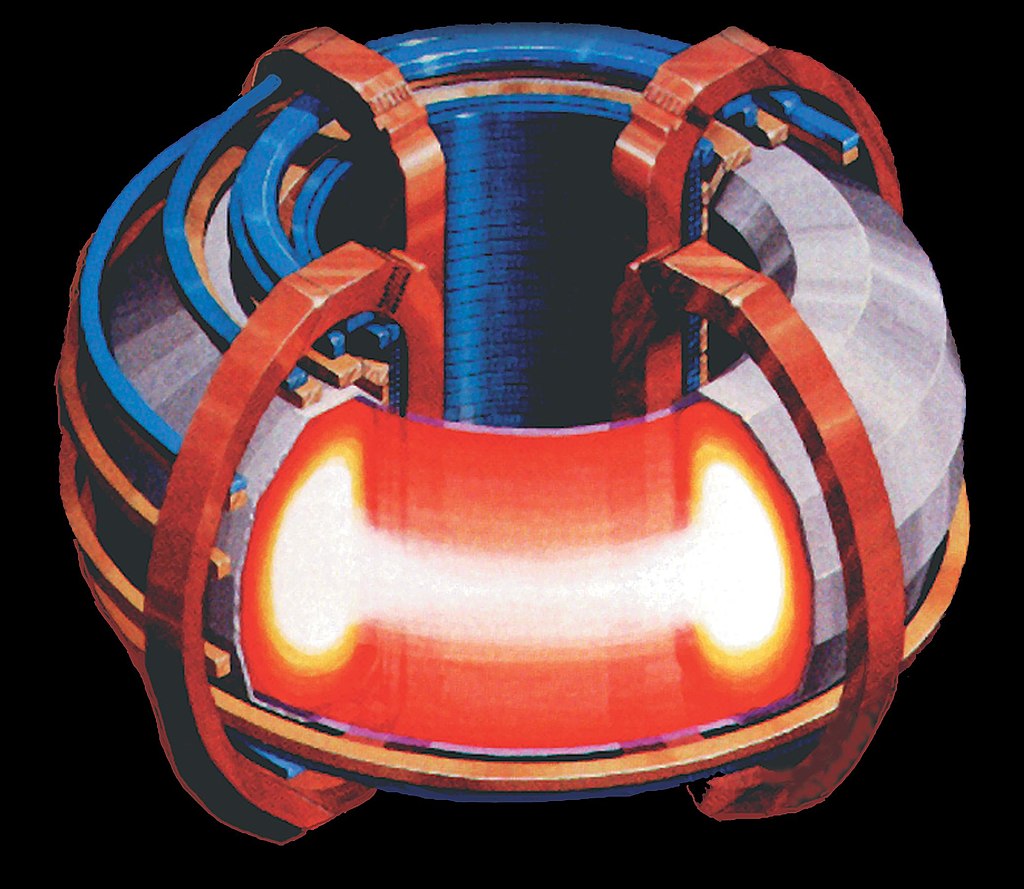 Fusion, the power that drives the sun and stars, combines light elements in the form of plasma — the hot, charged state of matter composed of free electrons and atomic nuclei — that generates massive amounts of energy. Scientists are seeking to replicate fusion on Earth for a virtually inexhaustible supply of power to generate electricity.

“The main goal of the experiment was to see if we could lay down a layer of boron using a powder injector,” said PPPL physicist Robert Lunsford, lead author of the paper(link is external) reporting the results in Nuclear Fusion. “So far, the experiment appears to have been successful.”

­The boron prevents an element known as tungsten from leaching out of the tokamak walls into the plasma, where it can cool the plasma particles and make fusion reactions less efficient. A layer of boron is applied to plasma-facing surfaces in a process known as “boronization.” Scientists want to keep the plasma as hot as possible — at least ten times hotter than the surface of the sun — to maximize the fusion reactions and therefore the heat to create electricity.

Using powder to provide boronization is also far safer than using a boron gas called diborane, the method used today. “Diborane gas is explosive, so everybody has to leave the building housing the tokamak during the process,” Lunsford said. “On the other hand, if you could just drop some boron powder into the plasma, that would be a lot easier to manage. While diborane gas is explosive and toxic, boron powder is inert,” he added. “This new technique would be less intrusive and definitely less dangerous.”

Another advantage is that while physicists must halt tokamak operations during the boron gas process, boron powder can be added to the plasma while the machine is running. This feature is important because to provide a constant source of electricity, future fusion facilities will have to run for long, uninterrupted periods of time. “This is one way to get to a steady-state fusion machine,” Lunsford said. “You can add more boron without having to completely shut down the machine.”

There are other reasons to use a powder dropper to coat the inner surfaces of a tokamak. For example, the researchers discovered that injecting boron powder has the same benefit as puffing nitrogen gas into the plasma — both techniques increase the heat at the plasma edge, which increases how well the plasma stays confined within the magnetic fields.

The powder dropper technique also gives scientists an easy way to create low-density fusion plasmas, important because low density allows plasma instabilities to be suppressed by magnetic pulses, a relatively simple way to improve fusion reactions. Scientists could use powder to create low-density plasmas at any time, rather than waiting for a gaseous boronization. Being able to create a wide range of plasma conditions easily in this way would enable physicists to explore the behavior of plasma more thoroughly.

In the future, Lunsford and the other scientists in the group hope to conduct experiments to determine where, exactly, the material goes after it has been injected into the plasma. Physicists currently hypothesize that the powder flows to the top and bottom of the tokamak chamber, the same way the plasma flows, “but it would be useful to have that hypothesis backed up by modeling so we know the exact locations within the tokamak that are getting the boron layers,” Lunsford said.

This research was supported by the DOE Office of Science (FES) and the Euratom research and training programme. The research group included collaborators from Germany’s Max Planck Institute for Plasma Physics.

PPPL, on Princeton University's Forrestal Raphael RosenCampus in Plainsboro, N.J., is devoted to creating new knowledge about the physics of plasmas — ultra-hot, charged gases — and to developing practical solutions for the creation of fusion energy. The Laboratory is managed by the University for the U.S. Department of Energy’s Office of Science, which is the single largest supporter of basic research in the physical sciences in the United States and is working to address some of the most pressing challenges of our time. For more information, visit https://energy.gov/science