Cardiff University scientists have shed new light on the Earth’s climate behaviour during the last known period of global warming over 14 million years ago.

During this period, known as the middle Miocene Climate Optimum, global temperatures were as much as 3 to 4 degrees warmer than today’s average temperatures, similar to estimates for 2100. The position of the continents were similar to today and the seas were flourishing with life. 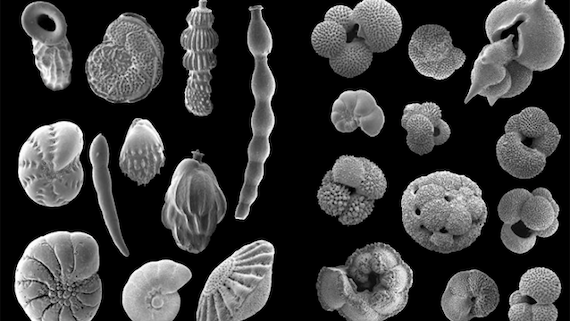 
This period, which occurred between 15 and 17 million years ago, has puzzled geologists for decades as they have tried to explain the initial cause of the global warming and the environmental conditions that existed on Earth afterwards.

It is already known that this period of global warming was accompanied by massive volcanic eruptions which covered most of the modern-day Pacific Northwest in the USA, called the Columbia River flood basalts.

Around the same time a significant oil-rich layer of rock, known as the Monterey Formation, was created along the coastline of California as a result of the burial of carbon-rich marine life.

Up until now scientists have struggled to piece together the puzzle and come up with a viable explanation for the origin of the warmth and the link between the volcanic eruptions and the increased amounts of carbon burial.

Prof Carrie Lear, the senior scientist on the study and based at Cardiff University’s School of Earth and Ocean Sciences, said: “Our planet has been warm before. We can use ancient fossils to help understand how the climate system works during these times.”

In their study, published today in the journal Nature Communications, the team used the chemistry of marine fossils taken from long sediment cores from the Pacific, Atlantic and Indian oceans to fingerprint the temperature and carbon levels of the seawater in which the ancient creatures once lived during the middle Miocene Climate Optimum.

Their results showed that the massive volcanic eruptions of the Columbia River flood basalts released CO2 into the atmosphere and triggered a decline in ocean pH. With global temperatures rising as a consequence of this, sea-levels also rose, flooding large areas of the continents. This created the ideal conditions to bury large amounts of carbon from the accumulations of marine organisms in sediments, and to transfer volcanic carbon from the atmosphere to the ocean over tens of thousands of years.

“The elevated marine productivity and carbon burial helped to remove some of the carbon dioxide from the volcanoes and acted as a negative feedback, mitigating some, but not all, of the climatic effects associated with the outpouring of volcanic CO2,” said lead author of the study Dr Sindia Sosdian from Cardiff University’s School of Earth and Ocean Sciences.

Past large episodes of volcanism throughout Earth’s history have been linked to mass extinctions and widespread oxygen depletion in the oceans; however, there was no such occurrence in the middle Miocene Climate Optimum.

Co-author of the study Dr Tali Babila from the School of Ocean and Earth Sciences at the Univesity of Southampton added: “During the Miocene Climatic Optimum the response of the oceans and climate was remarkably similar to other massive volcanic eruptions in the geological record. The presence of the Antarctic ice sheet and the relatively slow release of carbon however minimised the magnitude of environmental change and the associated consequences on marine life during this event.”

“Thanks to our findings we now have a very clear picture of what was going on over 14 million years ago and this will change the way that scientists look at this period of global warming,” continued Dr Sosdian.

“We know that our current climate is warming much faster than the Miocene Climatic Optimum so we won’t be able to rely on these slow natural feedbacks to counteract global warming. But this research is still important because it helps us understand how our planet works when it is in a warm mode.”

This collaborative study involves Cardiff University (UK), the University of Southampton (UK), and St. Andrews University (UK) and is part of an research project funded by the National Environmental Research Council (NERC).