People were cooking and eating starchy plants thousands of years earlier than previously thought. "Early evidence of cooked starchy plant food is sparse, yet the consumption of starchy roots is likely to have been a key innovation in the human diet," write the authors about their recent discovery.

"The inhabitants of the Border Cave in the Lebombo Mountains on the Kwazulu-Natal/eSwatini border were cooking starchy plants 170 thousand years ago," says Professor Lyn Wadley, a scientist from the Wits Evolutionary Studies Institute at the University of the Witwatersrand, South Africa (Wits ESI). "This discovery is much older than earlier reports for cooking similar plants and it provides a fascinating insight into the behavioral practices of early modern humans in southern Africa. It also implies that they shared food and used wooden sticks to extract plants from the ground."

"The edible Hypoxis rhizomes appear to have been cooked and consumed in the cave by the Middle Stone Age humans at the site. Hypoxis has a wide geographical distribution, suggesting that the rhizomes could have been a ready and reliable carbohydrate source for Homo sapiens in Africa, perhaps facilitating the mobility of human populations." say the authors in the newly published study. 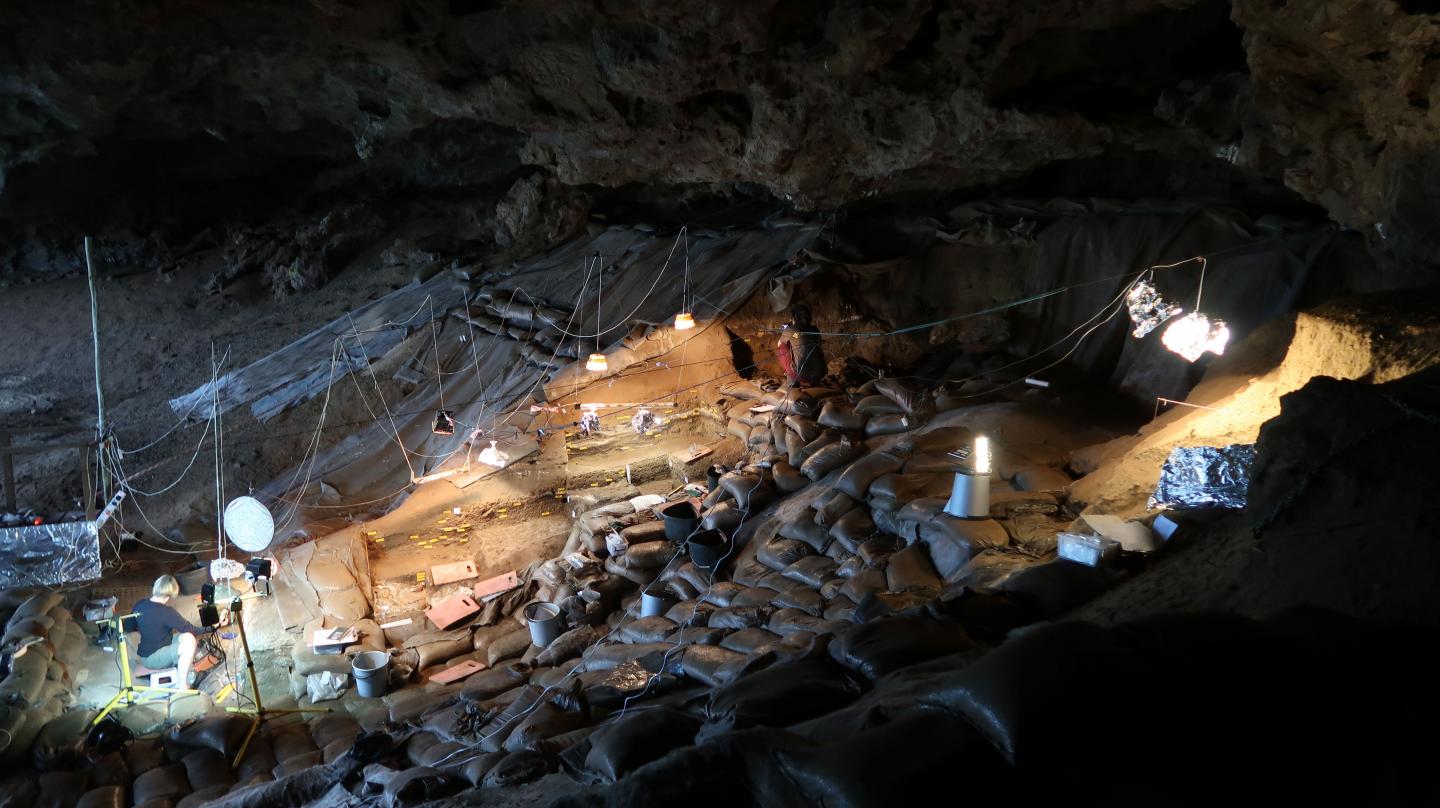 "It is extraordinary that such fragile plant remains have survived for so long," says Dr Christine Sievers, a scientist from the University of the Witwatersrand, who completed the archaeobotanical work with Wadley. The underground food plants were uncovered during excavations at Border Cave in the Lebombo Mountains (on the border of KwaZulu-Natal Province, South Africa, and eSwatini [formerly Swaziland]), where the team has been digging since 2015.

During the excavation, Wadley and Sievers recognized the small, charred cylinders as rhizomes. All appear to belong to the same species, and 55 charred, whole rhizomes were identified as Hypoxis, commonly called the Yellow Star flower. "The most likely of the species growing in KwaZulu-Natal today is the slender-leafed Hypoxis angustifolia that is favored as food," adds Sievers. "It has small rhizomes with white flesh that is more palatable than the bitter, orange flesh of rhizomes from the better known medicinal Hypoxis species (incorrectly called African Potato)." 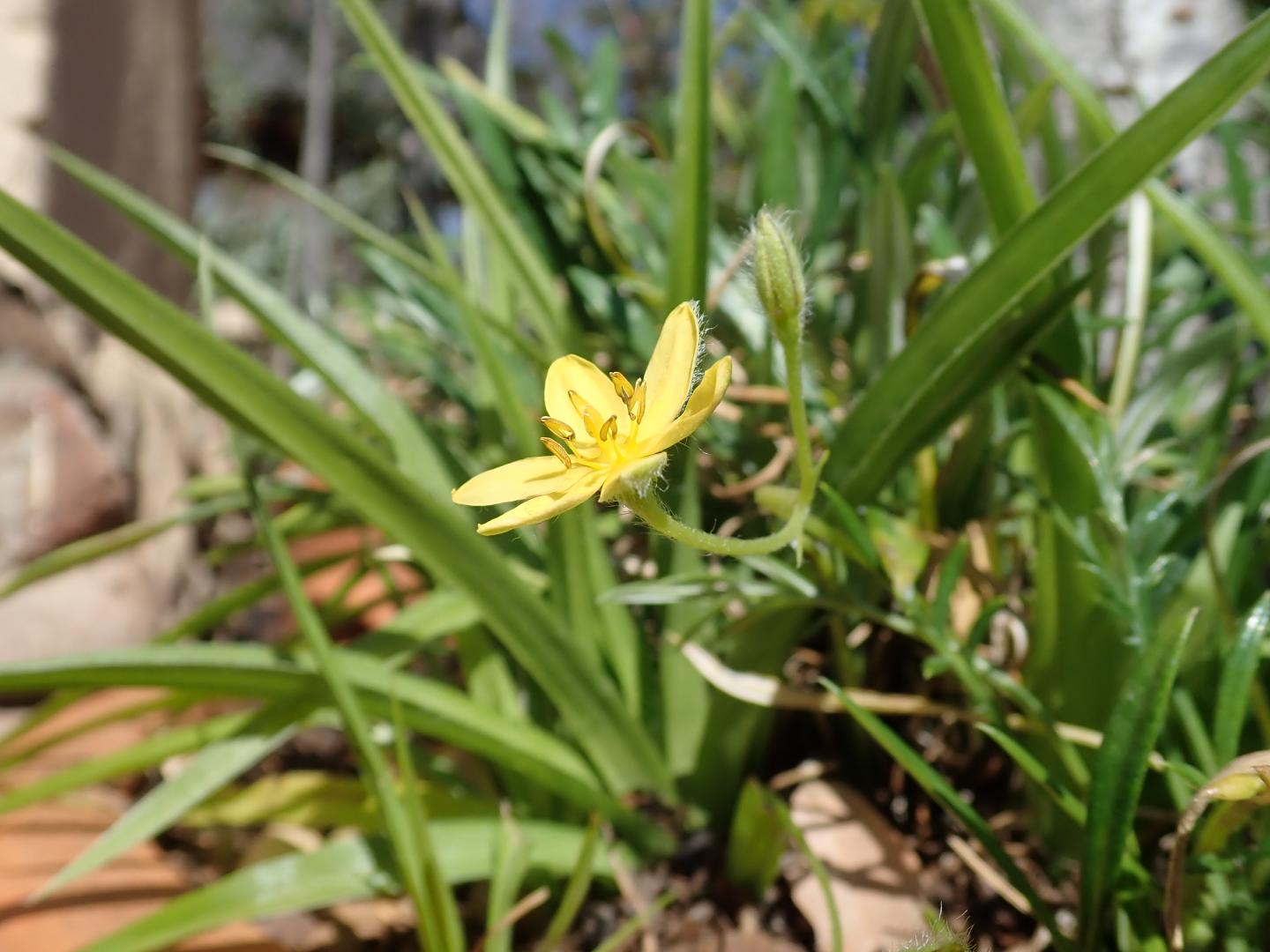 
The Border Cave plant identifications were made on the size and shape of the rhizomes and on the vascular structure examined under a scanning electron microscope. Modern Hypoxis rhizomes and their ancient counterparts have similar cellular structures and the same inclusions of microscopic crystal bundles, called raphides. The features are still recognizable even in the charred specimens. Over a four-year period, Wadley and Sievers made a collection of modern rhizomes and geophytes from the Lebombo area. "We compared the botanical features of the modern geophytes and the ancient charred specimens, in order to identify them," explains Sievers.

Hypoxis rhizomes are nutritious and carbohydrate-rich with an energy value of approximately 500 KJ/100g. While they are edible raw, the rhizomes are fibrous and have high fracture toughness until they are cooked. The rhizomes are rich in starch and would have been an ideal staple plant food. "Cooking the fibre-rich rhizomes would have made them easier to peel and to digest so more of them could be consumed and the nutritional benefits would be greater," says Wadley.

Wooden digging sticks used to extract the plants from the ground

"The discovery also implies the use of wooden digging sticks to extract the rhizomes from the ground. One of these tools was found at Border Cave and is directly dated at circa 40,000 years ago," says co-author of the paper and co-director of the excavation, Professor Francesco d'Errico, (Centre National de la Recherche Scientifique (CNRS), Université de Bordeaux, France and University of Bergen, Norway). Dr Lucinda Backwell (Instituto Superior de Estudios Sociales, ISES-CONICET, Tucumán, Argentina) also co-authored the paper and was a co-director of the excavation.

The plants were cooked and shared

The Hypoxis rhizomes were mostly recovered from fireplaces and ash dumps rather than from surrounding sediment. "The Border Cave inhabitants would have dug Hypoxis rhizomes from the hillside near the cave, and carried them back to the cave to cook them in the ashes of fireplaces," says Wadley. "The fact that they were brought back to the cave rather than cooked in the field suggests that food was shared at the home base. This suggests that the rhizomes were roasted in ashes and that, in the process, some were lost. While the evidence for cooking is circumstantial, it is nonetheless compelling."

This new discovery adds to the long list of important finds at Border Cave. The site has been repeatedly excavated since Raymond Dart first worked there in 1934. Amongst earlier discoveries were the burial of a baby with a Conus seashell at 74,000 years ago, a variety of bone tools, an ancient counting device, ostrich eggshell beads, resin, and poison that may once have been used on hunting weapons. 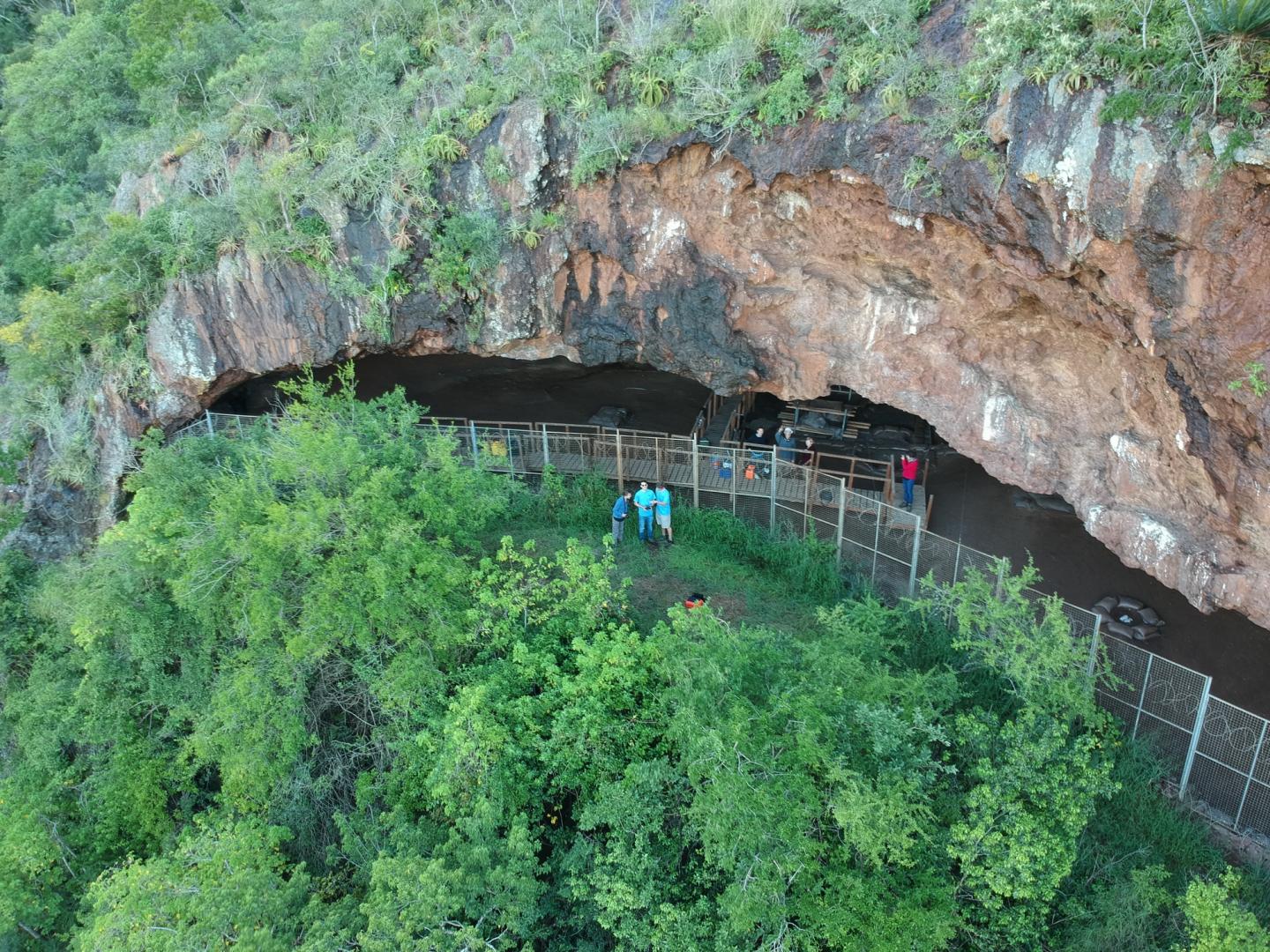 Border Cave is a heritage site with a small site museum. The cave and museum are open to the public, though bookings are essential [Olga Vilane (+27) (0) 72 180 4332]. Wadley and her colleagues hope that the Border Cave discovery will emphasise the importance of the site as an irreplaceable cultural resource for South Africa and the rest of the world.

Hypoxis angustifolia is evergreen, so it has visibility year-round, unlike the more common deciduous Hypoxis species. It thrives in a variety of modern habitats and is thus likely to have had wide distribution in the past as it does today. It occurs in sub-Saharan Africa, south Sudan, some Indian Ocean islands, and as far afield as Yemen. Its presence in Yemen may imply even wider distribution of this Hypoxis plant during previous humid conditions. Hypoxis angustifolia rhizomes grow in clumps so many can be harvested at once. "All of the rhizome's attributes imply that it could have provided a reliable, familiar food source for early humans trekking within Africa, or even out of Africa," said Lyn Wadley. Hunter-gatherers tend to be highly mobile so the wide distribution of a potential staple plant food would have ensured food security.