Researchers predict that annual river ice cover will decline by about six days for every one degree Celsius increase in global temperatures.

More than half of Earth’s rivers freeze over every year. These frozen rivers support important transportation networks for communities and industries located at high latitudes. Ice cover also regulates the amount of greenhouse gasses released from rivers into Earth’s atmosphere.

Ice cover on the Yukon River approaching its confluence with the Tanana River in Alaska. 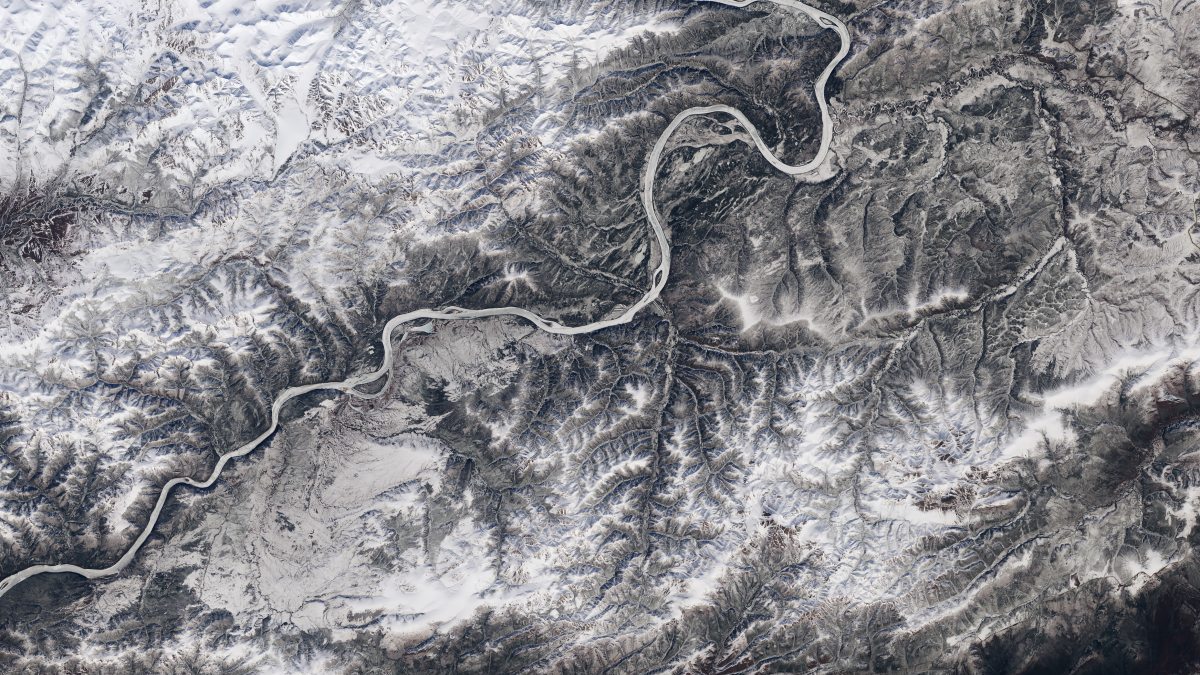 
A new study from researchers in the University of North Carolina at Chapel Hill Department of Geological Sciences found that annual river ice cover will decline by about six days for every one degree Celsius increase in global temperatures. This decline will have economic and environmental consequences. The study, “The past and future of global river ice,” was published Jan. 1 in the journal Nature. It is the first study to look at the future of river ice on a global scale.

“We used more than 400,000 satellite images taken over 34 years to measure which rivers seasonally freeze over worldwide, which is about 56% of all large rivers,” said Xiao Yang, a postdoctoral scholar in the UNC-Chapel Hill geological sciences department and lead author on the paper. “We detected widespread declines in monthly river ice coverage. And the predicted trend of future ice loss is likely to lead to economic challenges for people and industries along these rivers, and shifting seasonal patterns in greenhouse gas emissions from the ice-affected rivers.”

The team also looked at changes to river ice cover in the past and modeled predicted changes for the future. Comparing river ice cover from 2008–2018 and 1984–1994, the team found a monthly global decline ranging from .3 to 4.3 percentage points. The greatest declines were found in the Tibetan Plateau, eastern Europe and Alaska.

“The observed decline in river ice is likely to continue with predicted global warming,” the study explains.

For the future, the team compared expected river ice cover through 2009-2029 and 2080-2100. Findings showed monthly declines in the Northern Hemisphere ranging from 9–15% in the winter months and 12–68% during the spring and fall. The Rocky Mountains, northeastern United States, eastern Europe and Tibetan Plateau are expected to take the heaviest impact.

“Ultimately, what this study shows is the power of combining massive amounts of satellite imagery with climate models to help better project how our planet will change,” said Tamlin Pavelsky, a Carolina associate professor of global hydrology.