Diamonds in your devices: Powering the next generation of energy storage

Our use of battery-operated devices and appliances has been increasing steadily, bringing with it the need for safe, efficient, and high-performing power sources. To this end, a type of electrical energy storage device called the supercapacitor has recently begun to be considered as a feasible, and sometimes even better, alternative to conventional widely used energy-storage devices such as Li-ion batteries. Supercapacitors can charge and discharge much more rapidly than conventional batteries and also continue to do so for much longer. This makes them suitable for a range of applications such as regenerative braking in vehicles, wearable electronic devices, and so on.

In a breakthrough study, scientists from Japan use nanodiamonds to construct supercapacitors that can be widely used as a more efficient alternative to conventional energy-storage devices. 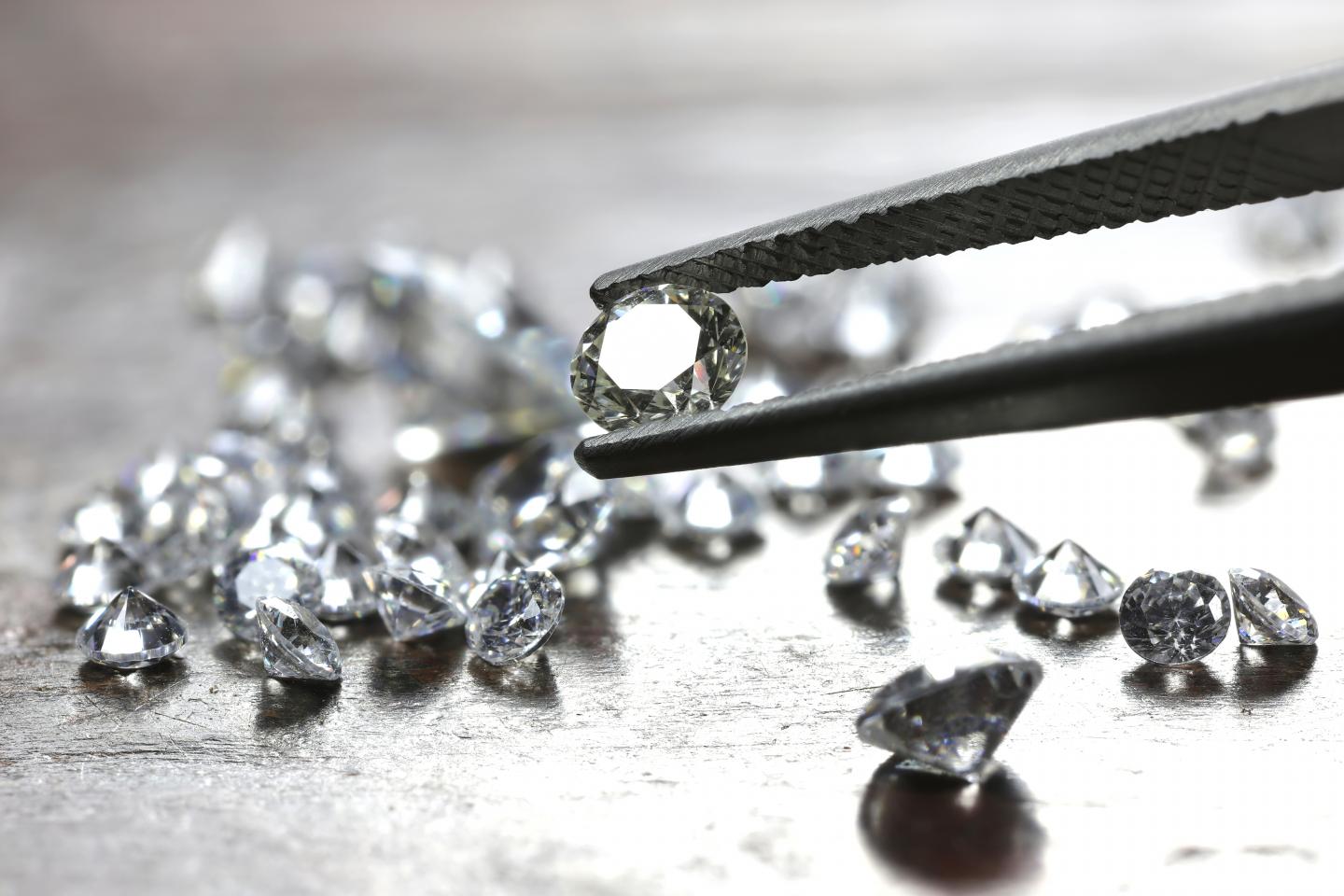 "If a high-performance supercapacitor using a non-flammable, non-toxic, and safe aqueous electrolyte can be created, it can be incorporated into wearable devices and other devices, contributing to a boom in the Internet of Things," Dr Takeshi Kondo, who is the lead scientist in a recent breakthrough study in the field, says.

Yet, despite their potential, supercapacitors, at present, have certain drawbacks that are preventing their widespread use. One major issue is that they have low energy density; that is, they store insufficient energy per unit area of their space. Scientists first attempted to solve this problem by using organic solvents as the electrolyte--the conducting medium--inside supercapacitors to raise the generated voltage (note that the square of the voltage is directly proportional to energy density in energy storage devices). But organic solvents are costly and have low conductivity. So, perhaps, an aqueous electrolyte would be better, the scientists thought.

Thus, the development of supercapacitor components that would be effective with aqueous electrolytes became a central research topic in the field.

In the aforementioned recent study, published in Scientific Reports, Dr Kondo and group from the Tokyo University of Science and Daicel Corporation in Japan explored the possibility of using a novel material, the boron-doped nanodiamond, as electrode in the supercapacitors--electrodes are the conducting materials in a battery or capacitor that connect the electrolyte with external wires, to transport current out of the system. This research group's choice of electrode material was based on the knowledge that boron-doped diamonds have a wide potential window, a feature that enables a high-energy storage device to remain stable over time. "We thought that water-based supercapacitors producing a large voltage could be realized if conductive diamond is used as an electrode material," Dr Kondo says.

The scientists used a technique called the microwave plasma-assisted chemical vapor deposition, MPCVD, to manufacture these electrodes and examined their performance by testing their properties. They found that in a basic two-electrode system with an aqueous sulfuric acid electrolyte, these electrodes produced a much higher voltage than did conventional cells, resulting in much higher energy and power densities for the supercapacitor. Further, they saw that even after 10,000 cycles of charging and discharging, the electrode remained very stable. The boron-doped nanodiamond had proven its worth.

Armed with this success, the scientists then ventured to explore whether this electrode material would show the same results if the electrolyte were changed to saturated sodium perchlorate solution, which is known to enable production of a higher voltage than what is possible with conventional sulfuric acid electrolyte. Indeed, the already high voltage generated expanded considerably in this setup.

Thus, as Dr Kondo has said, "the boron-doped nanodiamond electrodes are useful for aqueous supercapacitors, which function as high-energy storage devices suitable for high-speed charging and discharging."

Looks like diamonds could be driving our electronic and physical lives in the near future!