What Toppled the Great Assyrian Empire?

The Neo-Assyrian Empire, centered in northern Iraq and extending from Iran to Egypt -- the largest empire of its time -- collapsed after more than two centuries of dominance at the fall of its capital, Nineveh, in 612 B.C.E.

"Northern Iraq was the political and economic center of the Neo-Assyrian Empire (c. 912 to 609 BCE)—the largest and most powerful empire of its time. After more than two centuries of regional dominance, the Neo-Assyrian state plummeted from its zenith (c. 670 BCE) to complete political collapse (c. 615 to 609 BCE)."

Despite a plethora of cuneiform textual documentation and archaeological excavations and field surveys, archaeologists and historians have been unable to explain the abruptness and finality of the historic empire's collapse.

Deportees after the Assyrian siege of Lachish, Judea (701 B.C.E.). Detail from bas-relief removed from Sennacherib’s “Palace Without Rival,” Nineveh, Iraq, and now in The British Museum. 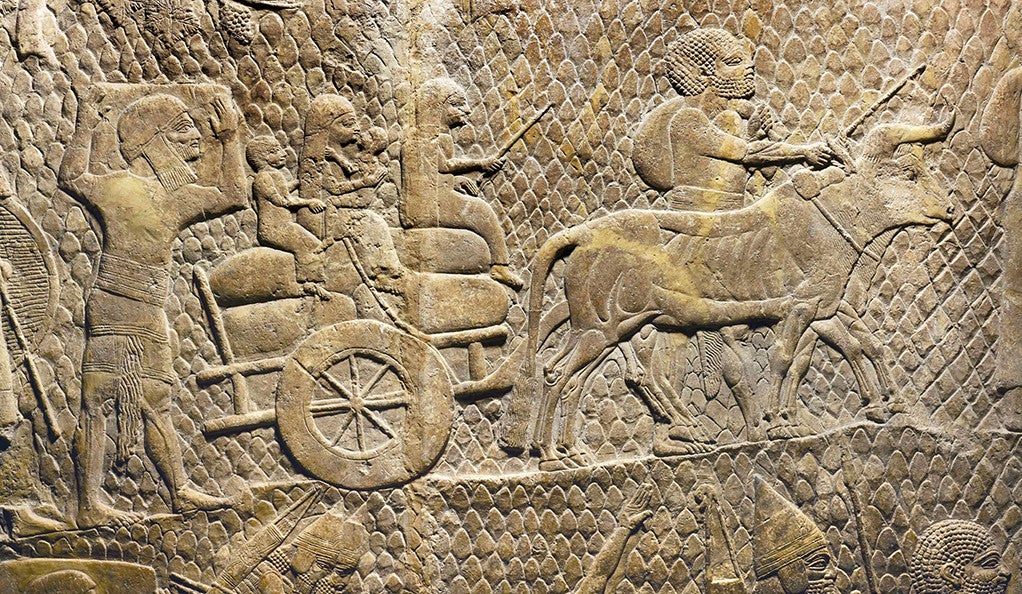 Photo courtesy of The British Museum


Numerous theories about the collapse have been put forward since the city and its destruction levels were first excavated by archaeologists 180 years ago. But the mystery of how two small armies -- the Babylonians in the south and the Medes in the east -- were able to converge on Nineveh and completely destroy what was then the largest city in the world, without any reoccupation, has remained unsolved.

A team of researchers -- led by Ashish Sinha, California State University, Dominguez Hills, and using archival and archaeological data contributed by Harvey Weiss, professor of Near Eastern archaeology and environmental studies at Yale -- was able for the first time to determine the underlying cause for the collapse. By examining new precipitation records of the area, the team discovered an abrupt 60-year megadrought that so weakened the Assyrian state that Nineveh was overrun in three months and abandoned forever. The research was published in Science Advances on Nov. 13.

Assyria was an agrarian society dependent on seasonal precipitation for cereal agriculture. To its south, the Babylonians relied on irrigation agriculture, so their resources, government, and society were not affected by the drought, explains Weiss.

The team analyzed stalagmites -- a type of speleothem that grows up from a cave floor and is formed by the deposit of minerals from water -- retrieved from Kuna Ba cave in northeast Iraq. The speleothems can provide a history of climate through the oxygen and uranium isotope ratios of infiltrating water that are preserved in its layers. Oxygen in rainwater comes in two main varieties: heavy and light. The ratio of heavy to light types of oxygen isotopes are extremely sensitive to variations in precipitation and temperature. Over time, uranium trapped in speleothems turns into thorium, allowing scientists to date the speleothem deposits.

Weiss and the research team synchronized these findings with archaeological and cuneiform records and were able to document the first paleoclimate data for the megadrought that affected the Assyrian heartland at the time of the empire's collapse, when its less drought-affected neighbors invaded. The team's research also revealed that this megadrought followed a high-rainfall period that facilitated the Assyrian empire's earlier growth and expansion.

"Now we have a historical and environmental dynamic between north and south and between rain-fed agriculture and irrigation-fed agriculture through which we can understand the historical process of how the Babylonians were able to defeat the Assyrians," said Weiss, adding that the total collapse of Assyria is still described by historians as the "mother of all catastrophes." 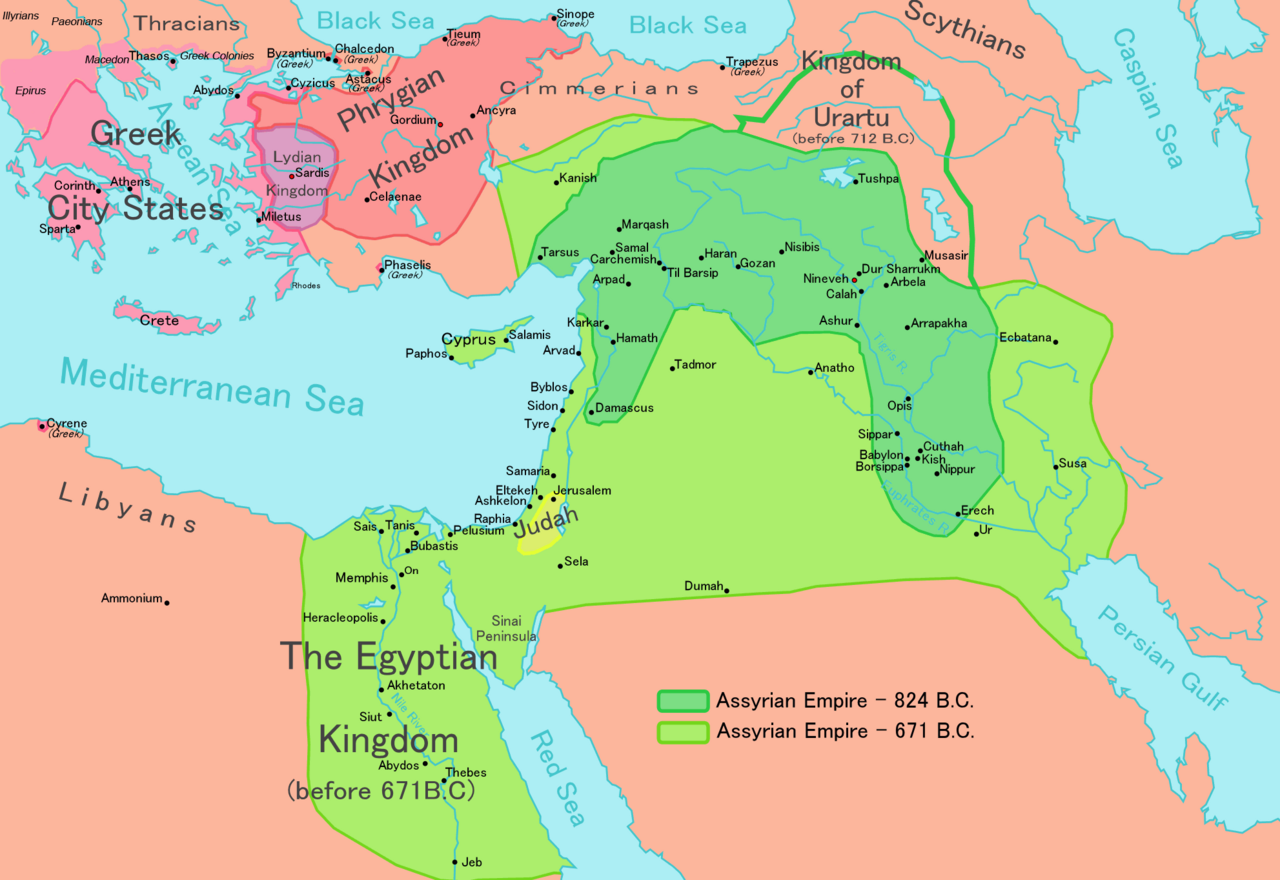 Through the archaeology and history of the region, Weiss was able to piece together how the megadrought data were synchronous with Assyria's cessation of long-distance military campaigns and the construction of irrigation canals that were similar to its southern neighbors but restricted in their agricultural extent. Other texts noted that the Assyrians were worrying about their alliances with distant places, while also fearing internal intrigue, notes Weiss.

"This fits into a historical pattern that is not only structured through time and space, but a time and space that is filled with environmental change," says Weiss. "These societies experienced climatic changes that were of such magnitude they could not simply adapt to them," he adds.

With these new speleothem records, says Weiss, paleoclimatologists and archaeologists are now able to identify environmental changes in the global historical record that were unknown and inaccessible even 25 years ago. "History is no longer two-dimensional; the historical stage is now three-dimensional," said Weiss.