New fossils of an ancient legged snake, called Najash, shed light on the origin of the slithering reptiles.

The fossil discoveries published in Science Advances have revealed they possessed hind legs during the first 70 million years of their evolution.

They also provide details about how the flexible skull of snakes evolved from their lizard ancestors. 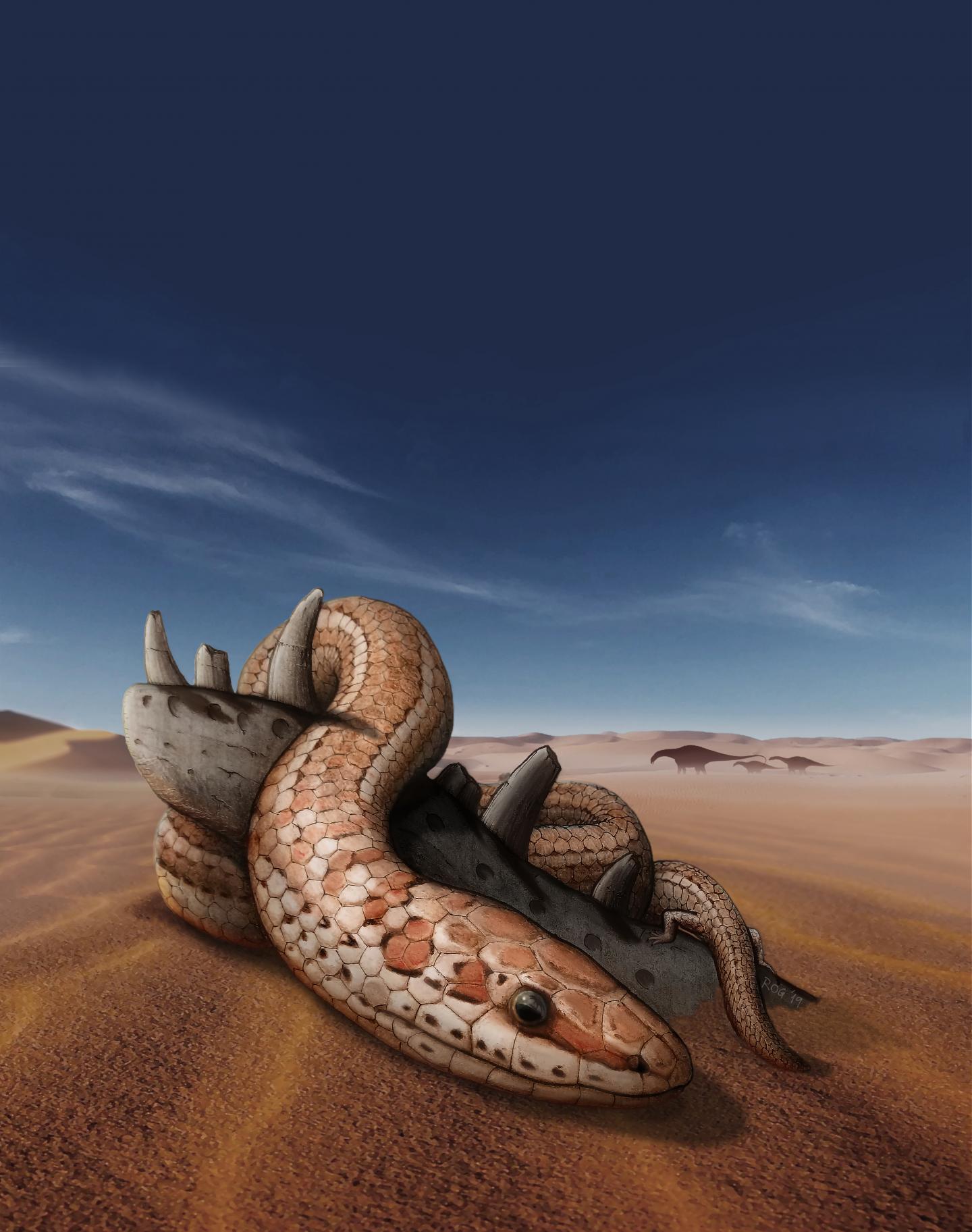 
The evolution of the snake body has captivated researchers for a long time - representing one of the most dramatic examples of the vertebrate body's ability to adapt - but a limited fossil record has obscured our understanding of their early evolution until now.

Dr Alessandro Palci, from Flinders University, was part of the international research team that performed high-resolution (CT) scanning and light microscopy of the preserved skulls of Najash to reveal substantial new anatomical data on the early evolution of snakes.

"Snakes are famously legless, but then so are many lizards. What truly sets snakes apart is their highly mobile skull, which allows them to swallow large prey items. For a long time we have been lacking detailed information about the transition from the relatively rigid skull of a lizard to the super flexible skull of snakes".

"Najash has the most complete, three-dimensionally preserved skull of any ancient snake, and this is providing an amazing amount of new information on how the head of snakes evolved. It has some, but not all of the flexible joints found in the skull of modern snakes. Its middle ear is intermediate between that of lizards and living snakes, and unlike all living snakes it retains a well-developed cheekbone, which again is reminiscent of that of lizards."

These are Najash specimens from LBPA as published in Science Advances. 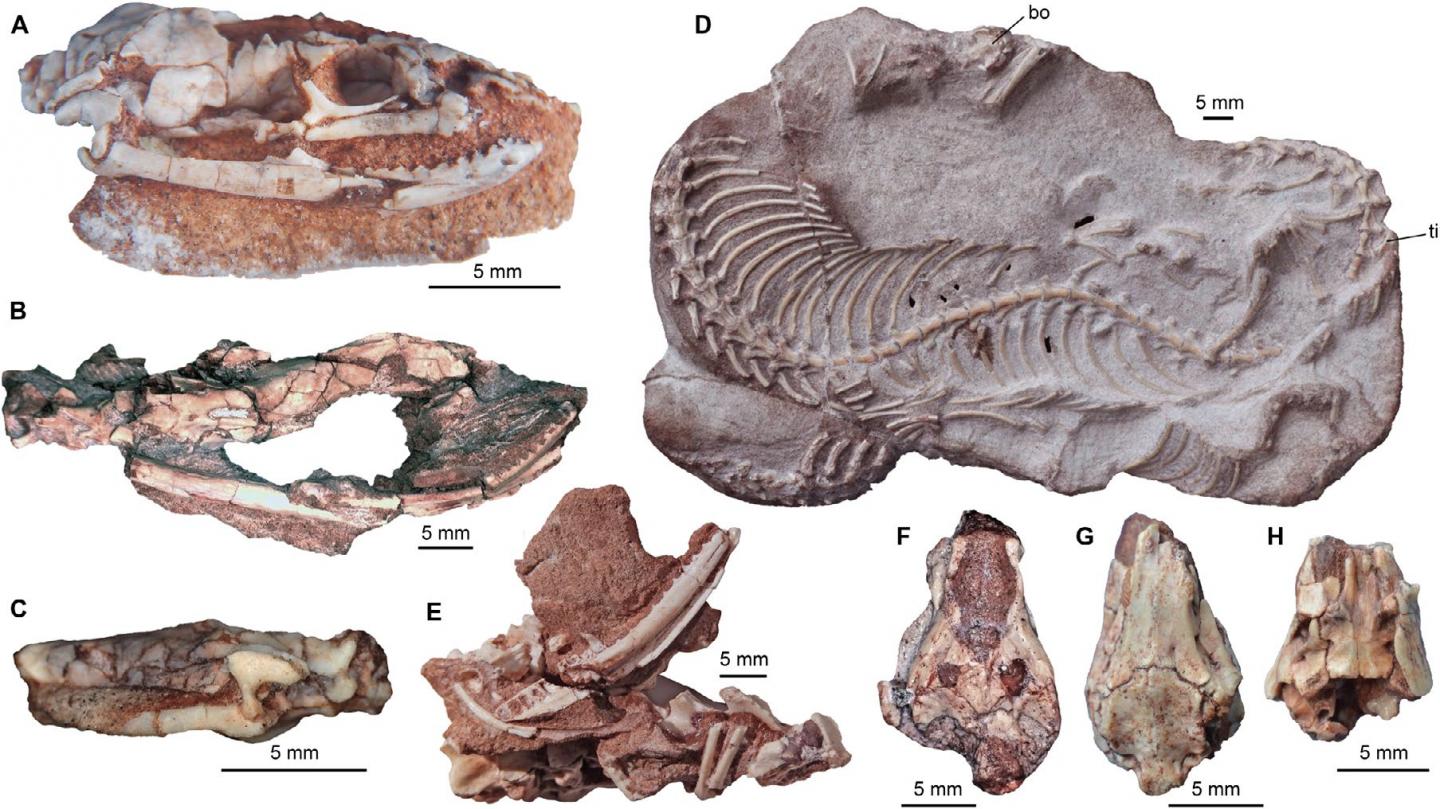 
CT scan reconstructions of the articulated skull of Najash as published in Science Advances, AAAS. 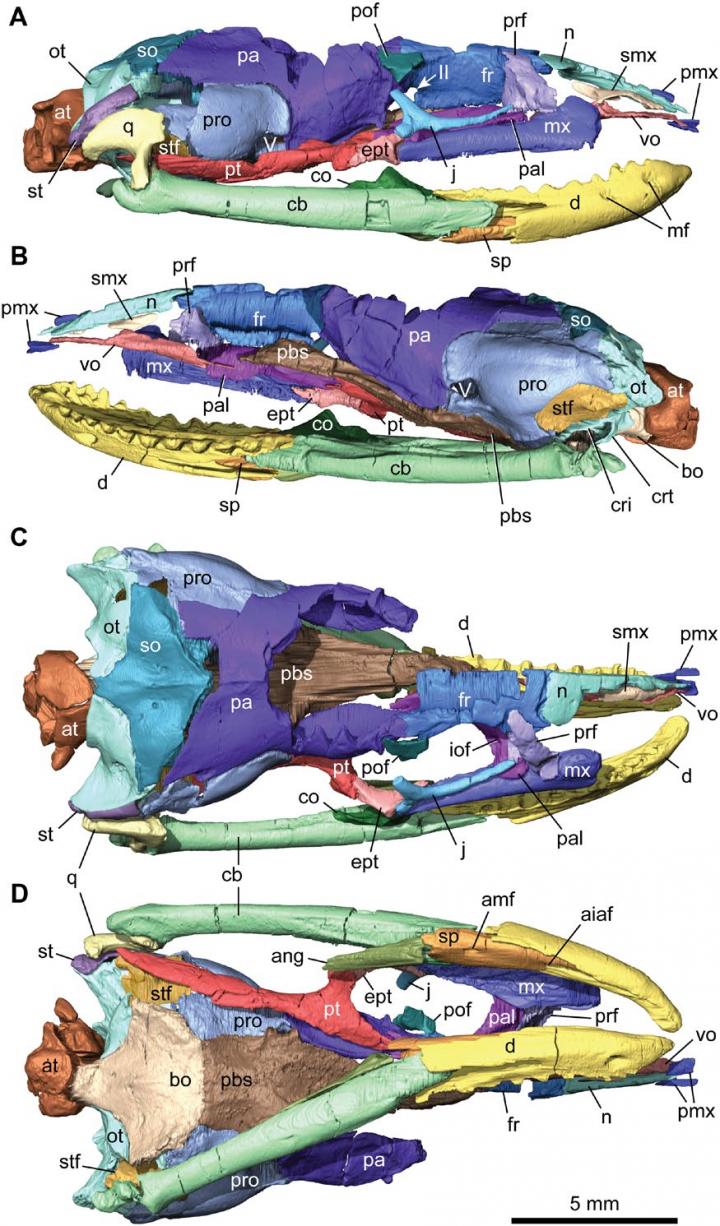 "These primitive snakes with little legs weren't just a transient evolutionary stage on the way to something better. Rather, they had a highly successful body plan that persisted across many millions of years, and diversified into a range of terrestrial, burowing and aquatic niches," says Professor Lee.