Some silicone masks are now so realistic they can easily be mistaken for real faces, new research suggests.

Hyper-realistic masks are made from flexible materials such as silicone and are designed to imitate real human faces - down to every last freckle, wrinkle and strand of real human hair.

In a study by the Universities of York and Kyoto, researchers asked participants to look at pairs of photographs and decide which showed a normal face and which showed a person wearing a mask.

Surprisingly, participants made the wrong call in one-in-five cases. 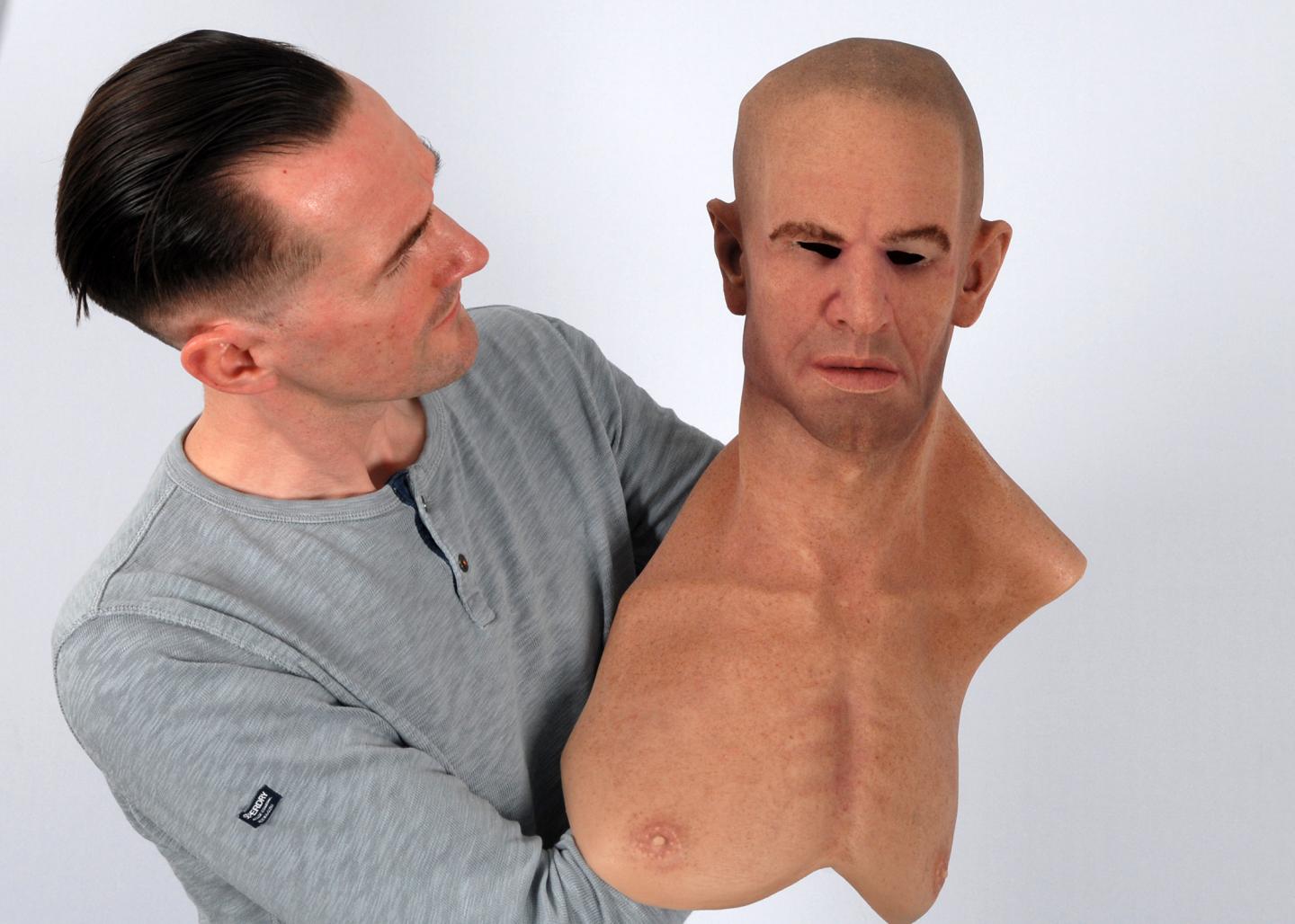 
The 20% error rate observed in the study likely underestimates the extent to which people would struggle to tell an artificial face from the real thing outside of the lab, the researchers say

The researchers collected data from participants from both the UK and Japan to establish any differences according to race. When asked to choose between photographs depicting faces of a different race to the trial participant, response times were slower and selections were 5% less accurate.

Dr Rob Jenkins from the Department of Psychology at the University of York, said: "In our study participants had several advantages over ordinary people in everyday life. We made it clear to participants that their task was to identify the mask in each pair of images and we showed them example masks before the test began.

"The real-world error rate is likely to be much higher because many people may not even be aware hyper-realistic masks exist and are unlikely to be looking out for them.

"The current generation of masks is very realistic indeed with most people struggling to tell an artificial face from the real thing."

There are now dozens of criminal cases in which culprits have passed themselves off as people of a different age, race or gender, sending police investigations down the wrong path.

In one recent case, an international gang used a hyper-realistic mask to impersonate a French minister, defrauding business executives out of millions of pounds.

Dr Jet Sanders, who worked on the study while a PhD student at the University of York, said: "Failure to detect synthetic faces may have important implications for security and crime prevention as hyper-realistic masks may allow the key characteristics of a persons' appearance to be incorrectly identified.

"These masks currently cost around £1000 each and we expect them to become more widely used as advances in manufacturing make them more affordable."

The research is published in the open access journal Cognitive Research: Principles and Implications. It was supported by the Economic and Social Research Council (ESRC) and Japan Society for the Promotion of Science (JSPS).