The leftovers from a spectacular supernova that revolutionised our understanding of how stars end their lives have finally been spotted by astronomers at
Cardiff University.
The scientists claim to have found evidence of the location of a neutron star that was left behind when a massive star ended its life in a gigantic explosion, leading to a famous supernova dubbed Supernova 1987A.

For more than 30 years astronomers have been unable to locate the neutron star - the collapsed leftover core of the giant star - as it has been concealed by a thick cloud of cosmic dust.

A close-up view of different components in the SN 1987A system: carbon monoxide molecular gas is shown in orange, hot hydrogen gas is shown in purple, and the dust which surrounds the neutron star is shown in cyan. 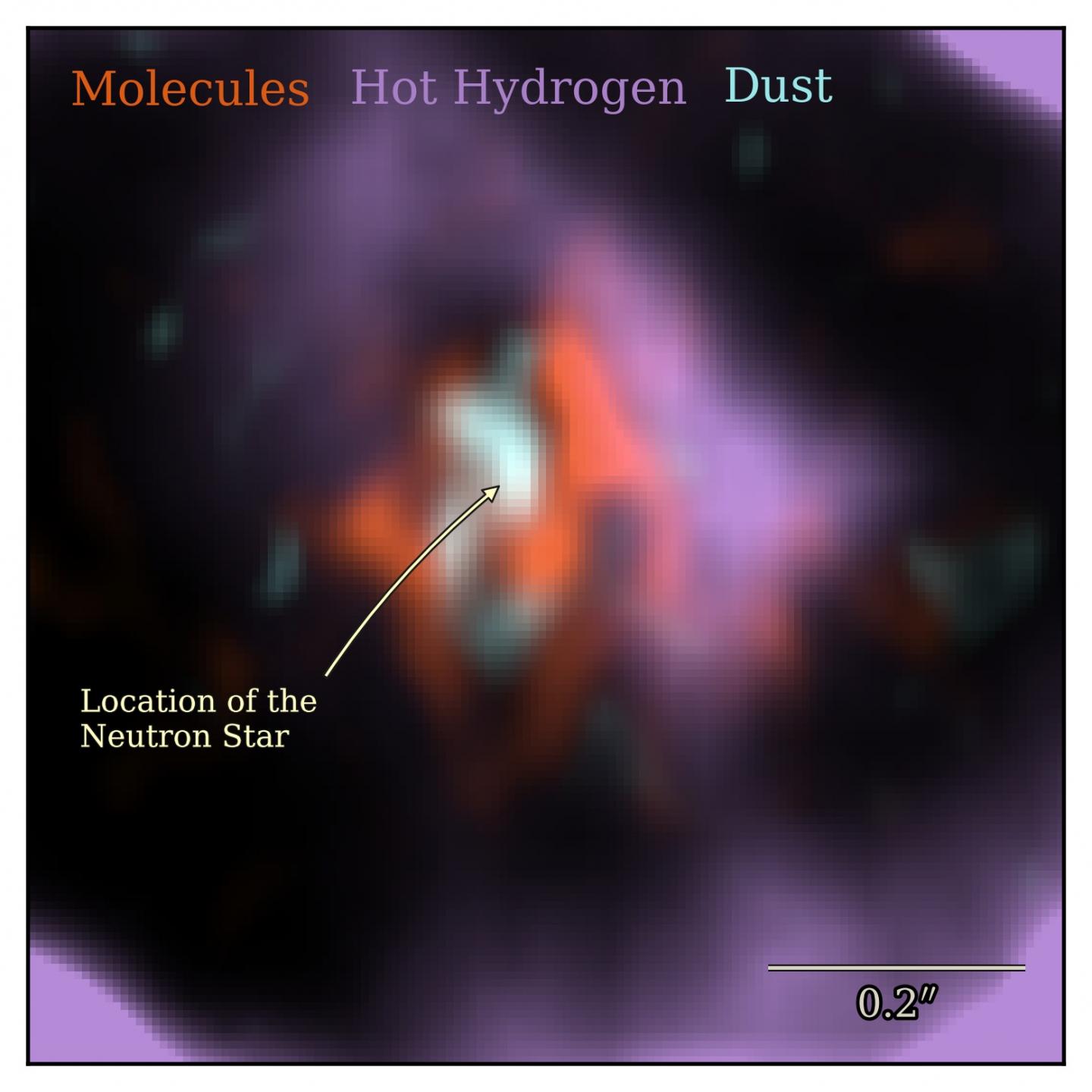 Using extremely sharp and sensitive images taken with the Atacama Large Millimeter/submillimeter Array (ALMA) telescope in the Atacama Desert of northern Chile, the team have found a particular patch of the dust cloud that is brighter than its surroundings, and which matches the suspected location of the neutron star.

The findings have been published in The Astrophysical Journal.

Lead author of the study Dr Phil Cigan, from Cardiff University's School of Physics and Astronomy, said: "For the very first time we can tell that there is a neutron star inside this cloud within the supernova remnant. Its light has been veiled by a very thick cloud of dust, blocking the direct light from the neutron star at many wavelengths like fog masking a spotlight."

Dr Mikako Matsuura, another leading member of the study, added: "Although the light from the neutron star is absorbed by the dust cloud that surrounds it, this in turn makes the cloud shine in sub-millimetre light, which we can now see with the extremely sensitive ALMA telescope."

Supernova 1987A was first spotted by astronomers on Feb 23, 1987, when it blazed in the night sky with the power of 100 million suns, and continuing to shine brightly for several months.

The supernova was discovered in a neighbouring galaxy, the Large Magellanic Cloud, only 160,000 light years away.

It was the nearest supernova explosion observed in over 400 years and, since its discovery, has continued to fascinate astronomers who have been presented with the perfect opportunity to study the phases before, during, and after the death of a star.

The supernova explosion that took place at the end of this star's life resulted in huge amounts of gas with a temperature of over a million degrees, but as the gas began to cool down quickly below zero degrees centigrade, some of the gas transformed into a solid, i.e. dust.

Artistic rendering of a neutron star enveloped by a shroud of dust and gas. 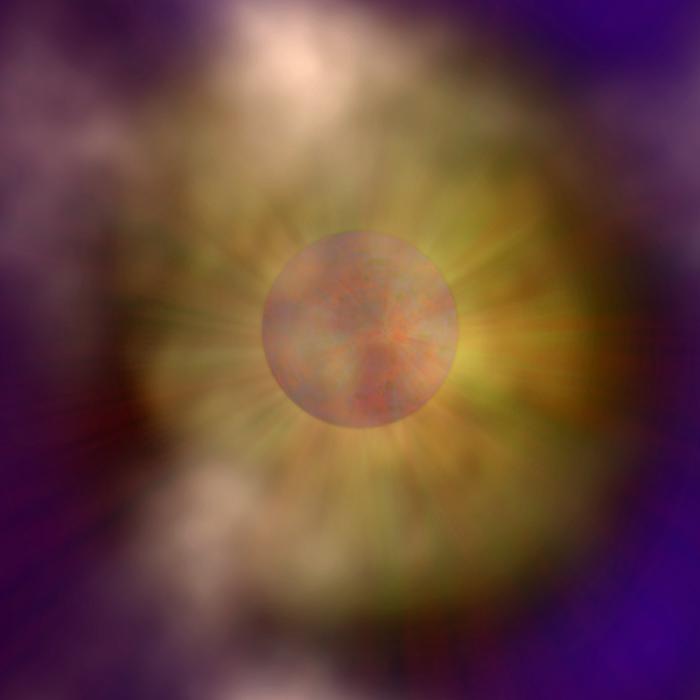 The presence of this thick cloud of dust has long been the main explanation as to why the missing neutron star has not been observed, but many astronomers were sceptical about this and began to question whether their understanding of a star's life was correct.

"We are confident that this neutron star exists behind the cloud and that we know its precise location. Perhaps when the dust cloud begins to clear up in the future, astronomers will be able to directly see the neutron star for the very first time."