Scientists at NJIT have developed high-capacity, printable-on-demand batteries for everyd

ay appliances that are designed to last nearly three times as long as those currently on store shelves.

Traditional AA and AAA cells have capacities of around 300 milliampere hours per gram (mAh/g), a measure of how long a battery will hold a charge. In results published earlier this year in the journal Energy Storage Materials, researchers Zhiqian Wang and Somenath Mitra demonstrated capacities as high as 750 mAh/g. 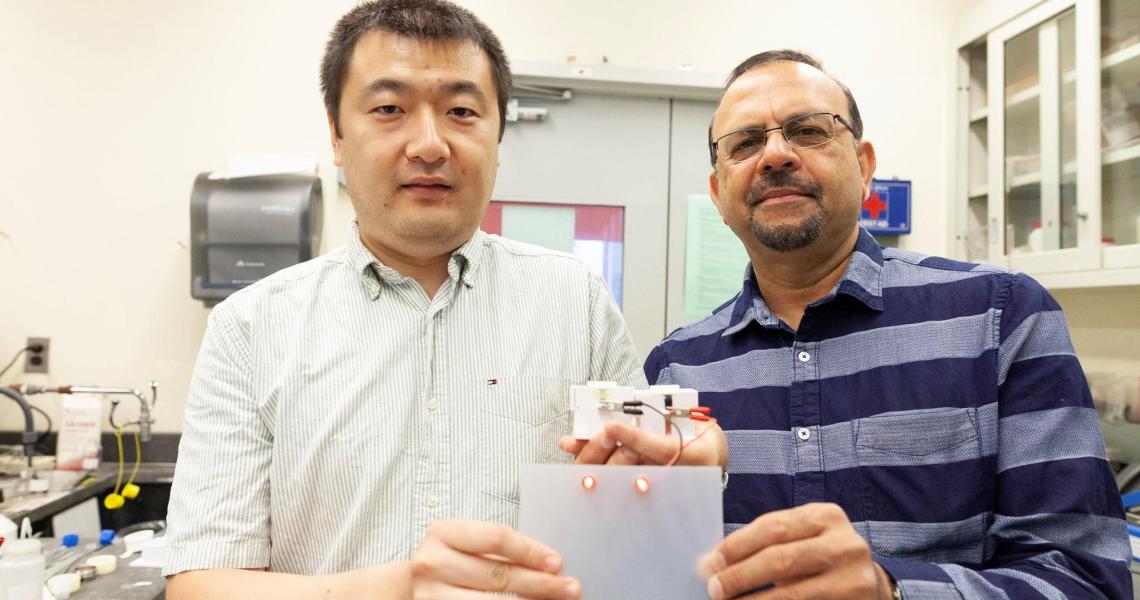 The difference, they say, is that the material used in conventional batteries – zinc and manganese dioxides – delivers fewer electrons per molecule than the periodate – iodine-based chemical compound – they created in the lab. Thus, it takes less of their material to produce the same charge, enabling both smaller, powerful batteries or ones of the same size that last longer.

“We initially designed these to be reserve batteries that a consumer could fabricate at any time during a power outage, for example,” said Mitra, a distinguished professor of chemistry and environmental science. “But in general, we are also looking for longer-lasting batteries to save energy and cut down on waste. Much of the current battery research is focused on lithium for large machines such as cars, but we felt it was important to improve the energy performance of consumer devices such as flashlights and watches as well.”

In developing a more energy-packed battery, the researchers looked at different classes of materials to see which produced multiple electrons per molecule and, critically, would not dissolve in the electrolyte. They then tested them for compatibility with other battery components and for ease of manufacture. While they use the same zinc anode in conventional batteries, they replaced the cathode with the periodate complex.

The batteries generate the same voltage as the alkaline cells now sold in stores and are therefore compatible in all common devices, and they can be fabricated in forms of D, AA, AAA and even flexible thin-film batteries.

They are designed for easy assembly. The researchers have developed 3-D-printed casings in which the periodate electrodes and the electrolytes are added to generate power. The casings are reusable, while the components inside can be replaced when depleted.

Wang and Mitra have filed a patent on their technology and are currently exploring commercial applications.

“Based on our early feedback, we project that an early application may be 9 V batteries that comprise several cells in a series,” said Wang, a research associate in Mitra’s group. “In the area of shrinking battery size, the biggest beneficiary will be printable batteries that aim to reduce the size so that they can be integrated into credit cards and other small devices.”