An article of the IKBFU Director of Institute of Physics, Mathematics and Informational Technology, Artyom Yurov and the Institute's Associate Professor, Valerian Yurov was recently published in European Physical Journal. The scientists have released their calculations, according to which the Universe may have quantum properties.

Artyom Yurov explained: "To begin with, let's remember what quantum physics is. Perhaps this is the most amazing phenomenon known to people. When scientists started studying atoms for the first time, they noticed that everything works "upside down" in the microcosm. For example, according to quantum theory, an electron may present in several places simultaneously. 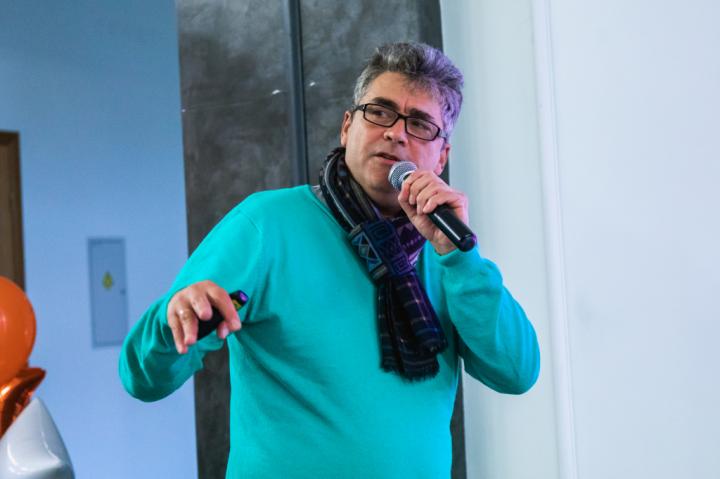 Try to imagine your cat simultaneously lying on the sofa and eating from its bowl that is in the other corner of the room. The cat is not either here or there, but in both places simultaneously. But the cat is there only BEFORE you look at it. The moment you start staring at it, it changes the position to EITHER the bowl OR the sofa. You may ask, of course, that if the cat acts so weird only when not observed by us, so how do we know that it actually acts this way? The answer is simple: math! If we are to try and gather statistical information about us looking at the cat (needed to estimate the number of cases when the cat was on the sofa and when - near the bowl), we won't have any information. This proves to be impossible if we consider the cat being EITHER near the bowl OR on the sofa. Well, it doesn't work like that with cats, but works fine for electrons.

When we observe this particle, it really appears in one place and we can record that, but when we do not observe it, it must be in several places at once. For example, this is what they mean in chemistry classes when they talk about electron clouds. No wonder poor children never understand this. They just memorize ... "

Yes, the cat is not some electron, but why? Cats consist of elementary particles, like electrons, protons, and neutrons. All the particles act the same when measured on the quantum level. So why a cat can't be in two places simultaneously?

And the other question is: what is so magical about our ability to "observe"? Because when we don't "observe", the object is being "smeared" all over the universe, but the moment we look at it - it is gathered in one place! Well, physicists don't say "gathered", they say "wave function collapsed", but those smart words actually mean "gathered" in one place as a result of observation! How are we able to do that? 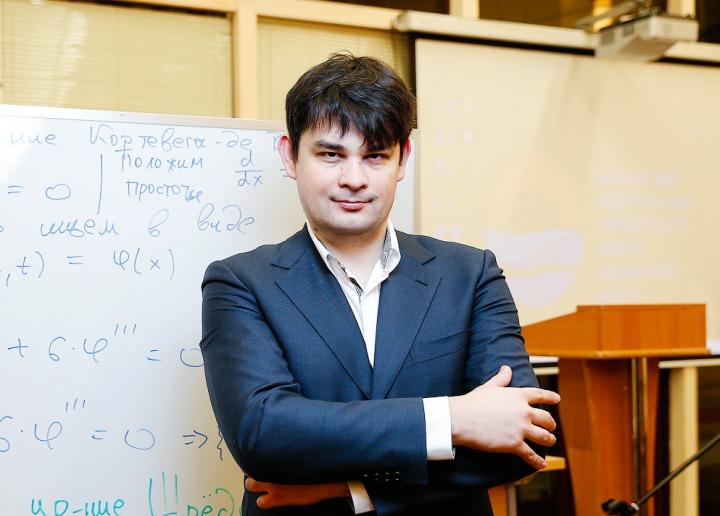 "Firstly, the answer to these complex questions appeared at the end of the last century, when such a phenomenon as decoherence was discovered. It turns out that indeed, any object is located in several places at once, in very many places. It seems to be spread throughout the universe. But if the object comes into interaction with the environment, even collides with one atom of a photon, he immediately "collapses". So there is no mystical abilities to cause quantum collapse by observation - this is due to interaction with the environment, and we are simply part of this environment.

Secondly, there is no absolute collapse as such. The collapse happens in the following way: if before interacting with the environment the object was "smeared" over two places, (we use "two places" to simplify, in reality it might be smeared over hundreds of thousands of places) but in fact, the object presents 99.9999% (and many, many nines after) of the time in one place, and a small remaining part of time in the second. And we observe it as being in one and only place! Everything happens in no time and the bigger an object is, the faster the "collapse". We cannot realize it or somehow register, as such devices simply do not exist. And they cannot be created".

According to Artyom Yurov, a long time ago his friend and co-author from Madrid, professor Pedro Gonzalez Diaz (unfortunately, long deceased) has presented an idea of the Universe having quantum properties.

Prof. Yurov said: "Back in the days I was skeptical about the idea. Because it is known that the bigger an object is the faster it collapses. Even a bacteria collapses extremely fast, and here we are talking about the Universe. But here Pedro asked me: "What the Universe interacts with?" and I answered nothing. There is nothing but the Universe and there is nothing it can interact with. Which, theoretically allows as to think of it as of a quantum object".

A human being and the facsimiles.

However, the impetus for writing a scientific article about the quantum nature of the Universe was not so much the idea of Pedro Gonzalez Diaz as the one that came out in 2007 scientific publication by Hall, Deckert, and Wiseman, who described those quantum miracles in the language of classical mechanics, adding some "quantum forces" in it.

That is, each location of the object is described as a separate "world", but it is believed that these "worlds" act on each other with real "forces". I must say that the idea of "many worlds" has existed for a long time and belongs to Hugh Everett. The idea of describing quantum effects by introducing additional forces also exists for a long time and belongs to David Bohm, but Hall, Deckert, and Wiseman were able to combine these ideas and build a meaningful mathematical model.

"And when Valerian and I saw this work in 2007," says Artyom Yurov, "it seemed to us that the mathematical formalism used in it allows us to look very differently at what Pedro said at the time. The essence of our work is that we took the equation that cosmologists use to describe the Friedmann-Einstein Universe, added "quantum forces" according to the HDV scheme, and investigated the solutions obtained. We managed to get some amazing results, in particular, it is possible that some puzzles of cosmology can receive unexpected coverage from this side. But the most important thing is that such a model is testable. "

It is too early to talk about what such a formulation of the question may lead to. The theory must also be confirmed by experiments (i.e., observations). But now it's obvious that scientists have come close to what can fundamentally change our understanding of the universe.