"I have seen the dark universe yawning,
Where the black planets roll without aim;
Where they roll in their horror unheeding, without knowledge or lustre or name."
--H.P. Lovecraft, Nemesis

Theoreticians in two different fields defied the common knowledge that planets orbit stars like the Sun. They proposed the possibility of thousands of planets around a supermassive black hole.

"With the right conditions, planets could be formed even in harsh environments, such as around a black hole," says Keiichi Wada, a professor at Kagoshima University researching active galactic nuclei which are luminous objects energized by black holes.

This is an artist's impression of planets orbiting a supermassive black hole. 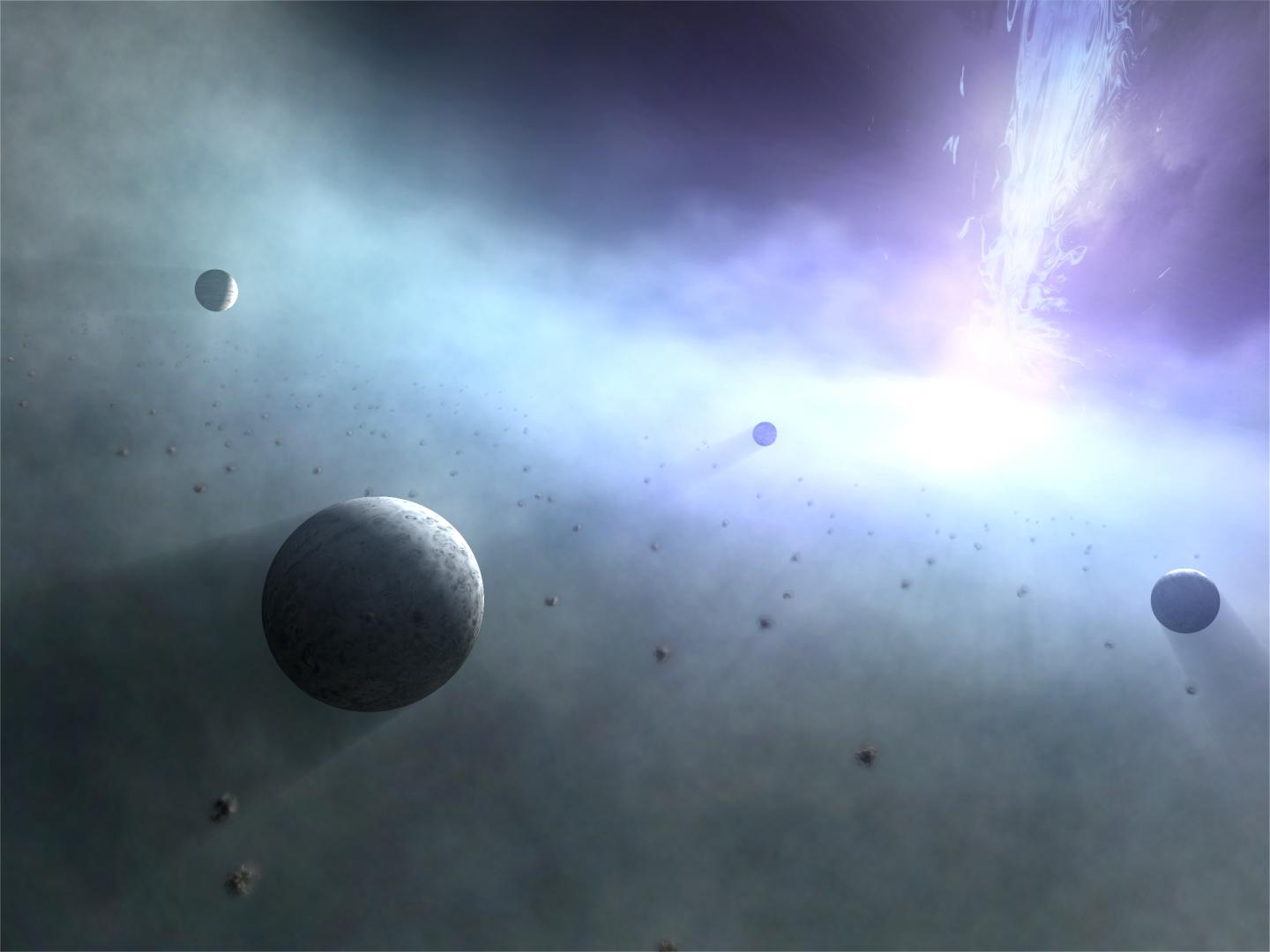 According to the latest theories, planets are formed from fluffy dust aggregates in a protoplanetary disk around a young star. But young stars are not the only objects that possess dust disks. In a novel approach, the researchers focused on heavy disks around supermassive black holes in the nuclei of galaxies.

"Our calculations show that tens of thousands of planets with 10 times the mass of the Earth could be formed around 10 light-years from a black hole," says Eiichiro Kokubo, a professor at the National Astronomical Observatory of Japan who studies planet formation. "Around black holes there might exist planetary systems of astonishing scale."

Some supermassive black holes have large amounts of matter around them in the form of a heavy, dense disk. A disk can contain as much as a hundred thousand times the mass of the Sun worth of dust. This is a billion times the dust mass of a protoplanetary disk.

In a low temperature region of a protoplanetary disk, dust grains with ice mantles stick together and evolve into fluffy aggregates. A dust disk around a black hole is so dense that the intense radiation from the central region is blocked and low temperature regions are formed. The researchers applied the planet formation theory to circumnuclear disks and found that planets could be formed in several hundred million years.

Currently there are no techniques to detect these planets around black holes. However, the researchers expect this study to open a new field of astronomy.