A violent explosion in a distant galaxy has broken the record for the brightest source of high-energy light in the Universe.

Artist Impression: The MAGIC Telescopes detected the highest-energy gamma-rays from a Gamma-Ray-Burst following the alerts issued by Swift and Fermi. 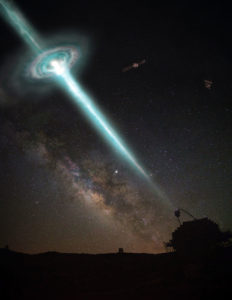 The light was emitted by a gamma ray burst, a brief but powerful cosmic explosion in a galaxy seven billion light-years away.

The research involved more than 300 scientists from around the world, and was published today in the journal Nature.

Astronomer and co-author Dr Gemma Anderson, from the Curtin University node of the International Centre for Radio Astronomy Research, said gamma ray bursts are among the most powerful explosions in the Universe.

“They are likely produced by a massive star being blown apart in a supernova, with the resulting explosion leaving behind a black hole,” she said.

“A typical burst releases as much energy in a few seconds as the Sun will in its entire 10-billion-year lifetime.”

Dr Anderson said gamma ray bursts appear in the sky without warning, about once per day.

“The bursts themselves usually only last a few seconds,” she said.

“But they have an afterglow that can be observed by telescopes like MAGIC for several minutes, and by radio telescopes for months or even years.”


On Jan. 14, 2019, the Major Atmospheric Gamma Imaging Cherenkov (MAGIC) observatory in the Canary Islands captured the highest-energy light ever recorded from a gamma-ray burst. MAGIC began observing the fading burst just 50 seconds after it was detected thanks to positions provided by NASA’s Fermi and Swift spacecraft (top left and right, respectively, in this illustration). The gamma rays packed energy up to 10 times greater than previously seen. 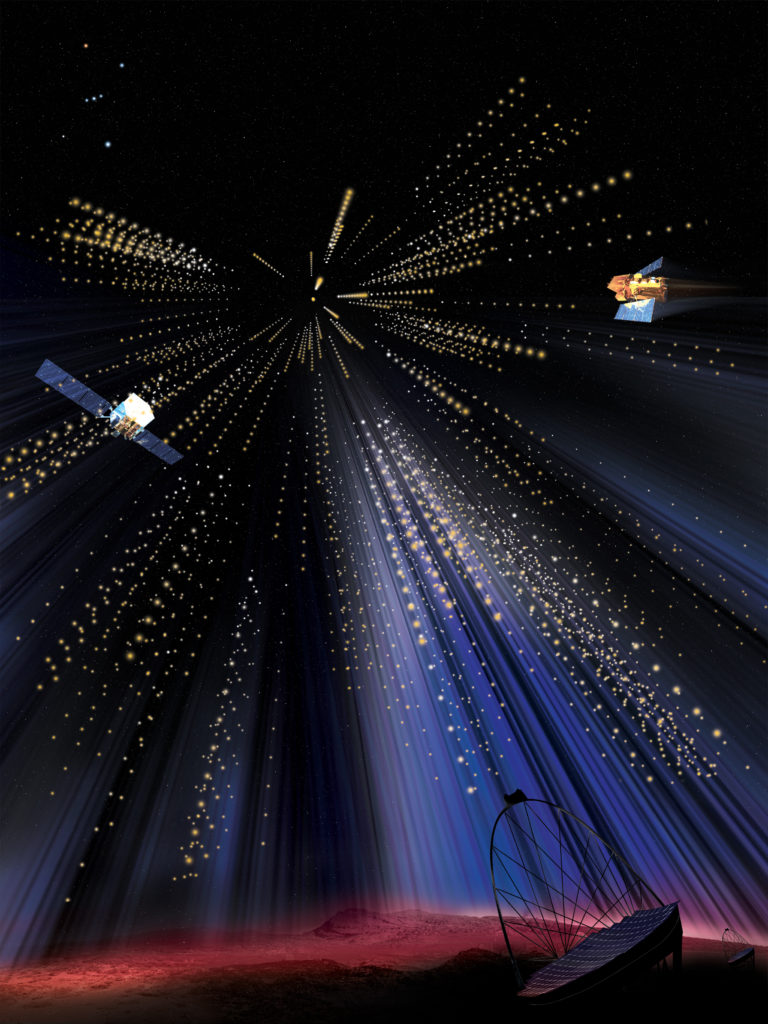 It was named GRB 190114C and, within 22 seconds, its coordinates were sent to astronomers around the world.

Among them were the operators of the twin Major Atmospheric Gamma Imaging Cherenkov (MAGIC) telescopes in the Canary Islands.

“The telescopes were able to observe the burst within 50 seconds of it appearing in the sky,” he said.

In the first seconds after they started observing, the MAGIC telescopes detected particles of light—or photons—from the afterglow that clocked in at between 0.2 and 1 teraelectron volts (TeV).

The fading afterglow of GRB 190114C and its home galaxy were imaged by the Hubble Space Telescope on Feb. 11 and March 12, 2019. The difference between these images reveals a faint, short-lived glow (centre of the green circle) located about 800 light-years from the galaxy’s core. Blue colours beyond the core signal the presence of hot, young stars, indicating that this is a spiral galaxy somewhat similar to our own. It is located about 4.5 billion light-years away in the constellation Fornax. 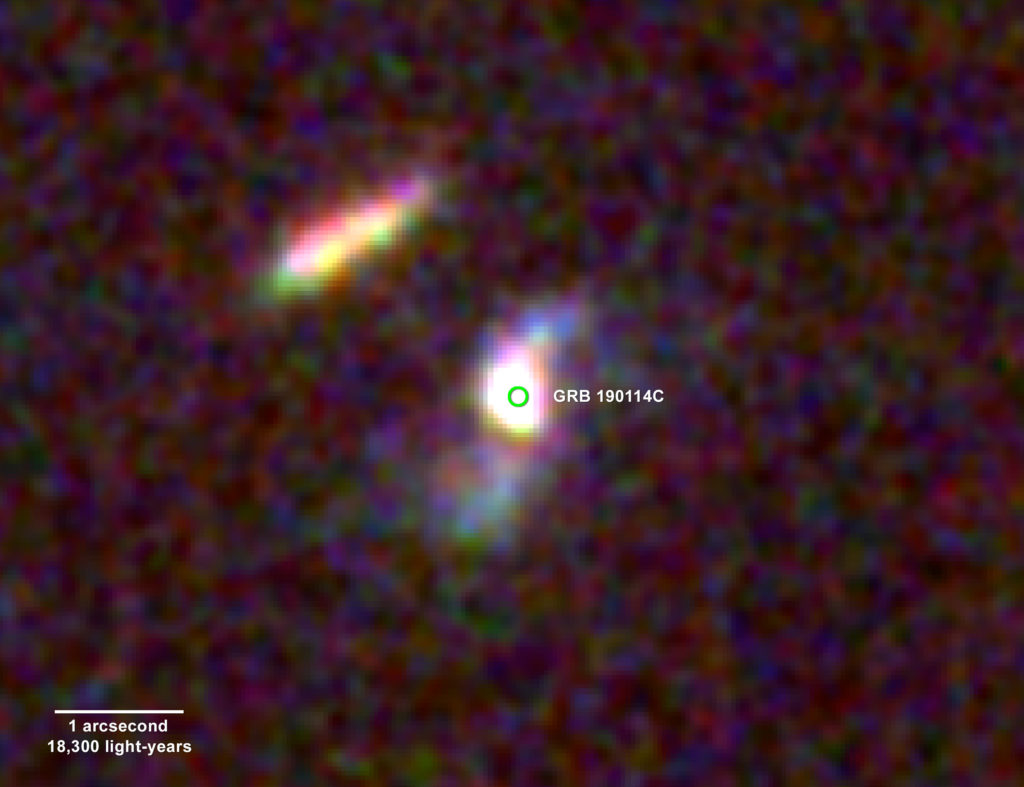 That’s equivalent to the amount of energy released by proton collisions in the Large Hadron Collider, the most powerful particle accelerator on Earth.

Dr Anderson said it is the first time such high-energy radiation has been detected from a gamma ray burst.

“It makes GRB 190114C the brightest known source of TeV photons in the Universe.”

The gamma ray burst was followed up by telescopes around the world, to pinpoint where the burst had originated from and its physical attributes.

That included observations of radio waves by Dr Anderson and collaborators in Australia and around the world, using the Australia Telescope Compact Array (ATCA).

Dr Anderson said the high-energy light was likely caused by the blast wave of material from the gamma ray burst hitting the surrounding environment.

“The photons probably weren’t generated in the explosion itself,” she said.