In a recent study published in PLOS One researchers from Hiroshima University and Nagoya Institute of Technology found that if you hold your car steering wheel at certain angles (1, 4, or 5 on the clock) then it’s likely you’re over or underestimating how much force you need to use to steer the car. 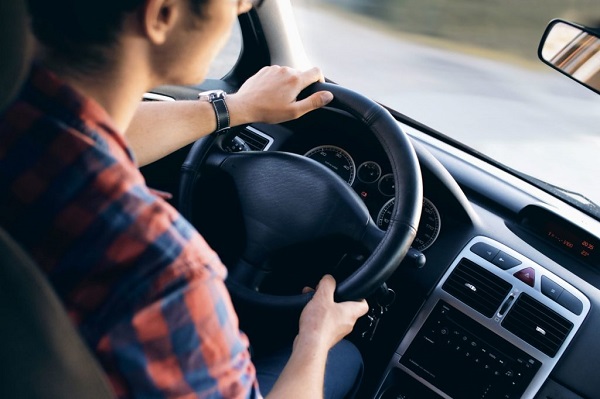 Photo by JESHOOTS.com from Pexels

There are many factors that go into how we perceive an object’s weight. Gravity, fatigue and sensory information such as color and texture are relayed to our brains and form our ideas of how heavy or large something is. Using this information, we calculate how much effort we need to pick something up or move it around. This is called force perception. Professor Yuichi Kurita and Mr. Yusuke Kishishita from the Biological System Engineering Lab, Graduate School of Engineering, Hiroshima University and Associate Professor Yoshihiro Tanaka from Nagoya Institute of Technology were interested in how sense of effort influenced force perceptual bias.

“Force perceptual bias is the mis-prediction of actual events. Almost all of the illusion is based on the gap between the prediction and the reality. For example, an object’s color can make it look bigger or smaller, so we predict that it is light or heavy before touching it,” explains Yusuke Kishishita, lead author of the paper. “Black makes objects look smaller while light colors make them look bigger,”. Darker colors make objects appear small, so they are heavier than expected and vice versa for light objects.

Most of our daily activities require us to have correct force perception including picking up a cup of tea, closing a door or driving. Incorrectly assuming how much force is needed to accelerate a little faster can lead to an accident. Force perception also affects how we steer the car. Arm position changes the way we use our muscles to perform tasks. An uncomfortable or strange position can make our sense of effort feel higher or lower, thus the object feels lighter or heavier than it actually is.

“When we drive, we don’t see the steering angle but we have to make a decision on how much force to use… if the bias affects the force perception that could cause us to badly control the steering wheel,” says Kishishita.

The participants were asked to perform tasks using this weighted steering wheel at 4 different angles.

This study used a weighted steering wheel where participants performed actions with it using one hand. The position of the arm was changed to see if the subjects perceived the resistance as greater or lesser when compared to a neutral posture (0 o). The modified positions were at 30o, 60o, -60o and -30o (similar to hands pointing to 1, 2, 4 and 5 on the clock). The participants were asked to perform a task using the steering wheel and differing weights. The research team used 3D motion capture to look at the posture and used algorithms to model the data. Using this method, the researchers could look at the whole arm and torso posture. Participants were also asked about how heavy the steering wheel was when compared to the neutral position. They reported a large change in the amount of force used at 30o, -60o and -30o i.e. these angles were the most biased.
“If we consider this bias, we can make cars safer to drive also give us a good feeling while driving,” says Kishishita.

Research in this area can also be useful for safety, like designing machines that account for this bias to reduce the number of human errors as well as for entertainment such as improving virtual reality environments.