Anyone who has tasted a hot chili pepper has felt the burn of capsaicinoids, the compounds that give peppers their spiciness, as well as possible health benefits. Related pepper compounds, called capsinoids, have similar properties, minus the heat, so they are attractive as potential functional food ingredients and supplements. Now, researchers reporting in ACS’ Journal of Agricultural and Food Chemistry have measured amounts of both compounds in three types of chili peppers as they ripen.

Researchers have measured the amounts of capsaicinoids and capsinoids in chili peppers as they ripen. 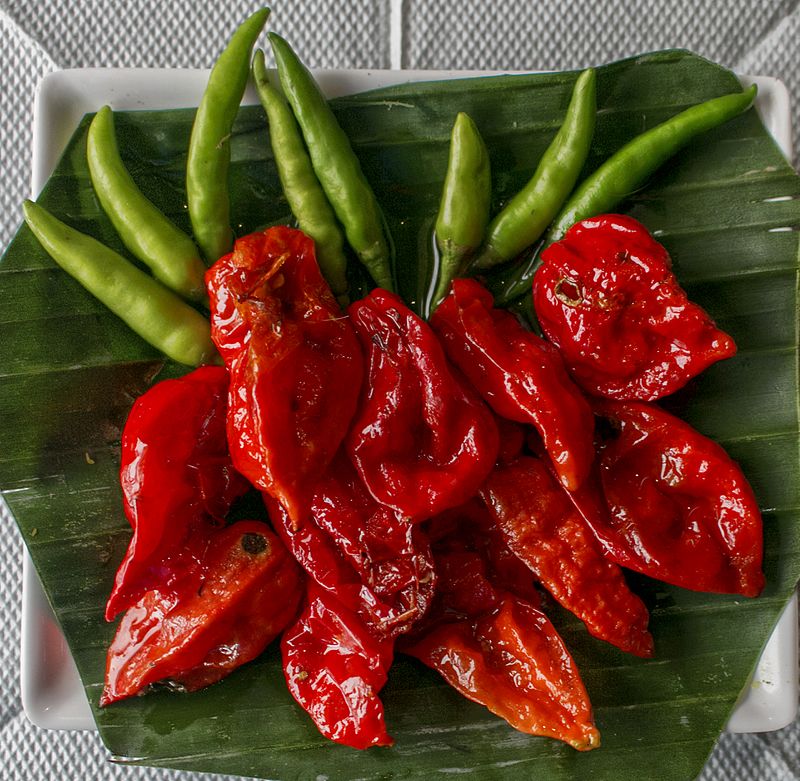 Hot peppers are cultivated all over the world for use as foods, spices and ingredients. The spiciness, or pungency, of chili peppers depends on the accumulation of capsaicinoids. Although capsinoids have similar structures to capsaicinoids, they are about 1,000 times less pungent. Scientists have reported health benefits for both groups of compounds, including antioxidant, anti-inflammatory, pain-relieving, anticancer and anti-obesity effects. ''

However, the lower pungency of capsinoids could make them more promising candidates for the development of drugs, supplements and functional foods. Ana Garcés-Claver and colleagues wanted to analyze the capsaicinoid and capsinoid content of three types of chili peppers as they ripened: the spicy Chiltepin and Tampiqueño 74 from Mexico, and the super-hot Bhut Jolokia from India.

The researchers grew and collected the three types of peppers at various stages of fruit development. Using a sensitive mass spectrometry technique, they found that capsinoids in all three peppers began to accumulate 20 days after flower opening, reaching a peak at 40 days, and then decreasing until 60 days after flowering. In contrast, capsaicinoid accumulation varied between the super-hot Bhut Jolokia and the other two peppers.

In Chiltepin and Tampiqueño 74, capsaicinoid accumulation followed a similar pattern, although at higher levels, as capsinoids. But in Bhut Jolokia, capsaicinoids were detected earlier (at 10 days post-flowering) and reached a maximum later (60 days post-flowering), allowing the pepper to accumulate much higher levels of the spicy compound. These results could guide future breeding studies to understand factors that affect capsaicinoid and capsinoid accumulation, the researchers say.

The authors acknowledge funding from the National Institute for Agricultural and Food Research and Technology (Spain), the European Regional Development Fund and the University of Cadiz.