A new genetic study carried out at the University of Helsinki and the University of Turku demonstrates that, at the end of the Iron Age, Finland was inhabited by separate and differing populations, all of them influencing the gene pool of modern Finns. The study is so far the most extensive investigation of the ancient DNA of people inhabiting the region of Finland.

Map: The Iron Age and the medieval burial sites investigated in the study include Levänluhta in Isokyrö, Luistari in Eura, Kirkkailanmäki in Hollola, Kalmistomäki in Kylälahti, Hiitola, and Tuukkala in Mikkeli (marked in the map with dark grey colouring). Burial sites from recorded history and the modern period investigated in the study include the Church of St Michael in Pälkäne, the Porvoo Cathedral, the Church of St Jacob in Renko, the Julin’s site in Turku and the Ryazan regimental Church in Hamina (marked with a light grey colouring). The image has been edited on the basis of the original (CC BY 4.0 licence

In the study, genes were investigated from archaeological bone samples of more than one hundred individuals who lived between the 4th and 19th centuries AD. Most of the samples originated in the Iron Age and the Middle Ages. Mitochondrial DNA (mtDNA), which is passed down by mothers to all of their offspring, was extracted from the individuals, thus uncovering the population history of women.

Based on the findings, the people who inhabited Finland in the Iron Age (approximately 300–1300 AD) and the Middle Ages (approximately 1200–1500 AD) shared mitochondrial lineages with today’s Finns. However, significant differences were seen in the genome of individuals buried in different burial sites in the Iron Age in particular. mtDNA lineages typical of Stone Age hunter-gatherers were common among those buried in Luistari, Eura (southwest Finland), and Kirkkailanmäki, Hollola (southern Finland). In Kylälahti, Hiitola (Republic of Karelia, Russia) and Tuukkala, Mikkeli (eastern Finland), the most common findings were lineages characteristic of ancient European farmer populations. The fifth Iron Age burial site included in the study is located in Levänluhta, western Finland. Many of the individuals buried there represented mtDNA lineages associated with the modern Sámi.

Medieval burial site of Kalmistomäki in Kylälahti, Hiitola in Russia. 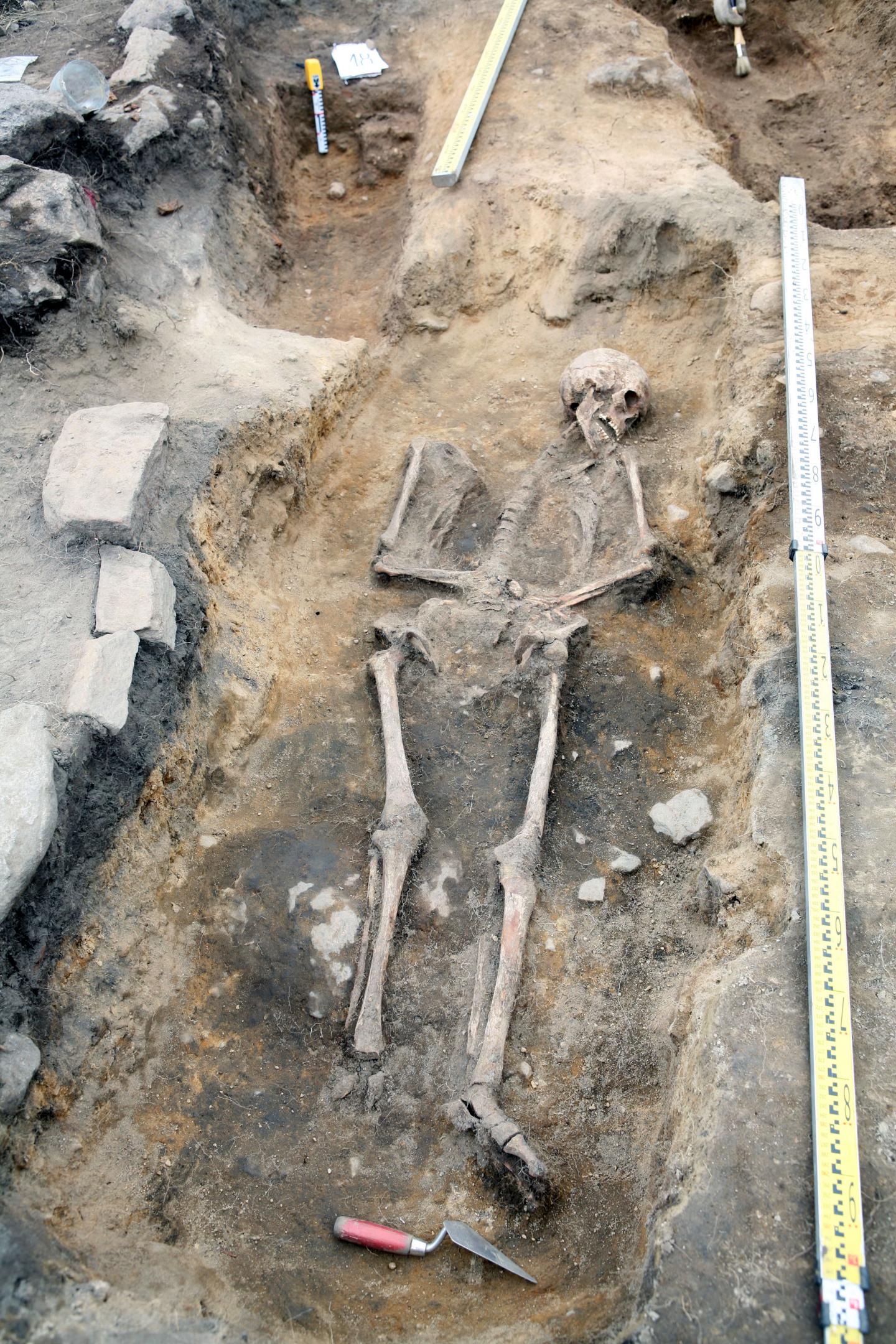 “All of the above originally independent lineages remain common in Finland to this day. This indicates that the studied Iron Age populations have had an impact on the gene pool of contemporary Finns,” says doctoral student Sanni Översti from the Faculty of Biological and Environmental Sciences, University of Helsinki.

The researchers posit that the differences found in the Iron Age populations of western and eastern Finland are opposite to those found in today’s Finns: the lineages associated with ancient farmers were more common in the east, while the lineages inherited from hunter-gatherers were more prevalent in the west. Farmer populations arriving in Finland not only from the west and south but also from the east provides a potential explanation for this.