New research led by scientists at the University of Bristol has shown that the feedback mechanisms that were thought to keep the marine nitrogen cycle relatively stable over geological time can break down when oxygen levels in the ocean decline significantly.

The nitrogen cycle is essential to all forms of life on Earth - nitrogen is a basic building block of DNA.

On Aug. 11, 2015, a NASA satellite captured this false-color image of a large bloom of cyanobacteria (Nodularia) swirling in the Baltic Sea. These cyanobacteria fix inorganic atmospheric nitrogen (N2) into a form available to Life, a process fundamental for marine ecosystems. In our paper we show that nitrogen fixation becomes even more important when the state of oxygenation of the ocean declines. 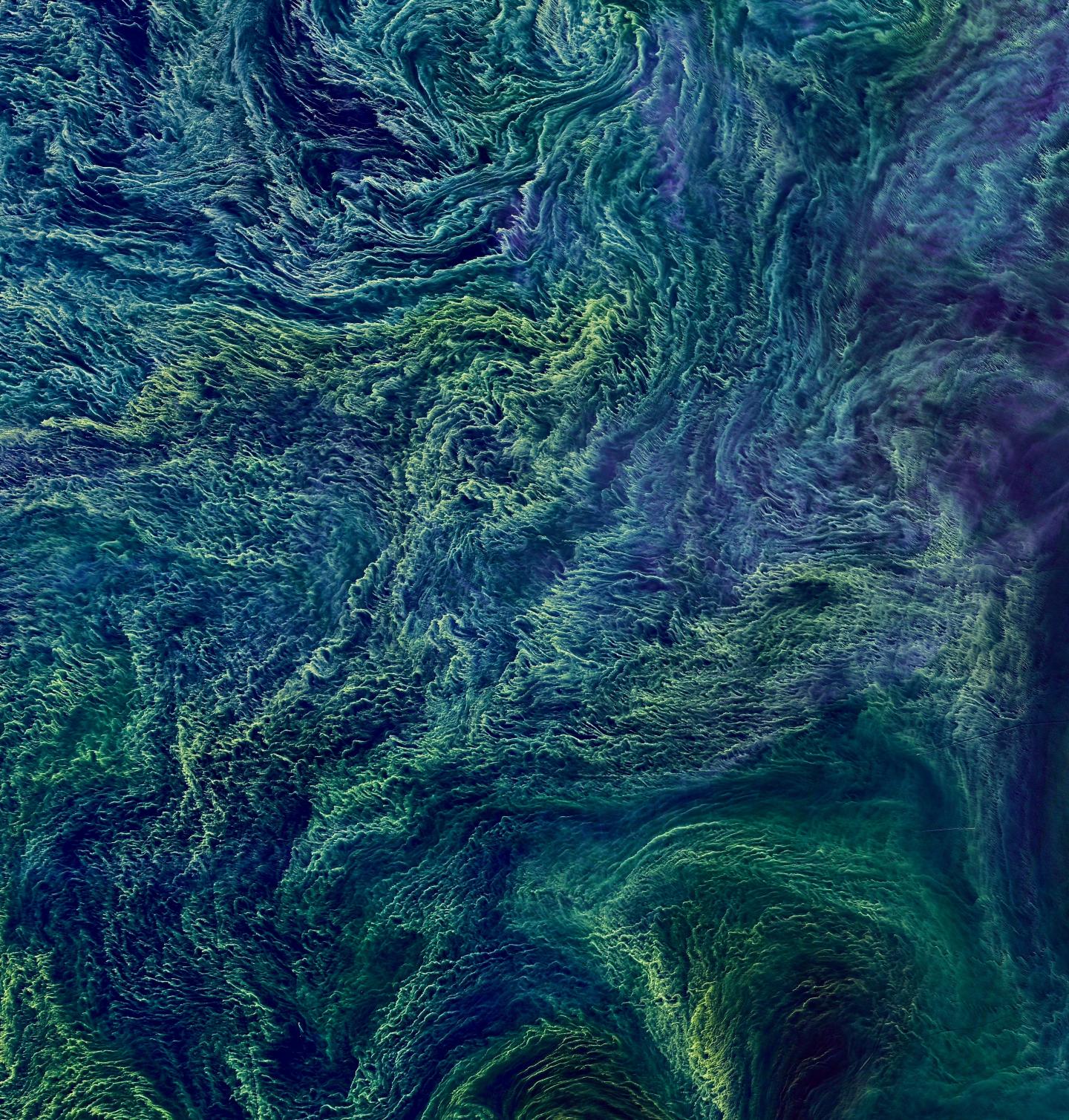 The team used a data-constrained earth system model to show show that under these deoxygenated conditions the ocean can become extremely depleted in nitrogen as the total bioavailable nitrogen inventory collapses relative to phosphorous.

At the same time the ocean transitions from an oxic-nitrate ocean to an anoxic ammonium ocean. The substantive reduction in the ocean bioavailable-N inventory in response to change in marine oxygenation may represent a key biogeochemical vulnerability.

Their findings are published today in the journal Proceedings of the National Academy of Sciences of the United States of America.

Lead author Dr David Naafs from the University of Bristol's School of Earth Sciences, said: "Our results demonstrate that changing the amount of oxygen in the ocean can have disastrous effects on vital biogeochemical cycles such as the nitrogen cycle, which is essential for all forms of Life."

Co-author Dr Fanny Monteiro, from Bristol's School of Geographical Sciences, added: "Our modelling results are in agreement with the sparsely available proxy data from the geological past."

Co-author Professor Ann Pearson from Harvard University, said: "Our modelling results show the impact of changes in ocean oxygenation on the marine nitrogen cycle for places and time periods for which we do not (yet) have sufficient proxy data."

The strength and state of the marine nitrogen cycle and biological pump in the ocean are highly susceptible to disruptions in the level of oceanic oxygen.

As oxygen levels in the oceans are currently declining and expected to decline significantly more in the coming decades due to anthropogenic activities, the results indicate that the marine nitrogen cycle might be significantly disrupted in the future.