Animals evolved from single-celled ancestors, before diversifying into 30 or 40 distinct anatomical designs. When and how animal ancestors made the transition from single-celled microbes to complex multicellular organisms has been the focus of intense debate.

Until now, this question could only be addressed by studying living animals and their relatives, but now the research team has found evidence that a key step in this major evolutionary transition occurred long before complex animals appear in the fossil record, in the fossilised embryos that resemble multicellular stages in the life cycle of single-celled relatives of animals.

The team discovered the fossils named Caveasphaera in 609 million-year old rocks in the Guizhou Province of South China. Individual Caveasphaera fossils are only about half a millimeter in diameter, but X-ray microscopy revealed that they were preserved all the way down to their component cells.

These are computer models based on X-ray tomographic microscopy of the fossils, showing the successive stages of development. 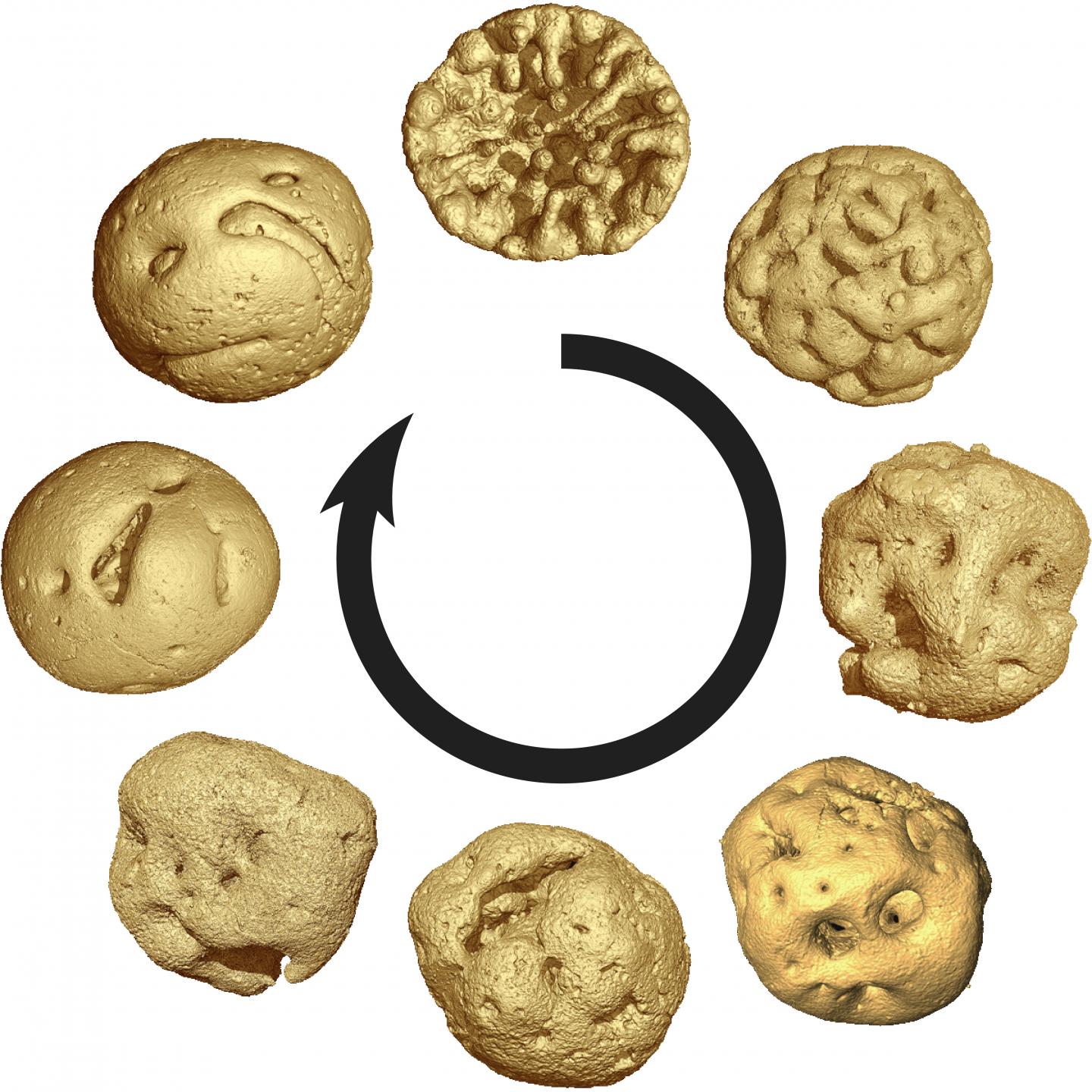 Kelly Vargas, from the University of Bristol's School of Earth Sciences, said: "X-Ray tomographic microscopy works like a medical CT scanner, but allows us to see features that are less than a thousandth of a millimeter in size. We were able to sort the fossils into growth stages, reconstructing the embryology of Caveasphaera."

Co-author Zongjun Yin, from Nanjing Institute of Geology and Palaeontology in China, added: "Our results show that Caveasphaera sorted its cells during embryo development, in just the same way as living animals, including humans, but we have no evidence that these embryos developed into more complex organisms."

Co-author Dr John Cunningham, also from University of Bristol, said: "Caveasphaera had a life cycle like the close living relatives of animals, which alternate between single-celled and multicellular stages. However, Caveasphaera goes one step further, reorganising those cells during embryology."

Co-author Stefan Bengtson, from the Swedish Museum of Natural History, said "Caveasphaera is the earliest evidence of this most important step in the evolution of animals, which allowed them to develop distinct tissue layers and organs".

An embryo of Caveasphaera showing its cellular structure and the growing tips where cells are increasing in number through division. This image was obtained using Scanning Electron Microscopy. The fossil specimen is less than half a millimetre in diameter. 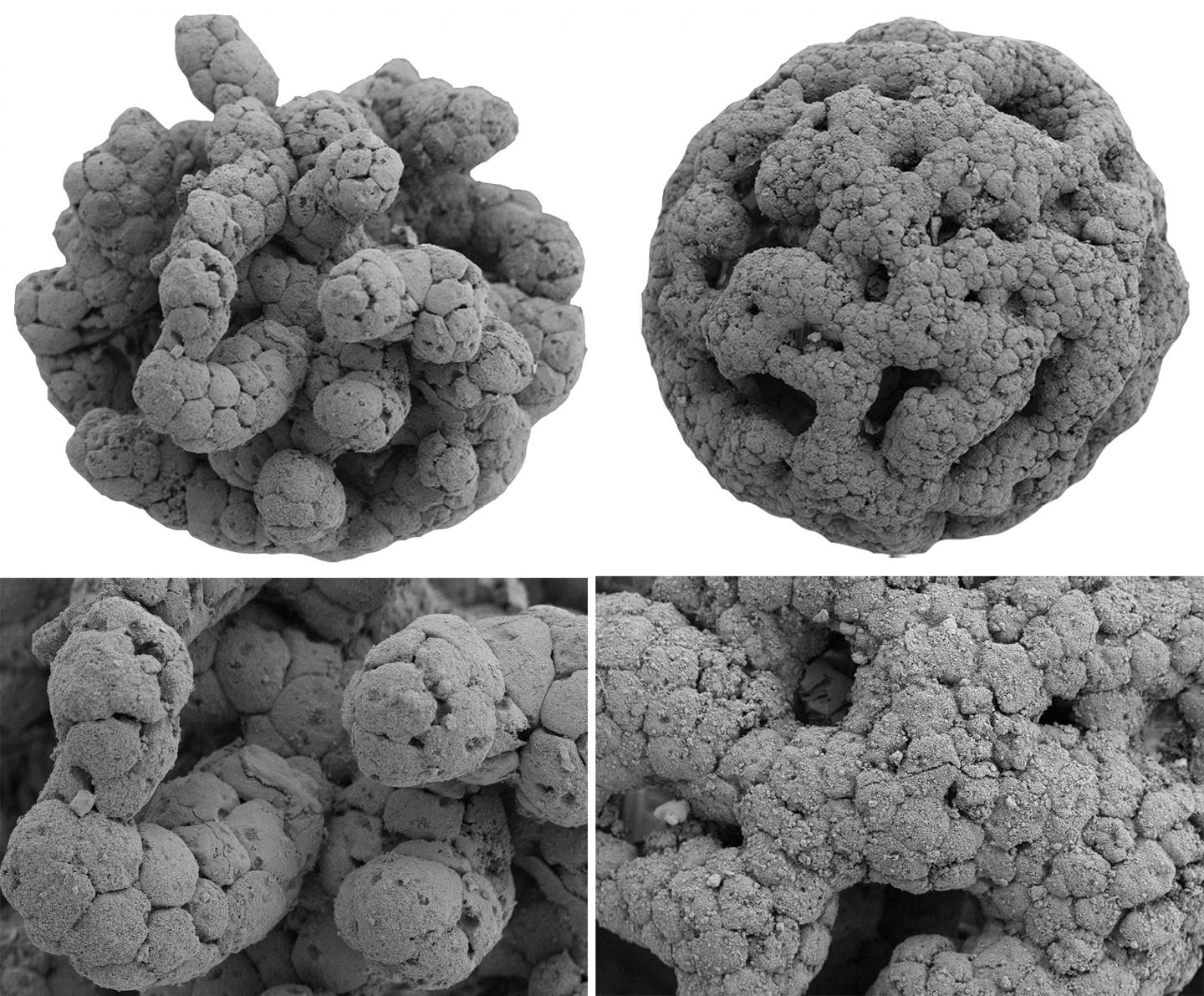 Co-author Maoyan Zhu, also from Nanjing Institute of Geology and Palaeontology, said he is not totally convinced that Caveasphaera is an animal. He added: "Caveasphaera looks a lot like the embryos of some starfish and corals - we don't find the adult stages simply because they are harder to fossilise

Co-author Dr Federica Marone from the Paul Scherrer Institute in Switzerland said "this study shows the amazing detail that can be preserved in the fossil record but also the power of X-ray microscopes in uncovering secrets preserved in stone without destroying the fossils."

Co-author Professor Philip Donoghue, also from the University of Bristol's School of Earth Sciences, said "Caveasphaera shows features that look both like microbial relatives of animals and early embryo stages of primitive animals. We're still searching for more fossils that may help us to decide.

"Either way, fossils of Caveasphaera tell us that animal-like embryonic development evolved long before the oldest definitive animals appear in the fossil record."

This research was funded through the Biosphere Evolution, Transitions and Resilience (BETR) programme, which is co-funded by the Natural Environment Research Council (NERC) and Natural Science Foundation of China (NSFC).