Warehouses a Future Thing of the Past? Highest-Throughput 3D Printer Is Future of Manufacturing

Northwestern University researchers have developed a new, futuristic 3D printer that is so big and so fast it can print an object the size of an adult human in just a couple of hours. 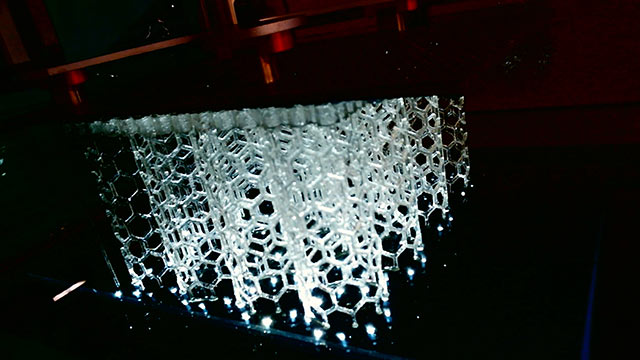 Called HARP (high-area rapid printing), the new technology enables a record-breaking throughput that can manufacture products on demand. Over the last 30 years, most efforts in 3D printing have been aimed at pushing the limits of legacy technologies. Often, the pursuit of larger parts has come at the cost of speed, throughput and resolution. With HARP technology, this compromise is unnecessary, enabling it to compete with both the resolution and throughput of traditional manufacturing techniques.

The prototype HARP technology is 13-feet tall with a 2.5 square-foot print bed and can print about half a yard in an hour — a record throughput for the 3D printing field. This means it can print single, large parts or many different small parts at once. 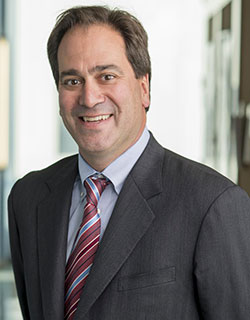 “3D printing is conceptually powerful but has been limited practically,” said Northwestern’s Chad A. Mirkin, who led the product’s development. “If we could print fast without limitations on materials and size, we could revolutionize manufacturing. HARP is poised to do that.”

Mirkin predicts that HARP will be available commercially in the next 18 months.

The work will be published Oct. 18 in the journal Science. Mirkin is the George B. Rathmann Professor of Chemistry in Northwestern’s Weinberg College of Arts and Sciences and director of the International Institute of Nanotechnology. David Walker and James Hedrick, both researchers in Mirkin’s laboratory, coauthored the paper.

HARP uses a new, patent-pending version of stereolithography, a type of 3D printing that converts liquid plastic into solid objects. HARP prints vertically and uses projected ultraviolet light to cure the liquid resins into hardened plastic. This process can print pieces that are hard, elastic or even ceramic. These continually printed parts are mechanically robust as opposed to the laminated structures common to other 3D-printing technologies. They can be used as parts for cars, airplanes, dentistry, orthotics, fashion and much more.

A major limiting factor for current 3D printers is heat. Every resin-based 3D printer generates a lot of heat when running at fast speeds — sometimes exceeding 180 degrees Celsius. Not only does this lead to dangerously hot surface temperatures, it also can cause printed parts to crack and deform. The faster it is, the more heat the printer generates. And if it’s big and fast, the heat is incredibly intense.

This problem has convinced most 3D printing companies to remain small. “When these printers run at high speeds, a great deal of heat is generated from the polymerization of the resin,” Walker said. “They have no way to dissipate it.”
‘Liquid Teflon’

The Northwestern technology bypasses this problem with a nonstick liquid that behaves like liquid Teflon. HARP projects light through a window to solidify resin on top of a vertically moving plate. The liquid Teflon flows over the window to remove heat and then circulates it through a cooling unit.

“Our technology generates heat just like the others,” Mirkin said. “But we have an interface that removes the heat.”

“The interface is also nonstick, which keeps the resin from adhering to the printer itself,” Hedrick added. “This increases the printer’s speed by a hundredfold because the parts do not have to be repeatedly cleaved from the bottom of the print-vat.”

Current manufacturing methods can be cumbersome processes. They often require filling pre-designed molds, which are expensive, static and take up valuable storage space. Using molds, manufacturers print parts in advance — often guessing how many they might need — and store them in giant warehouses.

Although 3D printing is transitioning from prototyping to manufacturing, current 3D printers’ size and speed have limited them to small-batch production. HARP is the first printer that can handle large batches and large parts in addition to small parts.

“When you can print fast and large, it can really change the way we think about manufacturing,” Mirkin said. “With HARP, you can build anything you want without molds and without a warehouse full of parts. You can print anything you can imagine on-demand.”
Largest in its class

While other print technologies have slowed down or reduced their resolution to go big, HARP does not make such concessions.

“Obviously there are many types of 3D printers out there — you see printers making buildings, bridges and car bodies, and conversely you see printers that can make small parts at very high resolutions,” Walker said. “We’re excited because this is the largest and highest throughput printer in its class.”

Printers on the scale of HARP often produce parts that must be sanded or machined down to their final geometry. This adds a large labor cost to the production process. HARP is in a class of 3D printers that uses high-resolution light-patterning to achieve ready-to-use parts without extensive post-processing. The result is a commercially viable route to the manufacturing of consumer goods.
Nano goes big

A world-renowned expert in nanotechnology, Mirkin invented the world’s smallest printer in 1999. Called dip-pen nanolithography, the technology uses a tiny pen to pattern nanoscale features. He then transitioned this to an array of tiny pens that channels light through each pen to locally generate features from photo-sensitive materials. The special nonstick interface used in HARP originated while working to develop this technology into a nanoscale 3D printer.

“From a volumetric standpoint, we have spanned over 18 orders of magnitude,” Mirkin said.