So-called "mega-structures" in ancient Europe were public buildings that likely served a variety of economic and political purposes, according to a study released September 25, 2019 in the open-access journal PLOS ONE by Robert Hofmann of Kiel University, Germany and colleagues.

Between 4100-3600BCE, the archaeological record in Eastern Europe reveals "giant-settlements" of the Tripolye culture that were home to many thousands of people. Recently, archaeological work at the giant-settlement of Maidanetske, Ukraine has uncovered evidence of so-called "mega-structures," large buildings of uncertain function also known from other similar sites. 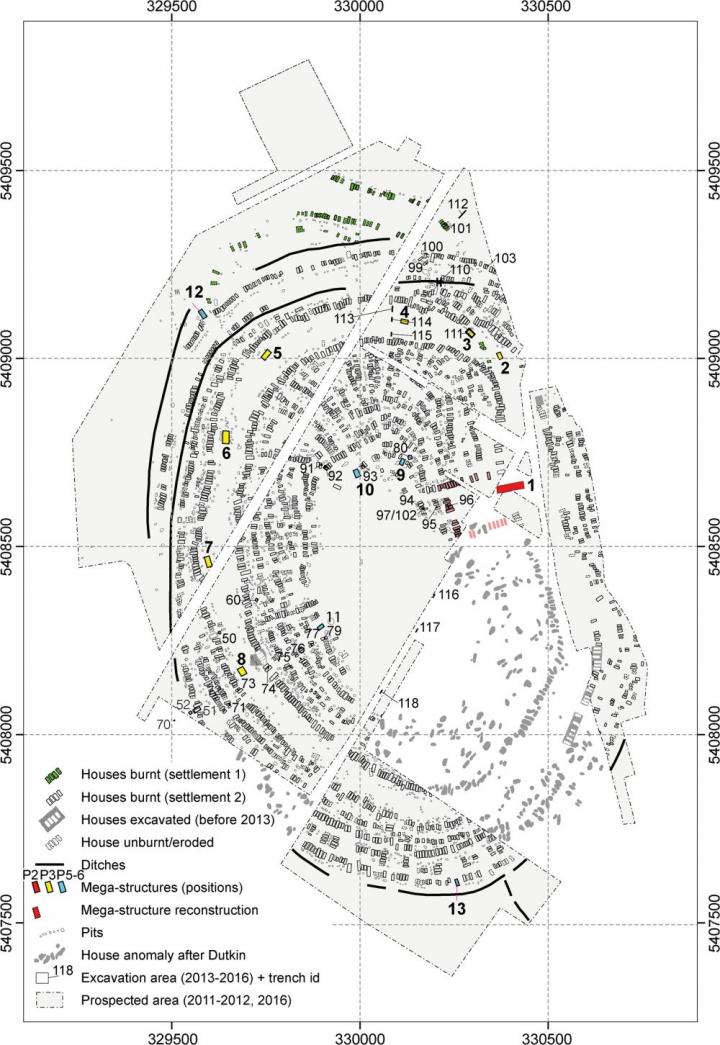 In this study, Hofmann and colleagues compare the mega-structures of Maidanetske to over 100 others from 19 other ancient European settlements to investigate their function. The highly public location of these structures within their settlements and the lack of evidence of permanent habitation within them led the researchers to conclude these were public spaces. They also document a hierarchy of mega-structures based on their architecture and location; some were apparently well-suited to serve the entire community, while others served smaller segments of the community. These lower-level structures are also observed to decline in use over the history of the settlements.

The authors suggest these buildings were likely used for a variety of ritual, economic, and decision-making purposes. The hierarchy of mega-structures may indicate that sequential decision-making at various levels of society was important for maintaining structure within such large populations. The team observed the disappearance of integrative buildings at lower and intermediate levels which is most likely the result of increasing centralization in power. This underlying institutional loss, presumably, led to social imbalances in decision making processes and made giant-settlements unmanageable. The city-like settlements collapsed around 3650 BCE.

Aerial view of the 200 ha large settlement area of the Tripolye mega-site Maidanetske with excavation areas. The construction of 3000 houses and the feeding of a population of several thousand people meant a considerable intervention in the landscape. The coexistence of 5000-15,000 people was also a great social challenge, which could only be met by establishing functioning political institutions for decision-making processes. 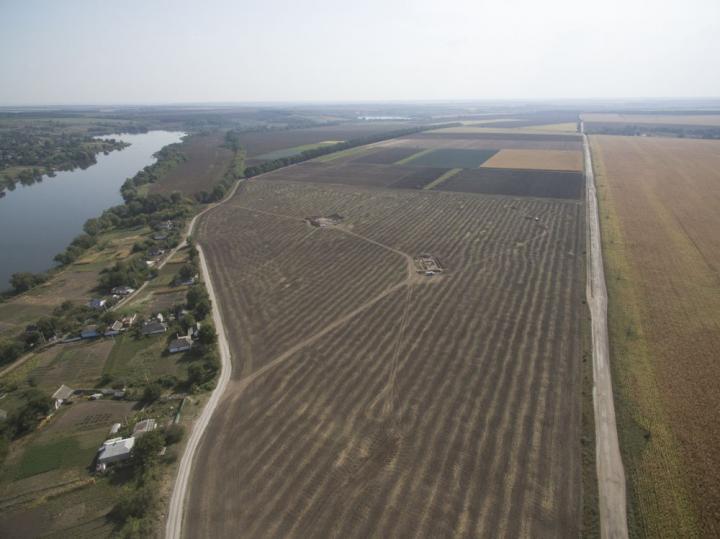 Hofmann adds: "The eldest protourban megasites of Europe collapsed after some generations around 3700 BCE, during which time they flourished with up to 10.000 inhabitants and attracted surrounding communities in the Northpontic forest steppe with their extremly fertile black soils.

Now our interdisciplinary study detected one reason for their collapse: a social imbalance in decision processes led to an increased centralisation of power structures. These did not allow the managment of the city-like settlements any longer. In consequence, these Tripolye megasites are an example, how humans should not govern. Nevertheless, in consequence urbanism devloped much later in Europe then in the Near East."