The Pectin is Protectin': Study Uncovers A Plant Barrier Against Toxic Aluminum

Aluminum toxicity has long been known to damage plant cells and inhibit the growth of plants. Aluminum is widely found in soils that are too acidic, and as human activities have increased soil acidity across the globe, aluminum toxicity has become a leading cause of low crop yield worldwide. While the effect of aluminum on plants is widely known, precisely how aluminum enters plant cells and causes harm is not well understood. In a new study published in Frontiers in Plant Science, researchers at the University of Tsukuba have found that an integral part of a plant's cell wall may play a role in protecting rice plants from soil aluminum.

The study focused on Oryza sativa, a species of rice widely grown in Asiatic countries. The group took advantage of a mutant strain of the rice called star1 (Sensitive To Aluminum Rhizotoxicity 1). As its name suggests, the mutant is highly sensitive to the toxic effects of aluminum, and its root tips grow very poorly when aluminum is in the soil. The mutant strain allowed the researchers to piece apart how rice plant cells respond, at the molecular level, to aluminum.

Aluminum toxicity is a major contributor to poor crop growth, especially in regions with acidic soils. How aluminum enters at the growing root tips of plants is not well understood. Researchers at the University of Tsukuba have found that pectin, a chemical component of the plant cell wall, may play a key role as a barrier to prevent aluminum from entering rice plants. The study sheds light on how rice plants may resist aluminum toxicity. 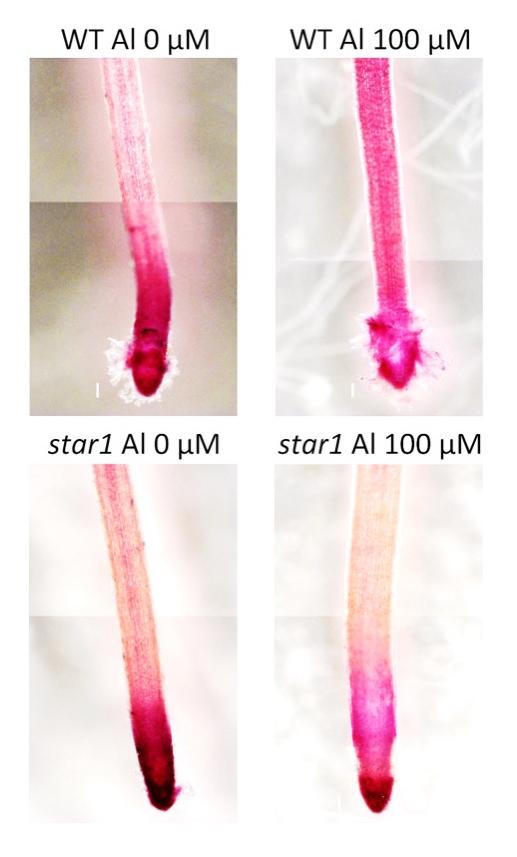 "Earlier work suggested that the cell wall somehow plays a mechanistic role in aluminum susceptibility, including a possible role by pectin," says Hiroaki Iwai, lead author of the study. "We focused on pectin because it is a major polysaccharide component of the cell wall, and because prior evidence suggests that the sensitivity of star1 to aluminum might be related to a pectin deficiency."

To confirm the suggestive evidence from other studies, the researchers measured pectin at the growing tips of the plant's roots, the site where aluminum is thought to make its way into the plant. Compared with the wild strain rice, the star1 mutant had notably lower levels of pectin. This seems to affect the accumulation of aluminum in the root tip: when root tips were soaked in a solution of aluminum, only the tips from star1 plants had taken up appreciable levels of aluminum. The wild form of the rice plant was apparently protected from aluminum, with very little of the element entering the plant.

"Our study suggests that the distribution of pectin in the root tip, particularly in the root border cells, plays a significant role in conferring aluminum tolerance," corresponding author Jun Furukawa concludes. "We believe that the pectin found in cell walls plays an outsized role in determining whether aluminum can penetrate into cells at the root tip. Pectin thus appears to serve as a major protective barrier against aluminum."