A new type of vaccine that can be stored at warmer temperatures, removing the need for refrigeration, has been developed for mosquito-borne virus Chikungunya in a major advance in vaccine technology.

The findings, published in Science Advances today [Wednesday 25 September], reveal exceptionally promising results for the Chikungunya vaccine candidate, which has been engineered using a synthetic protein scaffold that could revolutionise the way vaccines are designed, produced and stored.

Infectious diseases continue to plague populations worldwide. Among the means at our disposal to counter this threat, vaccination has proven to be exceptionally powerful. Smallpox has been eradicated, measles, polio and tetanus constrained from the world by vaccination. However, severe challenges to human health persist, evidenced by epidemics caused by Ebola, Zika and others. This is particularly severe in developing countries which often lack adequate infrastructure and resources to prevent or manage outbreaks, bringing about disruption and damage in affected communities and massive economic shortfall.

ADDomer: Synthetic multiepitope display scaffold for next generation vaccines. We developed ADDomer, a next generation synthetic vaccine that mimics features of Chikungunya virus, to efficiently prime the immune system to protect against this pathogen 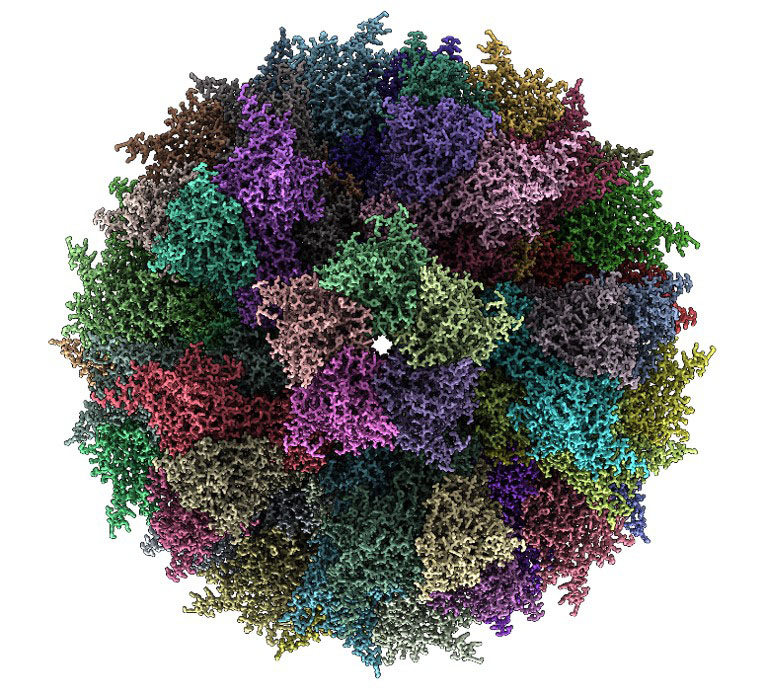 A recent example is Chikungunya, a virus transmitted by the bite of an infected mosquito. The disease causes crippling headache, vomiting, swelling of limbs and can lead to death. Even if a fever ends abruptly, chronic symptoms such as intense joint pain, insomnia and extreme prostration remain. Formerly confined to sub-Saharan Africa, Chikungunya has recently spread worldwide as its mosquito host leaves its natural habitat due to deforestation and climate change, with recent outbreaks in USA and Europe causing alarm.

Researchers from the University of Bristol and the French National Centre for Scientific Research (CNRS) in Grenoble, France, teamed up with computer technology giant Oracle to find a way to make vaccines that are thermostable (able to withstand warm temperatures), can be designed quickly and are easily produced.

"We were working with a protein that forms a multimeric particle resembling a virus but is completely safe, because it has no genetic material inside, said Pascal Fender, expert virologist at CNRS. "Completely by chance, we discovered that this particle was incredibly stable even after months, without refrigeration."

"This particle has a very flexible, exposed surface that can be easily engineered, added Imre Berger, Director of the Max Planck-Bristol Centre for Minimal Biology in Bristol. "We figured that we could insert small, harmless bits of Chikungunya to generate a virus-like mimic we could potentially use as a vaccine."

To validate their design, the scientists employed cryo-electron microscopy, a powerful new technique recently installed in Bristol’s state-of-the-art microscopy facility headed by Christiane Schaffitzel, co-author of the study. Cryo-EM yields very large data sets from which the structure of a sample can be determined at near atomic resolution, requiring massive parallel computing. 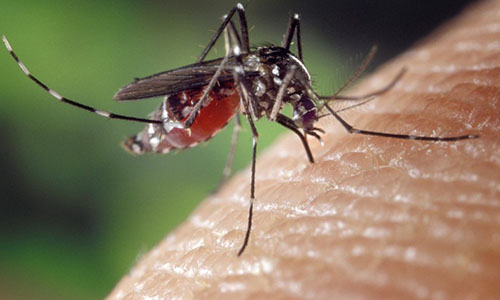 Enabled by Oracle's high-performance cloud infrastructure, the team developed a novel computational approach to create an accurate digital model of the synthetic vaccine. University of Bristol IT specialists Christopher Woods and Matt Williams, together with colleagues at Oracle, implemented software packages seamlessly on the cloud in this pioneering effort. Christopher explained: "We were able to process the large data sets obtained by the microscope on the cloud in a fraction of the time and at much lower cost than previously thought possible."

"Researchers have had a long tradition of building and installing their own super computers on-premises, but cloud computing is allowing them to run large data sets in record time, with fast connectivity and low latency. This is helping them crunch data and make scientific breakthroughs much faster. Going forward, technologies like machine learning and cloud computing will play a significant part in the scientific world, and we are delighted we could help the researchers with this important discovery," added Phil Bates, leading cloud architect at Oracle.

"We were thoroughly delighted," continued Imre Berger. "Viruses are waiting to strike, and we need to have the tools ready to tackle this global threat. Our vaccine candidate is easy to manufacture, extremely stable and elicits a powerful immune response. It can be stored and transported without refrigeration to countries and patients where it is most needed. Intriguingly, we can now rapidly engineer similar vaccines to combat many other infectious diseases just as well."

"It really ticks a lot of boxes," concluded Fred Garzoni, founder of Imophoron Ltd, a Bristol biotech start-up developing new vaccines derived from the present work. "Many challenges in the industry require innovative solutions, to bring powerful new vaccines to patients. Matching cutting-edge synthetic biology with cloud computing turned out to be a winner."

The authors would like to thank the Finovi Foundation, the Agence National de Recherche (ANR), the Elizabeth Blackwell Institute, the EPSRC, BBSRC, Wellcome Trust and GW4 for their support.