No Evidence That Power Posing Works

Striking a power pose before an important meeting or interview is not going to boost your confidence or make you feel more powerful, says an Iowa State University researcher.

The concept of power posing – think of a Wonder Woman stance – gained popularity after a 2010 study reported that people who adopted an expansive physical pose decreased cortisol levels (an indicator of stress), increased testosterone levels and felt more powerful and willing to take risks.

Amy Cuddy demonstrating her theory of "power posing" at PopTech 2011, that assuming a posture associated with authority alters hormone levels in the body.

However, Marcus Credé, an associate professor of psychology at Iowa State, says there is not a single study to support the claims that power posing works.

Not long after the original study was published it drew criticism because the results could not be replicated. In 2018, the researchers responded to critics by presenting an updated analysis of their own research and other studies on power posing to support their claims. In a new commentary, published by the open-access journal Meta-Psychology, Credé reviewed every study on power posing as well as the analysis the researchers provided and found a significant flaw. 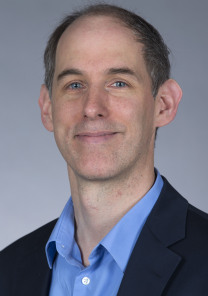 The lack of oversight is troubling, Credé said, knowing that dozens of researchers have worked on this issue and never identified the problem. What he finds even more concerning is the number of people who have bought into the concept. A TED Talk on power posing has been viewed more than 70 million times and a book on power posing was a New York Times bestseller.

“There has literally never been a study that compared a power pose to a normal pose and found any positive effect for a power pose,” Credé said. “I find this pretty stunning because of the multimillion-dollar industry that has been built up around power posing. It is not dissimilar to a drug being sold to the public without a single study ever having been able to show that the drug works better than placebo or doing nothing.”

Feelings of power diminished when compared to neutral pose

Only four of the nearly 40 studies that exist on power posing were designed in such a way as to shed light on the benefits, Credé said. One of those studies compared the effect of slouched, neutral and power poses on feelings of dominance. According to the findings, feelings of dominance were highest in the neutral position and the power pose was associated with diminished feelings of power.

Similarly, three other studies examined the three poses to determine the effect on mood. All reported significant differences in mood for different poses, but Credé says the results are driven by the negative effect of the slouching posture.

“The only conclusion researchers should draw from the existing literature on postural feedback is that contractive poses such as slouching should be avoided, which is hardly novel,” he said. “I recall my elementary school teachers yelling at us about slouching and not what has been sold here.”